The 'fourth industrial revolution' can power sustainable development, if we get it right

In March 2000, then UN Secretary-General Kofi Annan wrote in the Millennium Report that “the convergence of information technology, the Internet and e-commerce may well become as transformative as the industrial revolution. They will continue to alter the world’s economic landscape and reconfigure organizational structures.”

Fast-forward two decades and a “fourth industrial revolution” is here. It is being propelled by frontier technologies that are better, cheaper, faster, more scalable and easier to use than ever before. They relentlessly converge and recombine through digital platforms to accelerate change across multiple sectors.

The benefits can be of a magnitude that is difficult to imagine. As countries ride this wave, they must ensure that its undertow does not create polarization and deeper inequality. Disruption is not painless for everyone. 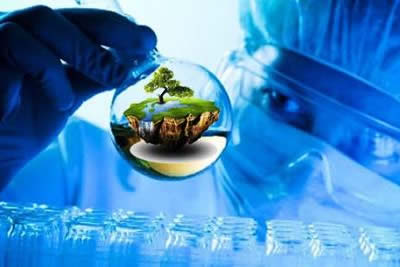 At the United Nations, we recognize that technology must be harnessed to deliver on the ambitious Sustainable Development Goals adopted in 2015 by member states.

There are many examples of how this can be done: big data analysis is helping to forecast the outbreak of deadly diseases and track epidemics; 3D printers are being used in refugee camps to produce cheap, custom-built prosthetic limbs; artificial intelligence is reading digital scans more accurately than doctors, freeing them for care in which the human touch is important.

Most of these achievements are made possible by the digitization of various technologies, expanding access to high-speed broadband and drastic cost reductions in technology. The cost of 1 gigabyte of hard drive storage capacity is now around $0.02, compared with more than $400,000 in 1980. And yet there is a serious risk that billions of people in developing countries being left behind.

UNCTAD research shows that even today many developing countries struggle to catch up in most of the fundamental technologies. In the world’s poorest countries, only one in six people currently use the Internet. But access is only part of the story.

The exponential character of frontier technologies ensures that the transition they have unleashed will move faster than before. While it took decades for social arrangements to catch up with technology-induced economic change in the past, adaptation must now take place swiftly if any new social contract is to keep pace.

At the national level, government intervention to create more jobs is an obvious starting point. Investing in paid care work, for example – both for the environment and people – could absorb large numbers in jobs that are not easily replaced by technology and create large multiplier effects.

Secondly, modern, resilient social protection networks become even more necessary, but they remain absent or fragile in too many countries.

Thirdly, public procurement can be used to steer the direction of investment in innovation toward endeavours that support achieving the Sustainable Development Goals, as governments have committed to do.

Finally, people will need to embrace lifelong learning for continuous topping-up of skills to meet changing job demands as an essential component of any new social contract. Building and upgrading digital skills – particularly for women and girls – is paramount.

These issues and more will be taken when UNCTAD hosts the 21st annual session of the United Nations body for science, technology and innovation in relation to sustainable development – the Commission on Science and Technology for Development (CSTD) in Geneva.

Together we can work towards finding solutions to some of the ethical and governance issues that have arisen across various technologies – from the implications of using artificial intelligence in everyday applications to the ethics of life sciences.

All stakeholders in development must do more to ensure that change does not become fate, that the bounty of technology is widely shared, that this time progress makes the planet cleaner, healthier and wealthier for generations to come.

First published by Thomson Reuters Foundation News on 3 May 2018