Great minds from governments, academia and business gather to probe the social and economic benefits of scientific progress for people living in developing countries.

With rapid advances in science, technology and innovation revolutionizing industries and changing societies, the 21st session of the United Nations Commission on Science and Technology for Development (CSTD) gathers government ministers, leading scientists and innovators on 14–18 May to discuss how best to harness technological progress to improve lives and achieve the Sustainable Development Goals.

“Together we can work towards finding solutions to some of the ethical and governance issues that have arisen across various technologies,” UNCTAD Secretary-General Mukhisa Kituyi said.

“All stakeholders in development must do more to ensure that change does not become fate, that the bounty of technology is widely shared, that this time progress makes the planet cleaner, healthier and wealthier for generations to come.” 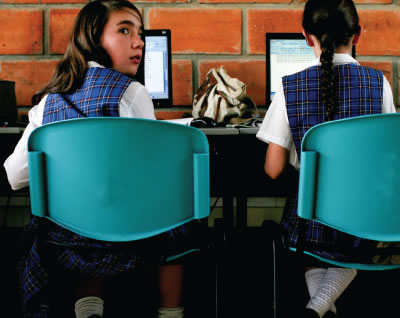 The weeklong event kicks off with a meeting of two great minds – Nobel Prize winning chemist Professor Jacques Dubochet and Sir Roger Penrose, the renowned mathematician and physicist. The distinguished scholars will discuss recent trends in science and their implications for the future of the world.

The event, taking place from 11:00 AM CET on 14 May in Room XVII of the Palais des Nations, Geneva, and moderated by CNBC Europe journalist Didi Akinyuelure, will be livestreamed on Facebook (@UNCTAD).

Later on 14 May, at 15:00 PM CET, the impact of rapid technological change on the achievement of the Sustainable Development Goals will be discussed by an eminent panel including:

This event, moderated by Andrew Revkin, former New York Times writer and Strategic Advisor for Environmental and Science Journalism for the National Geographic Society, will also be livestreamed.

Topics raised will include how to build digital skills to benefit from technological advances – with a specific focus on women and young people – and using innovation to increase the share of renewable energy.

In the next 10 years between up to 375 million workers may need to re-skill themselves for new jobs in the wake of widespread automation. Estimates suggest that by 2020 more than 85% of jobs will require information and communication technology skills.

Multiple divides make this difficult: just one in three young people in the least developed countries (LDCs) has access to the internet, while the share of women in the LDCs using the internet is 33% less than men.

Innovative approaches will be needed to close such digital divides across countries and genders and build digital competencies.

Countries are choosing different approaches to ready their workforce: some are integrating digital competencies alongside reading and mathematics in their basic education curricula, while others focus on aligning their tertiary education with new technologies to make them relevant to future jobs.

The CSTD will also investigate policies to increase the share of renewable energy substantially by 2030, which is part of Sustainable Development Goal 7 on access to clean, modern energy.

Achieving this goal is not an end in itself but as a means to improve outcomes in poverty, health, education and employment all of which require access to modern energy services.

Globally 1.1 billion people have no access to electricity, of which 85% live in rural areas. Additionally, 2.8 billion people do not use clean forms of energy for cooking, which has adverse effects on health, particularly women’s health, on society and on the environment.

The CSTD will debate system-wide approaches, such as those advocated by UNCTAD in its most recent LDC Report, that prioritize the productive use of energy toward economic structural transformation, thereby enabling the achievement of many other Sustainable Development Goals.

The 21st session will also include an update on the progress made in the implementation of the outcomes of the World Summit on the Information Society (WSIS), and first insights from Science, Technology and Innovation Policy Reviews, undertaken by UNCTAD, of Ethiopia and Uganda.

The United Nations CSTD is the main platform in the UN system that addresses science and technology questions in the context of development.

Representatives from national governments, private sector, academia, civil society and regional and international agencies come together to discuss recent developments in science and innovation with a focus on their policy relevance for development.