Developing countries seek to rejuvenate and leverage their cooperation to make progress on the global goals.

South-South trade offers promising opportunities for developing countries in the face of uncertainties arising from heightened trade tensions and the impasse in multilateral processes.

Revitalizing South-South trade cooperation under the Global System of Trade Preferences (GSTP) is therefore an urgent task, said delegates during the 31st session of the Committee of Participants held on 17 October at the Palais des Nations in Geneva, Switzerland.

However, various challenges have emerged over the years that have affected the GSTP’s ability to fully deliver its potential. The level of engagement of participating countries has gradually declined, and its intergovernmental machinery has lost its initial momentum. 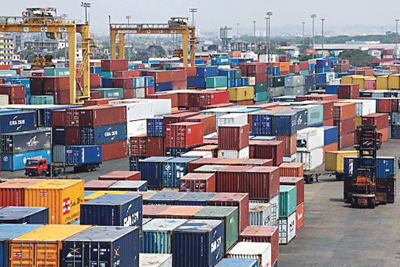 “But as we meet here today, the revitalization of GSTP is a necessity for several reasons,” said Alaa Youssef, Egypt’s ambassador to the UN in Geneva and chair of the committee.

Since 2009 the global economy has entered a time of slow growth generally, therefore fully implementing the existing agreement, the results of the São Paulo round, could bring substantial economic gains, according to UNCTAD’s policy brief on the issue.

Trade tensions and the impasse in multilateral processes have made it important to explore all forms of cooperation, particularly on a South-South scale. The recent Second High-Level United Nations Conference on South-South Cooperation (BAPA+40) held 20-22 March 2019 in Buenos Aires, Argentina, called for the strengthening of South-South trade cooperation, including under the umbrella of the GSTP.

“As we prepare for the UNCTAD 15 conference next year in Barbados, the revitalization of the GSTP could make an important contribution to the conference and send a strong signal to the international community on the value of South-South cooperation in the implementation of the Sustainable Development Goals,” Mr. Youssef said.

“Unfortunately, following the conclusion of the São Paulo Round in 2010, we seem to have witnessed that the zeal for upholding South-South cooperation has waned, and the GSTP has gradually fallen into passivity,” said UNCTAD’s director of international trade and commodities, Pamela Coke-Hamilton.

“However, we cannot allow this situation to continue. The GSTP remains a unique instrument for South-South trade cooperation of contemporary value, which should be capitalized and leveraged by its members and other developing countries,” she said.

Ratification by Uruguay and Argentina

The committee also welcomed ratification of the São Paulo Protocol by Uruguay and Argentina as important steps towards effective implementation of the protocol, which is vital for the revitalization of the GSTP.

The third round of the GSTP negotiations (“the São Paulo Round”) was concluded in December 2010 at a ministerial meeting in Foz do Iguaçu, Brazil. Ratification by at least four signatories is required for the entry into force of the São Paulo round results. To date, three signatories have ratified the protocol containing the round results. One additional ratification is pending for its entry into force.

In 2017 and 2018, Uruguay and Argentina respectively ratified the São Paulo Round Protocol. Since both countries are members of Mercosur, a customs union, ratification by all its members is necessary for the protocol to be deemed to be ratified by Mercosur as a group.

Discussing the case for enhancing the GSTP as a major platform for South-South trade cooperation and possible options to achieve that goal, developing country members of the GSTP highlighted the importance of a renewed commitment by all its members. UNCTAD 15 is expected to provide an opportunity to profile the revitalization of the GSTP.