As multilateralism fails to provide many developing countries with the tools they need to respond to the COVID-19 pandemic, regional cooperation offers hope to building back better. 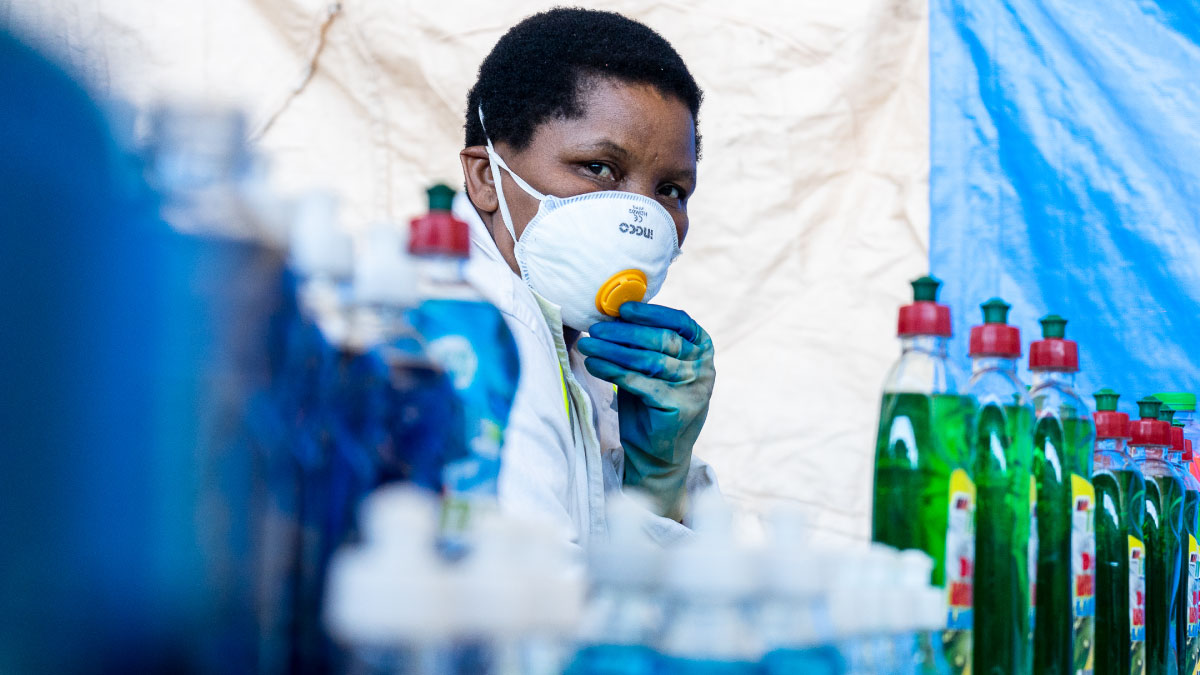 With the international trading system failing to deliver to developing countries the goods they need to recover from the COVID-19 crisis, regional integration has become more critical than ever, UNCTAD’s 15th quadrennial conference (UNCTAD15) heard on 6 October.

The glaring example of this failure has been the shocking asymmetries in vaccine distribution, panellists at a high-level round table said.

About 75% of COVID-19 shots have so far gone to high and upper-middle-income countries, with low-income countries receiving less than half of 1%, according to the World Health Organization.

“The current international trading system has so far failed to provide many developing economies with the opportunity to build back better,” UNCTAD Secretary-General Rebeca Grynspan said as she opened the discussion.

“In this light,” she added, “it is critically important to conceive regional integration and cooperation arrangements as part and parcel of an enabling environment for a more resilient, inclusive and sustainable future.”

Imported goods undergo multiple inspections to verify that they meet the destination country’s standards and regulatory requirements. This hinders trade and creates additional costs for businesses.

Regional integration has long been a tool to reduce border protection but can also effectively address behind-the-border non-tariff measures, whose trade costs are now two to three times higher than that of tariffs, according to UNCTAD.

“Competition policy is important because it goes hand in hand with trade,” said Eleanor M. Fox, a professor of trade regulation at New York University.

“It attacks the private powers that create scarcities and frustrate trade,” she added. “It opens markets to those people without power, so that they can become the ones who supply the goods, even the vaccines.”

“Regionalism is necessary for a freer flow of trade and competition that will push down prices and increase production,” she said.

One way that regional integration allows for economies of scale is by creating a larger “domestic” market for local businesses.

Having access to a bigger market would help develop an African pharmaceutical industry capable of meeting the needs of the continent’s population, said Albert Muchanga, the African Union’s commissioner for economic development, trade, industry and mining.

“Africa is dependent on vaccine imports and donations,” Mr. Muchanga said, “and this has the danger of slowing recovery and resilience.”

African companies currently manufacture less than 2% of the medicines consumed on the continent. As a result, he said, roughly half of Africans lack regular access to the most essential medicines.

By creating a common market of over 1.3 billion people, the African Continental Free Trade Area (AfCFTA) is expected to give a major boost to Africa’s pharmaceutical industry by resolving “the challenges of small and fragmented markets,” he said.

An unfragmented AfCFTA market would be as big as India’s domestic market, which Mr. Muchanga said was key to the country’s ability to build a pharmaceutical sector that has become the world’s largest provider of generic drugs and a key supplier of the multilateral COVAX initiative to provide equal access to COVID-19 vaccines.

There are now over 300 RTAs in force, and a growing number have sought to promote more than trade, including provisions on labour, the environment, climate change, gender and human rights.

“Recovery and progress on the economic front should lead to environmental and social progress,” Commonwealth Secretary-General Patricia Scotland said. “Otherwise, it is not going to be sustainable.”

Barbados’s economic affairs and investment minister, Marsha Caddle, said the Caribbean Community (CARICOM) is working to ensure that, as people move and integrate into regional markets, their social protection rights move with them.

“We have to remind ourselves that there is a key social element to all our macroeconomic and trade policies,” Ms. Caddle said. “We cannot have conversations about inclusiveness if we don’t also have a conversation about a regional framework for social protection and social protection benefits.”

But while such broad-based regional development provisions are a key step towards building a resilient, inclusive and sustainable future for all, implementation mechanisms are needed to turn them into effective instruments of change.

“The task ahead,” she added, “is to galvanize the spirit of regional solidarity to help ensure an inclusive and sustainable recovery.”