​Foreign direct investment (FDI) inflows to South-East Europe, the Commonwealth of Independent States (CIS) and Georgia (known as "transition economies") fell by more than half to $48 billion in 2014, according to UNCTAD's World Investment Report 20151.

Geopolitical risk and regional conflict weighed heavily on FDI flows into the transition economies of the CIS. The Russian Federation − the country that receives the most FDI in the region − saw its flows fall by 70 per cent to $21 billion because of the country’s negative growth prospects as well as an adjustment after the exceptional level reached in 2013. FDI flows to Kazakhstan fell by 6 per cent in 2014 while flows to Azerbaijan almost doubled to $4.4 billion (Figure 1).

In South-East Europe FDI flows remained flat at $4.7 billion. Foreign investors mostly targeted the manufacturing sector, buoyed on the back of competitive production costs and access to European Union (EU) markets. Serbia and Albania, both candidates for accession to the EU, remained the largest recipients of FDI flows in the sub-region at $2 billion and $1 billion, respectively.

In 2014, multinational enterprises from developing and transition economies became the largest investors in the region in terms of value of announced greenfield investment projects. China, with projects worth more than $8 billion, is by far the largest announced greenfield investor in the region. Among the top 10 greenfield projects announced, seven were by Chinese investors (Table 1). In 2014, China became the fifth largest FDI investor in Russia, up 13 positions since 2007.

Developed-country multinational enterprises continued their divestments in 2014, selling their assets to either domestic or foreign investors. For example, ENI Spa (Italy) sold 60 per cent of Arctic Russia BV – an oil and gas exploration and production company – to OOO Yamal Razvitiye of Russia for $3 billion.

FDI outflows from transition economies fell by 31 per cent to $63 billion. Natural-resources-based multinational enterprises, mainly from Russia, reduced their investments abroad in the face of constraints in international financial markets, low commodity prices and strong depreciation of the Russian currency, the rouble.

Sanctions against Russia, coupled with a weak economy and other factors, began to affect both inward and outward FDI in the second half of 2014. FDI inflows were especially hit in natural resource-related projects, where some asset-swaps deals were cancelled – for example, BASF (Germany) and Gazprom (Russia) agreed to cancel a $14.7 billion asset swap. In addition, the industry was affected by a ban on the exports of a wide range of goods, services and technology to Russian oil projects, including those in Arctic, deep-water and shale areas.

Market-seeking foreign investors – for example, in the automotive and consumer industries – are gradually cutting production in the country, due to the significant depreciation of the rouble and low confidence in future growth prospects on the part of domestic consumers. Restricted access to international financial markets for some Russian banks and firms makes external borrowing very expensive, impacting FDI outflows from the country. 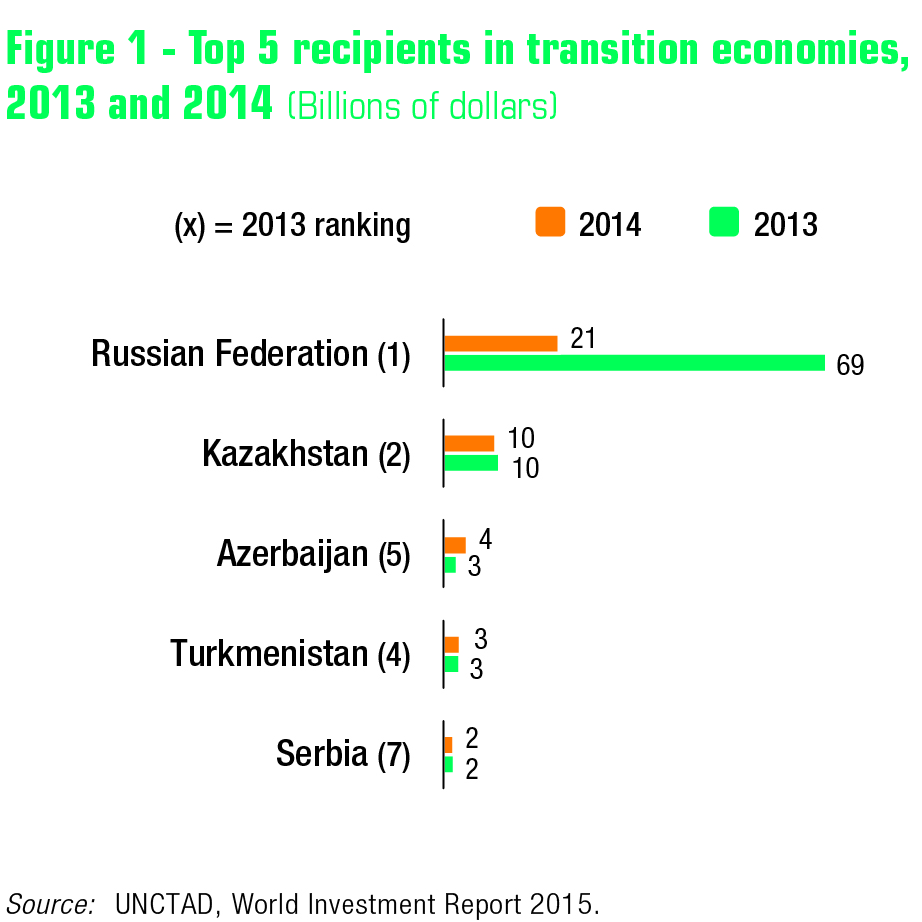 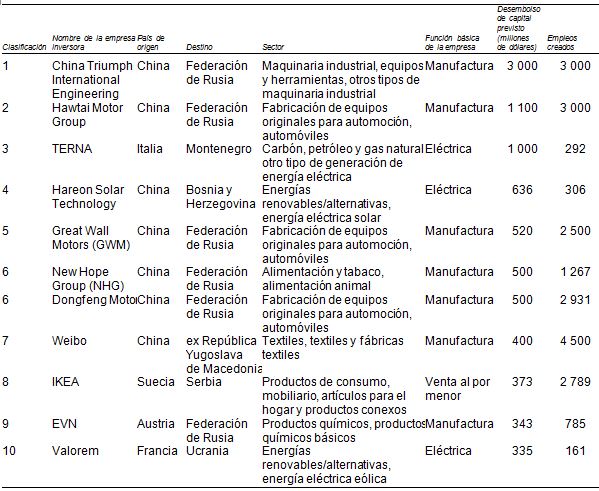