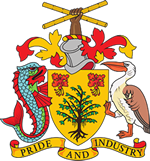 The 16th Raul Prebisch Lecture, will be given by The Honorable Mia Amor Mottley, Prime Minister of Barbados, at the Palais des Nations, Geneva, on 10 September 2019.

The Honorable Mia Mottley is the 8th Prime Minister of Barbados. She became the first woman to occupy that high office, following General Elections on May 24th 2018, in which she led the Barbados Labour Party to an emphatic victory, winning all 30 seats in the House of Assembly by the largest margin ever seen in the electoral history of the country.

An attorney-at-law and Queen's Counsel, Prime Minister Mottley has been active in the political life of Barbados for almost three decades. First elected in 1994 she is presently in her sixth term as Member of Parliament for the constituency of St. Michael North East.

From 1994 to 2008 Miss Mottley served in the Cabinet of three successive Administrations, first as Minister of Education and Culture, then Attorney General and Minister of Home Affairs, and then Minister of Economic Affairs. In 2003 she was appointed Deputy Prime Minister. 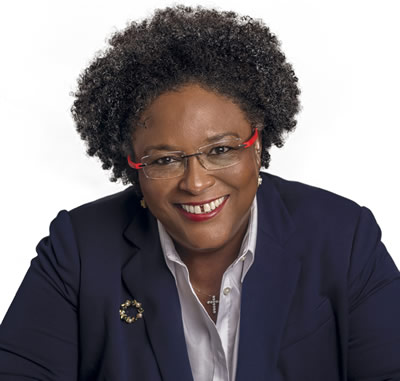 Prime Minister Mottley presently holds the portfolios of Minister of Finance, Economic Affairs and Investment and serves as the lead Prime Minister on the Caribbean Community (CARICOM) Single Market and Economy in the CARICOM quasi-Cabinet.

Enquiries concerning registration should be sent to:

All other enquiries should be addressed to: