At Manila workshop, stakeholders ask how poor countries in Asia and the Pacific can put into place development-oriented trade policies

​UNCTAD and the Asian Development Bank held a workshop on integrating trade into national development strategies in Asia and the Pacific in Manila, the Philippines, from 1–2 October 2015

The workshop, called Mainstreaming Trade into National Development Strategies, brought together policymakers and other stakeholders from selected least-developed countries in Asia and the Pacific to exchange views and share experiences in trade policy formulation and implementation.

National studies commissioned by UNCTAD on the trade policymaking frameworks and processes in Bhutan, the Lao People's Democratic Republic and Kiribati were discussed.

Some of the key questions included:

Participants pointed out that one of the reasons least developed countries have not been able to fully realize the benefits of international trade is that they have not effectively integrated trade into their national development strategies.

They also underlined that the relationship between trade and development is not straightforward and that the benefits do not happen automatically.

Against this backdrop, they emphasized the need for governments of least developed countries to adopt complementary policies to ensure that they maximize the benefits of trade while minimizing its risks. They also underscored the need for social inclusion policies to be effectively integrated into trade policy to ensure that trade leads to desirable outcomes in least developed countries. 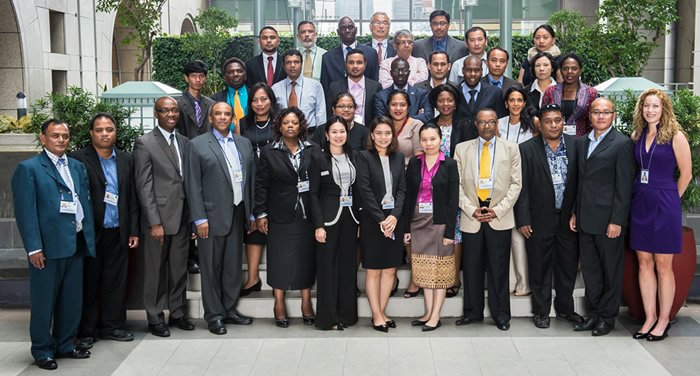 Participants at the workshop, Manila, the Philippines (1–2 October 2015)