UNCTAD welcomes the comments on its commodities paper, which was published earlier this month.

The paper used a standard methodology and publicly available (Comtrade) data to look at the mismatches between import and export figures on a range of commodities exported from five natural-resource-rich countries over periods of about 20 years. In doing so, it identified clear and consistent patterns of misinvoicing, a term we use without attributing blame or making any specific accusations.

The paper fits within our wider work on commodities, which aims to promote a more equitable distribution of value-added throughout the global supply chain, particularly towards the small producers and citizens of developing countries. In this respect, we join the growing number of analysts and commentators who are concerned about the lack of transparency in the global commodities trade. We work to promote transparency in the physical and financial flows related to commodities trade, to shine light on illicit activities, and to enable the citizens of developing countries to benefit more effectively from the extraction and trade of their nation's commodities.

This focus on transparency began at our Global Commodities Forum in 2014, which ran with the theme of "Global value chains, transparency, and commodity-based development." During the Forum, participants recommended that UNCTAD convene a multi-stakeholder Working Group on Commodities Governance, to promote transparency and accountability.

Challenges to our paper have fallen broadly into two specific camps. First, some argue that UNCTAD has over-interpreted - or misinterpreted - the data with its finding that some commodity dependent developing countries are losing as much as 67 percent of their exports worth billions of dollars to trade misinvoicing. A second line of argument is that when Zambia says it exports its copper to Switzerland, it actually means that a Swiss-based company is exporting the copper, and therefore we should not take import and export data seriously when the copper does not arrive in Switzerland.

To reply to the first argument, this is what our data has shown us. We do not see a convincing challenge to the source of our data (Comtrade), the data itself, or even the methodology used to arrive at the figures for misinvoicing, a term that we try to use without any implicit judgement or bias. Rather, the challenge has been to suggest that, for a range of historical and legacy reasons, South Africa simply does not record gold exports in the normal way, even if its trading partners do. We think this issue merits further research and discussion.

To reply to the second argument, we do not see any practical or moral reason why the destination country should not be recorded. Transparent documentation should make it possible to identify clearly the source country of any cargo, no matter how many times the cargo is sold or traded between source and destination countries. We agree with those traders who say that they should be free to do whatever they want with their cargoes, but we also think the traders should report to whom they sell their cargoes in order to ensure full transparency between the source and destination countries.

The importance of this transparency and traceability is that, first, full transparency on the export and trade of commodities is a necessary (if not sufficient) condition for the citizens of resource rich countries to benefit from their countries' natural resources. Second, it allows an importer to determine that its imports have no connection, for example, to human rights abuses. This is as true for gold exports from Eastern Congo as it is for blood diamonds. Third, if some companies are benefitting from tax incentives based on how much they have exported from a given country, then they should be able to identify the destination country too.

UNCTAD welcomes discussion around these issues, which shine a light on the lack of transparency in the trade of natural resources. We answer some of the specific comments and questions below:

Full transparency of trade flows is necessary before a country's citizens can be confident of benefitting from their country's precious natural resources. Bonded warehouses are used either as part of an export processing zone (EPZ) or they are used as a transit point for commodities travelling elsewhere. If they are used as part of an EPZ, then the commodities are registered as a duty-free import before being processed, and the destination country should be known. If the warehouses are being used as a transit point, then at some point the final destination will be clear. A clear trail of documents should allow the identification of the source and final countries.

We understand that the final endpoints may not be known when the cargo sets off. But if this is the case, why register Switzerland as the destination country?

In summary, these challenges do little to reassure about the lack of transparency in the trade of commodities from developing countries. As we have highlighted, this misinvoicing - a word that we use in its most technical sense, without attaching value or even accusation - means that some countries may be losing as much as 67 percent of their commodity exports.

As with related discussions on beneficial ownership and revenue flows in the extractive industries, more transparency in the commodities trade can only be a good thing for the citizens of developing countries. Indeed, this transparency may be the next major frontier to ensure that the citizens of resource-rich countries can benefit from their countries' natural resources.

We see this paper as a first step in a process to increase our collective understanding on transparency issues in the trade of natural resources. UNCTAD looks forward to further cooperation with partners in government, business, and the non-profit sector to better understand the lack of transparency in this sector. 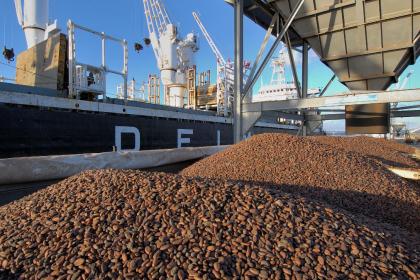 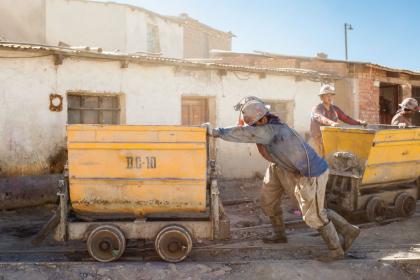