Experts at WTO workshop say that pro-women trade policies can boost jobs for women and overall growth – when used with the right domestic policies.

A workshop supporting the Buenos Aires Declaration on Trade and Women’s Economic Empowerment, which more than 120 members and observers of the World Trade Organization (WTO) endorsed at the global body's 11th WTO Ministerial Conference last December, has spotlighted what needs to be done next.

The 16 March session at the WTO's Geneva base provided a forum to discuss what is needed for making trade policy more gender responsive by clarifying the nexus between trade and gender equality and women's economic empowerment, looking at tools available to analyze the links, sharing the findings of existing research, and identifying knowledge gaps.

“The conversation was driven by how gender equality can be achieved through trade policy and, conversely, the areas in which trade policy would not be the most appropriate instrument to use,” UNCTAD’s head of trade and gender Simonetta Zarrilli said. 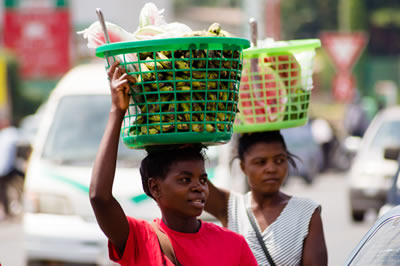 She said that several participants viewed gender equality as a “behind-the-border” issue in that important preconditions to meet before women could fairly participate in and benefit from international trade were enhancing women's access to education, market information and productive resources such as land, credit, technology and facilities.

For example, parental leave was singled out as a successful domestic policy that at the same time allows for sharing care responsibilities between the parents and put men and women on equal footing as workers.

UNCTAD Deputy Secretary-General Isabelle Durant said that while this measure and access to child care facilities had undoubted advantages, they were out of reach for many developing countries.

National policies have a key role in promoting women as efficient economic agents, but trade may either empower women or magnify existing gender inequalities.

For example, large employment opportunities for women resulted from export-oriented growth strategies put in place by several countries. The setting up of export promotion zones was also a vehicle for women to enter the formal labour market, participants said.

Employment opportunities had also been opened to women by preferential tariff deals offered to developing countries and least developed countries, such as the United States’ African Growth and Opportunity Act.

But crucially, participants agreed that the quality of jobs for women made available by increased trade was at least as important as their quantity.

Participants agreed it was right to conduct gender assessments of trade reforms before they were enacted to avoid shocks in labour markets. Marie-France Paquet, Chief Economist, Global Affairs Canada, explained the methodology her country has put in place to carry out such assessments.

Ms. Zarrilli presented UNCTAD's Trade and Gender Toolbox and explained that the methodology has been applied so far to the Economic Partnership Agreement between the European Union and the East African Community.

“But it could be used to assess the potential impact on women of any other trade reform in any other country,” she said.

Nuno Sousa and Liva Andersone from the European Commission presented their work with Sustainability Impact Assessments, which provide EU negotiators with an in-depth analysis of the potential economic, social, human rights, and environmental impacts of ongoing trade negotiations.

Participants underlined that the availability of sex-disaggregated data was critical to developing sound gender-responsive policies.

Julia Nielson of the Organisation for Economic Co-operation and Development said it was important to ask for specific sex-disaggregated data as the basis for gender specific policies.

Beyond the photo op

Fears that the Buenos Aires declaration was simply an occasion for global leaders to shake hands, be photographed and pretend to commit to doing something – while going home and continuing their business-as-usual policies – were expressed by some participants of the workshop.

Such fears were tackled by Ambassador Yvette Stevens, Permanent Representative of Sierra Leone to the WTO, who said that the trade community had for the first time showed openness to address gender equality issues and had gone beyond treating trade as “gender neutral".

Sheba Tejani from the New School in New York said gender inequality was manifesting itself in new ways, while Ms. Durant said that campaigns such as #MeToo were showing how widespread gender discrimination was.

She suggested that a campaign could be launched to sensitize the public about the potential of trade to empower women.

The workshop was closed by statements from Ms. Durant, Ms. Stevens, Marc Vanheukelen, Permanent Representative of the European Union to the WTO, and Syed Tauqir, his counterpart from Pakistan.

The workshop was earlier opened with statements by Ambassador Stephen de Boer of the Permanent Mission of Canada to the WTO, which sponsored the event, WTO Director-General Roberto Azevêdo and International Trade Centre Executive Director Arancha González.

The Geneva-based International Gender Champions Trade Impact Group , which paved the way for the Buenos Aires declaration, is led by Iceland, Sierra Leone and the ITC. UNCTAD is an active member.