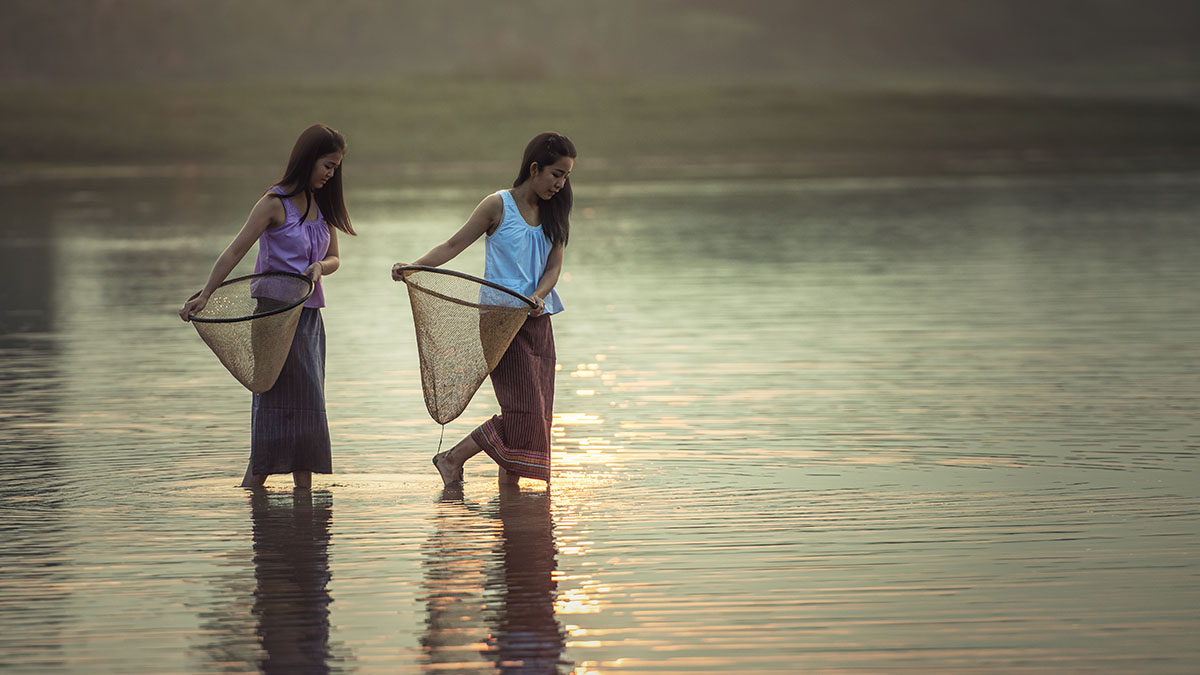 By Dona Bertarelli, UNCTAD Special Adviser for the Blue Economy

Around the world, women are excessively affected by climate change, by market fluctuations, or shocks like the pandemic, which has put millions of jobs at risk.

Women’s rights are human rights, and governments and businesses need to ensure their equal representation.

Not only is this a just cause, but economies grow when women prosper - and when women are economically empowered, the gender gap narrows. Advancing gender equality could add an estimated 13 trillion dollars to global GDP in 2030.

So, how can the blue economy help advance gender equality?

SDG 14, Life Below Water, is essential for a blue economy, but also directly impacts the status of women by advancing SDG 5, and, in fact, many other SDGs – poverty, hunger, education, health and climate change.

Women make up most of the workforce in coastal and maritime tourism and fisheries, the main blue economy sectors. Yet they are in the lowest-paid, lowest-status and least-protected jobs.

In small island developing States, tourism accounts for 30 to 80% of total exports, with the participation of women as high as 54%. But most work in low-skilled, casual and temporary jobs.

As for the fisheries and aquaculture sector, women’s contribution is overlooked or undervalued. They play a key role in ensuring a reliable supply of food from the ocean, which 3 billion people depend on for their daily source of protein.

The order of disparity

There is a disparity of work and pay by gender, with women having a significant presence in processing but not in fisheries management, or ocean decision-making bodies.

Many don’t have equal access to opportunities, resources, financing, market information, technology, training, mobility and bargaining power. And that has a negative impact on food security.

In the Republic of Kiribati, as an example of a small island developing State, 70% of households participate in the fisheries sector. Women are not socially expected to fish at sea due to the perceived dangers involved. Instead, they are heavily involved in shore-based activities and, increasingly, engaged in the marketing and sales of fish. Nevertheless, UNCTAD research indicates women struggle to participate in domestic and international trade.

In The Gambia, as an example of a coastal state, 10% of the population depends on fish processing and marketing. UNCTAD research reveals that about 80% of fish processors are women.

Here, women could benefit from increased access to equipment, credit and support services, or from improving their skills in marketing, or safety and hygiene, to meet EU market regulations, for example.

Weaving women into the blue economy

UNCTAD’s work shows there is untapped potential for women in the blue economy if we improve gender equality in the tourism and fisheries sectors alone.

Just imagine how much more we could do by diversifying in new areas like sustainable aquaculture, renewable energy, blue carbon, and marine bio-prospection. Innovation and technology are needed to support ocean and coastal restoration and protection, which are often community-led.

So imagine if we integrate women throughout all of these areas.

A change in mindset is needed, just as changes in policies are needed.

Growing a sustainable and resilient blue economy by fully including women’s potential, will benefit society and the economy, and in turn, advance all 17 SDGs.

These remarks were given at an event of the UN Global Compact on "An Ocean of Equal Opportunity: How the Blue Economy Can Advance Goal 5"