"Looking ahead, economic fundamentals point to a potential increase in FDI flows by around 10% in 2017," Dr. Kituyi said. "However, significant uncertainties about the shape of future economic policy developments could hamper FDI in the short-term."

The decline of FDI in 2016 was not equally shared across regions, reflecting the heterogeneous impact of the current economic environment on countries worldwide.

FDI flows to Europe fell 29% to an estimated $385 billion, with a number of countries experiencing strong volatility in their inflows. This decline was tempered by modest growth in flows to North America (6%) and a sizeable increase in investment in other developed economies, principally Australia and Japan.

The wave of cross-border mergers and acquisitions shows signs of ebbing. A 13% increase in the value of net sales, which rose to $831 billion, pales when compared to the 67% and 68% increases registered in 2014 and 2015. Greenfield FDI project announcements value rose by 5%, but this was largely due to a handful of very large projects in a few countries. The vast majority of countries, in contrast, registered declines.

Regional contribution to global FDI flows, 2015–2016(Billions of US dollars) 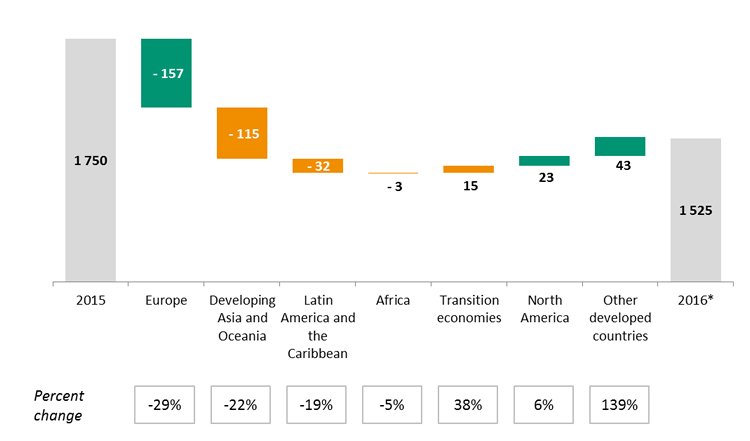 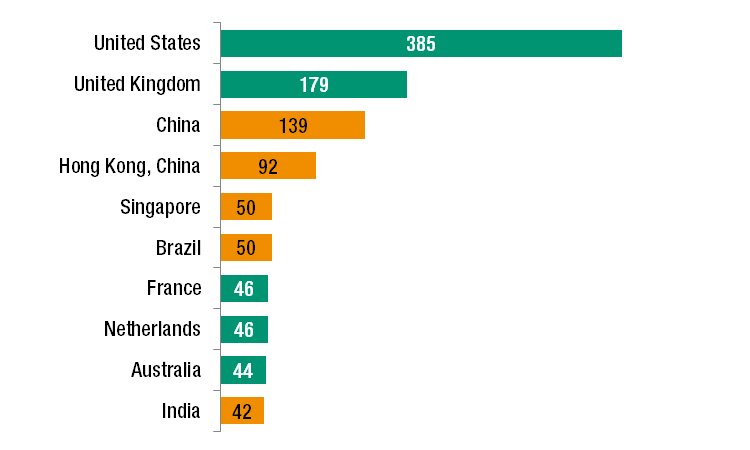