Once one of Africa’s fastest growing economies, Angola hit the brakes when oil prices crashed in 2014. To get back on track, the government has its eyes on more sustainable exports.

The breakneck economic growth that Angola enjoyed following the end to decades of civil conflict in 2002 came to a sudden stop when the price of oil crashed in 2014. To get growth back on track but in a more sustainable direction, the government has its eyes set on greener goods, such as coffee, honey and timber.

These are three of a handful of products for which government officials and industry representatives believe Angola could be competitive.

The list, which also includes fish, salt and bananas, was compiled during a two-week workshop in Luanda held from 11 to 22 June as part of a 4-year project financed by the EU to help Angola strengthen and diversify its economy.

The workshop trained more than two dozen government officials and industry managers on how to identify products that, unlike oil, could deliver positive environmental and social gains as production grows – and then to determine whether Angolan producers, many of which are micro, small and medium-sized enterprises, could compete with foreign exporters.

Opening the workshop, Angola’s trade minister, Joffre Van-Dúnem Jr., said that such training activities were key to helping the country build the capacity necessary to transition from an oil-based economy to one focused on more environmentally-friendly products.

Angola currently produces 90 tons of honey each year. But analysis done during the workshop showed production could more than double to 200 tons if new technologies were used.

Likewise, the economic potential of the country’s 53 million hectares of forest remains untapped. Since wood-based products gain value fast as they’re transformed from logs into furniture, for example, upgrading the country’s wood-processing industry could add significant value to this renewable natural resource.

Coffee also holds the promise of a better future, especially for the 50,000 or so registered producers, almost all of which are family-run small farms. Mr. Ulicný said.

Though Angola only produced around 8,000 tons of coffee in 2017, the country used to be a top producer – reaching almost 230,000 tons per year in the 1970s. With better production methods and quality control, the participants said, Angola could once again be a major player.

The analysis that the participants did on each of the sectors mentioned above was presented to Mr. Van-Dúnem Jr., as well as Angola’s secretary of state, Amadeu Nunes, and the Ministry of Commerce’s director of international cooperation, Rui Livramento.

The participants came from many Angolan institutions, such as the Ministries of Trade, Fisheries, Environment, Finance, and Economy, as well as from national banks, companies, business associations and export agencies.

They said the workshop gave them the tools needed to better understand the challenges facing Angolan producers in green sectors.

According to Luzolo Manuel of Angola’s National Coffee Institute, the country’s coffee growers, for example, are held back by unfair rules set by market intermediaries.

“Here the producer is always poor. He must comply with the market rules set by third parties,” said Mr. Manuel, who works in the Uíge province, which shares a border with the Democratic Republic of Congo.

Those in attendance were confident that the selected products could truly help put the country on a path to more sustainable development.

Alessandro Sanchez Pereira, one of the instructors and executive director of Instituto 17, a nonprofit organization based in São Paulo, Brazil, said: “Together with the Angolan team, we have been able to identify products that have the potential to create local development opportunities, generate jobs and promote gender inclusion.”

Evaristo Baptista, an official with the Ministry of Commerce added: “Our country is potentially rich in forest diversity. What is lacking, effectively, is a strategy for improving our exports.”

The next step is for UNCTAD and the Ministry of Commerce to assess the reports produced during the workshop and narrow down the proposed list to those products which will be the focus of subsequent workshops in Luanda and in the provinces where the specific goods are produced.

"The workshops in the provinces will allow those involved in the different sectors to really work together on coming up with a strategy to improve productivity and competitiveness,” said UNCTAD trade specialist Tamara Gregol De Farias, who is part of the team managing the project in Angola. 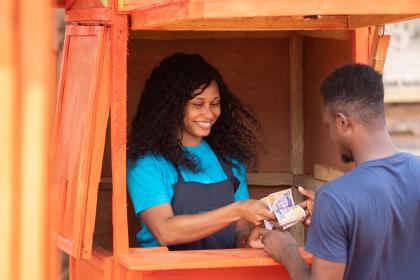 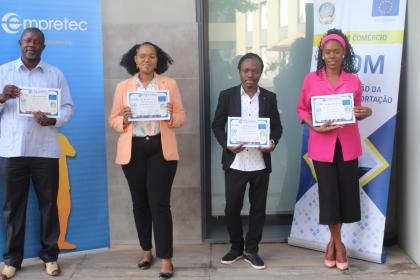