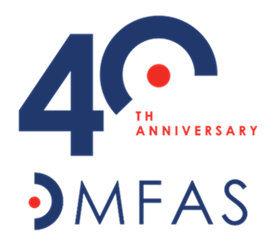 How did it start? The origins of the DMFAS Programme

The late 70’s and early 80’s were a time when debt issues were already being intensively discussed within UNCTAD. Before the debt difficulties of the developing countries came to world-wide attention through the Mexican default in 1982, UNCTAD had already raised the alert on the impact of the debt burden on the development process and had called for its alleviation.
The UNCTAD Secretariat started to attend Paris Club meetings as an observer in 1978 on the basis of Resolution 165 S-IX of the UNCTAD Trade and Development Board on the identification of specific features for multilateral negotiations of bilateral debt. It also started to provide assistance to debtor countries in preparing their case for submission to the Paris Club, upon their request. It is in this context that UNCTAD identified the need for a computer-based debt recording and management system and initiated the development of such a system. 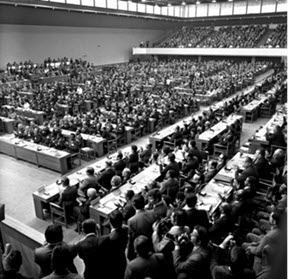 As a result of its participation in the Paris Club meetings and accumulated experience on debt issues, UNCTAD economists came to know first-hand the strengths and weaknesses of debt management systems in a large number of developing countries.

How was the idea of creating a debt management system born?

In 1979, UNCTAD started its first technical assistance project on external debt. The first difficulty faced by UNCTAD officials was the lack of information on external debt. How much did the country owe? To which creditors? In which currencies? When were the payments falling due? Who were the national debtors besides the central Government? The participation of an UNCTAD representative in the Paris Club meetings in the early 1980s confirmed that this lack of information applied generally to developing countries. Consequently, the idea of creating a computer-based debt management system emerged, aimed at helping debtor countries record, project and analyze public debt loans.

The Debt Management & Financial Analysis System (DMFAS) Programme was established in 1981 with a small team. Its initial focus was on the development of a computer-based debt management information system. Originally focusing on central government and government guaranteed external debt, over time the DMFAS software expanded its scope to incorporate domestic debt instruments, following the evolution of borrowings practices of developing countries.

Evolution of DMFAS products and services.

The creation of DMFAS was a step forward for countries in improving their public debt management, external debt in particular. Since its inception, the DMFAS Programme has offered countries solutions for improving their capacity to handle the day-to-day management of public liabilities and produce reliable debt data for policy-making purposes.

Capacity-building is the second pillar of the Programme’s technical assistance. The Programme in its early days started the process of building capacities that did not exist. In the late 1980’S, a group of independent experts identified that a contributing factor to the debt crisis had been the neglect by many developing countries of the basic functions of debt management. As a result, a Joint Programme was established in 1991 between UNDP, UNCTAD and the World Bank to provide training in various areas of debt, such as interpretation of loan agreements, debt management procedures and data analysis. To maximize the usefulness of DMFAS, the Programme also provided assistance in the analysis of the legal, institutional and technical environment in which the software would have to operate. Over time, as countries’ debt management capacity improved, the programme evolved its approach to include strengthening existing capacities in debt management.

After 40 years, in collaboration with international and regional partners, the Programme remains fully committed to providing the highest level of technical assistance in debt management taking into account advancements in information technology, international financial techniques and best practices.

For more details on UNCTAD's work on debt, see Chapter V,C. The debt crisis of the developing countries, UNCTAD at 50 - A short  history, UNCTAD/OSG/2014/1.

For more details on DMFAS history, click on the following link: http://en.wikipedia.org/wiki/DMFAS