On the occasion of the Conference on Financing for Development (FFD) UNCTAD held a high-level side event on 14 July 2015 entitled “Dealing with Uncooperative Creditors”.

The event, which gathered more than 60 people, was opened by Mr. Joakim Reiter, Deputy Secretary-General of UNCTAD and immediately followed by the guest high level panellists H.E. Mr. Adriàn Nador, Undersecretary for International Economic Negotiations of the Republic of Argentina, H.E Mrs. Annemie Neyts-Uyttebroek, Minister of State for Foreign Affairs of the Kingdom of Belgium and H.E. Mr. Léon Raphael Mokoko, Deputy Minister for Planning and Integration of the Republic of Congo.

The discussion was moderated by Mr. Richard Kozul-Wright, director of the division on Globalisation and Development Strategies at UNCTAD. 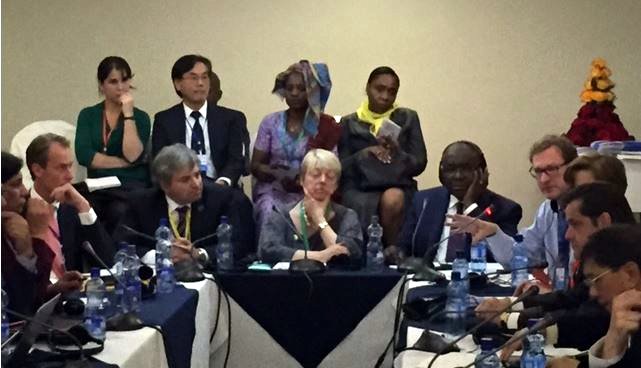 H.E. Mr. Nador asserted that there is an urgent need for the United Nations to take action against the immorality stemming from creditor vulture funds’ actions and while national initiatives such as the legislation passed by the Belgian government on 1 July 2014 is commendable, it will take time to replicate this in every country of the world. The need for a multilateral statutory solution thus remains. He further emphasised the importance of the General Assembly process on a multilateral legal framework for sovereign debt restructuring processes.

H.E. Mrs. Neyts-Uyttebroek reviewed the history of the Belgian initiative combatting creditor vulture funds and gave the basic features of the Legislation that was passed on 1 July 2015 by the Belgian Chamber of Representatives by a quasi-unanimity of votes in favour. First a disproportion in profits made by sovereign debt creditors must be found followed by one of the six criteria used to identify vulture funds in the law (incl. the place of incorporation of the fund in a tax heaven).

H.E. Mr. Mokoko gave a very thorough picture of the ways in which the Republic of Congo has been and continues to be affected by creditor vulture funds. He reminded that using the profits generated by natural resources does not constitute a way of dealing with vulture funds. While he acknowledged the responsibility of the State in concluding debt contracts, he pointed to the shared responsibility of oil companies. He also reminded the audience of the importance of the principle of state sovereignty which is systematically violated in sovereign debt contracts when creditors ask of states that they release control on national reserves to make contracts more secure.

A number of civil society representatives responded to the panellists’ interventions.

The meeting was concluded by Mr. Kozul-Wright who acknowledged the step taken by Belgium as one going in the right direction and to be replicated internationally for major efficiency. He also reminded the audience about UNCTAD’s Roadmap and Guide on Sovereign Debt Workouts, which constitutes the UN most recent effort to work towards an internationalised solution for sovereign debt restructuring processes. 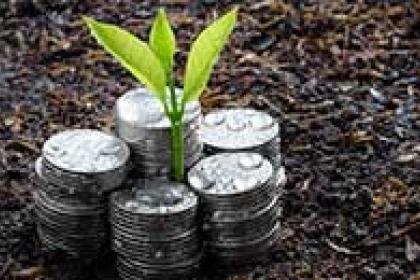