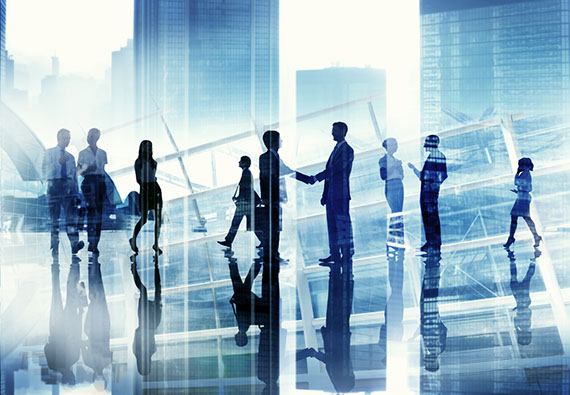 We can deliver better results and achieve greater impact when we coordinate our efforts with other partners. Sustainable development requires a comprehensive and coherent approach that draws on the expertise and contributions of many different actors.

For this reason, UNCTAD has deepened cooperation with other international organizations, governments, businesses, civil society, youth and academia to enhance our policies and practices at the national, regional, and global levels.

UNCTAD and the UN system

In the context of the new Sustainable Development Goals, UNCTAD is one of the only UN bodies with direct relevance to all targets within Goal 17 – Partnerships for the Goals. We are also, together with UNDP, the only UN entity among the major institutional stakeholders for Financing for Development. UNCTAD is thus a key hub in the UN system for promoting an integrated approach to achieving progress across all goals.

Since 1997, we have been a member of the UN Development Group (UNDG), a consortium of UN agencies created to improve the effectiveness of development activities at the country level. In the second generation of "Delivering As One" pilots, we are working together with partners in UNDG to ensure that we are firmly focused on results, strengthened accountability, monitoring, and evaluation, and improved outcomes.

Since 2008, we have also led the UN Inter-Agency Cluster on Trade and Productive Capacity. The Cluster, which is a mechanism dedicated to the coordination of trade and development operations at the national and regional levels within the UN system, includes 15 agencies: UNIDO, UNDP, ITC, FAO, WTO, UNEP, ILO, UNCITRAL, UNOPS and the five UN Regional Commissions (ECA | ECLAC | ESCAP | ESCWA | UNECE). Lately, the cluster has also piloted three areas of joint delivery: trade and employment (PDF); trade and global value chains (PDF); and trade facilitation (PDF).

UNCTAD and the Geneva-based trade institutions: WTO and ITC

As the home of three key international institutions on trade (UNCTAD, WTO and ITC), Geneva is the global "Trade Hub." The three organizations collaborate closely, based on our respective mandates and competences.

The WTO and UNCTAD have a longstanding Memorandum of Understanding dating back to 2003, which was expanded in October 2015 with the identification of no less than 11 areas of further cooperation.

The ITC was created as a subsidiary body of UNCTAD and the WTO's predecessor, the General Agreement on Tariffs and Trade (GATT), in 1968 and runs a number of joint activities and projects with UNCTAD.

The organizations' activities are complementary: The WTO primarily governs global trade rules and adjudication; the ITC's specific focus is to connect Small and Medium Enterprises to global markets; whereas UNCTAD deals with trade policies, regulations, and institutions at national, regional and international levels from a developmental perspective.

As a member of the broader development community, UNCTAD has forged strategic partnerships with dozens of entities from the private sector, academia, and other international and regional organizations. Some of these cover a broad range of areas of work, while others are more targeted at specific activities. A common feature, however, is that they are aimed at deepening cooperation and promoting joint delivery.

For example, more recently, UNCTAD has signed Memoranda of Understanding with the Organization for Economic Cooperation and Development (OECD), the World Bank's Global Competitiveness Practice, the International Chamber of Commerce (ICC), the International Labor Organization (ILO), and the Convention on International Trade in Endangered Species of Wild Fauna and Flora (CITES), among others.

UNCTAD is among the different international organizations involved in, and providing input to, the different tracks of the G20. Among the issues that we collaborate on with G20 include finance, investment, trade and development. More recently, we have coordinated the input by international organizations to the G20 working group on trade and investment. We also periodically issue, together with the OECD, reports on the G20 investment measures.

UNCTAD and consensus building with other organizations

A total of 115 intergovernmental bodies and 241 civil society organizations have gained accreditation as observers to UNCTAD's Trade and Development Board, the rudder of the organization that sets our overall heading.

As accredited bodies, observers have been approved by UNCTAD's Member States to engage more actively with UNCTAD. Through increased communication and participation with UNCTAD, observers can constructively contribute to the fulfillment of our mandate.