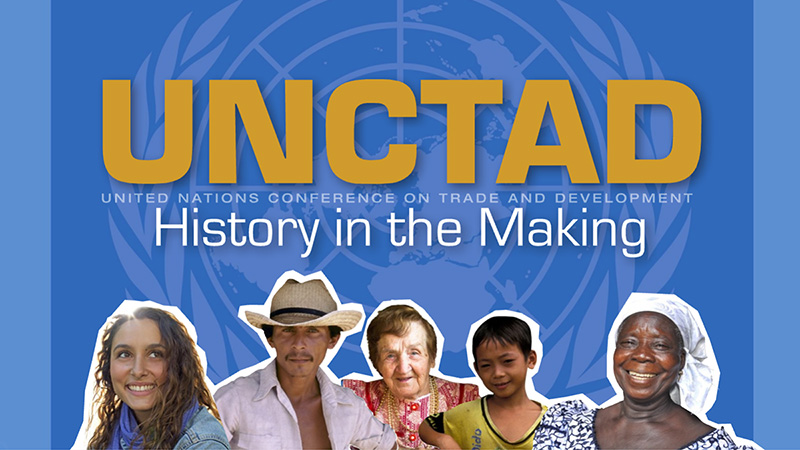 View: Presentation of 50 years of UNCTAD

In the 1980s, UNCTAD was faced with a changing economic and political environment:

In the light of these developments, UNCTAD multiplied efforts aimed at:
Phase 3: From the 1990s until today

In 2013, UNCTAD celebrated its 50th anniversary in a decade fraught with widening inequality and increased vulnerability, making its mandate to serve the world’s poorest countries ever more pressing.

Key developments in the international context:

In light of global developments, and under the realization that the dream of “prosperity for all” is still out of reach for many people, UNCTAD multiplied efforts aimed at:

UNCTAD continues catalysing change as the world races to meet the SDGs by 2030.