Office of the Secretary-General 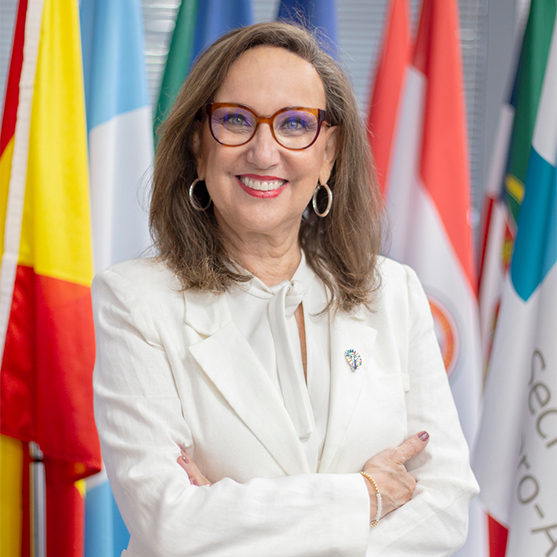 Over her career, Ms. Grynspan has held several high-level positions.

Prior to her UNCTAD appointment, she was the secretary-general of the Ibero-American Conference from 2014 to 2021, the first woman to lead the organization.

She’s also a former under secretary-general of the UN and associate administrator of the UN Development Programme (UNDP), and a former regional director for Latin America and the Caribbean for the organization.

Prior to joining the UN, she served as vice president of Costa Rica from 1994 to 1998. She was also minister of housing, minister coordinator of economic and social affairs and deputy finance minister.

In addition, she was a member of the High-Level Panel on Financing for Development.

Ms. Grynspan is a renowned advocate of human development, who has helped to focus the world’s attention on relevant issues such as the reduction of inequality and poverty, gender equality, South-South cooperation as a tool for development, and the achievement of the UN Sustainable Development Goals, among others.

She was also a delegate to the UN Commission for the Reconstruction of Haiti, a group consisting of the Haitian government, the former president of the United States, Bill Clinton, and other prominent international partners.

In 2014 she was appointed chair of the board of trustees of the International Institute for Environment and Development (IIED), a leading global organization at the forefront of development and environmental policy research.

Ms. Grynspan is a member of the steering committee of the UNICEF Scaling Up Nutrition (SUN) movement; member of the governing council of the Society for International Development (SID), a global network of individuals and professionals at the forefront of development.

In addition to her experience as a conference lecturer and advisor to a number of international organizations and institutions, she has been actively involved in key UN initiatives, such as the Millennium Project’s task force on poverty and economic development and the High-level Panel on Financing for Development.

In 2014 and 2015, she was recognized as one of the 50 leading intellectuals of Latin America. Since 2016 she serves as a member of the board of trustees of the Complutense Institute for International Studies (ICEI), which forms part of the Universidad Complutense, Madrid.

In 2017 she received the Forbes Award for Excellence and the Spanish government awarded her the highest honour awarded to civiliand, the Gran Cruz de la Orden Civil de Alfonso X El Sabio.

In 2020 she received the Aquí Europa-Vocento award as a Latin American personality for her outstanding contribution to strengthening Europe-Latin America relations.

In 2020 she received the Gumersindo de Azcarate Award and the Woman of the Year Award from the Women in a Legal World Association.

In 2021 the President of Argentina named Ms. Grynspan a special international advisor to the newly created Economic and Social Council of Argentina.