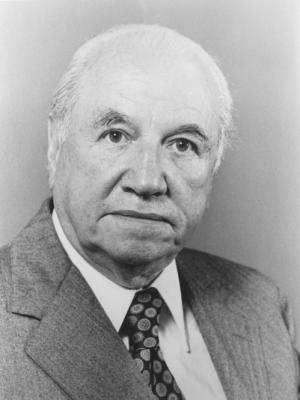 ... Leaving aside my personal involvement, I think the idea of these lectures is a most useful and timely one under present circumstances, because we need some illumination; our path remains obscure, especially with recent happenings in the field of international economic policy and in our national development.

The idea is both useful and timely because we are facing not only the crisis of capitalism but also the crisis of ideologies, the serious crisis of those conventional theories which do not permit a correct interpretation of the realities of present events or a clear picture of what our course should be...

Since 1982, a number of prominent thinkers in the field of trade and development, who have distinguished themselves for their contributions to economic and social development, have lectured at UNCTAD on topical issues. The first lecture was given by the late Dr. Raúl Prebisch himself.

Dr. Raúl Prebisch (1901-1986) was secretary general of UNCTAD from 1965 to 1969. Previously, he was executive secretary of the United Nations Economic Commission for Latin America (ECLAC) (1948-1963), following a distinguished career in the Argentine Civil Service.

He was known primarily for his work as a scholar specializing in international and development economics and his greatest contribution to economics is known as the Prebisch-Singer thesis, which found that the terms of trade for primary commodity exporters tended to deteriorate over time with respect to manufactured exporters.