Round table: The role of exports in manufacturing pollution in developing countries 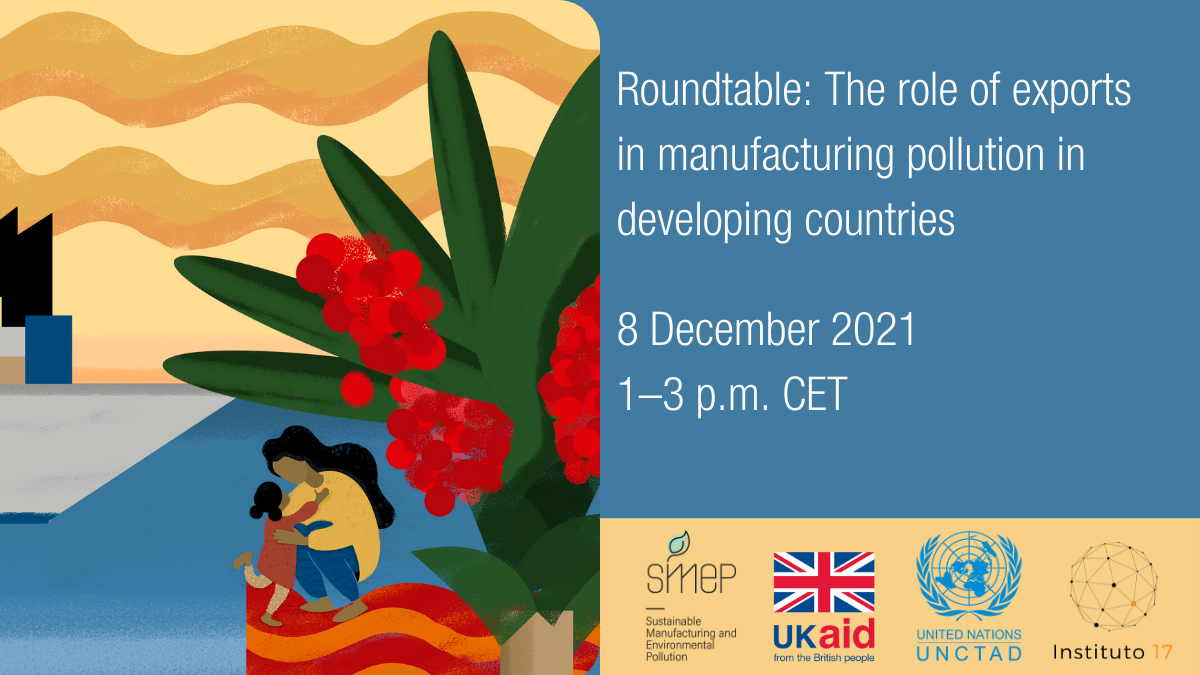 As productive capacities and incomes grow in developing and least developed countries in Africa and South Asia, so does pollution. Understanding the various pollution effects of exports from countries in those regions is essential for long-term growth compatible with SDG12. This process requires the production of better data on lifecycle impacts of exports, to support decision making and targeted adoption of pollution control measures, helping countries to compete in export markets increasingly keen on environmental performance.

This roundtable discusses findings from a new UNCTAD report “The role of exports in manufacturing pollution in sub–Saharan Africa and South Asia: towards a better trade-environment governance”, supported by the UK Foreign, Commonwealth, and Development Office (FCDO) and prepared in partnership with Instituto 17.  The report examines how export-oriented manufacturing in sub-Saharan Africa and South Asia can be made more sustainable and competitive, using a data-driven lifecycle approach to pinpoint areas for action.

This roundtable brings together stakeholders engaged in efforts to improve environmental governance of production and exports, considering both circular economy and pollution control approaches. The session will focus on the role of exports in driving pollution in selected manufacturing sectors in four specific country cases of Kenya, the United Republic of Tanzania, Bangladesh, and Pakistan. The discussions will be supported by an analysis of secondary data and Life Cycle Assessment (LCA) prepared by Instituto 17, along with a dashboard for data transparency, to estimate the environmental impacts of manufacturing pollution in those regions.

Topics to be addressed include:

This virtual event is open to the public and is part of the Sustainable Manufacturing and Environmental Pollution Programme,  supported by the UK-FCDO.

14:00  Panel 2: The role of public and private environmental governance in the production-export nexus