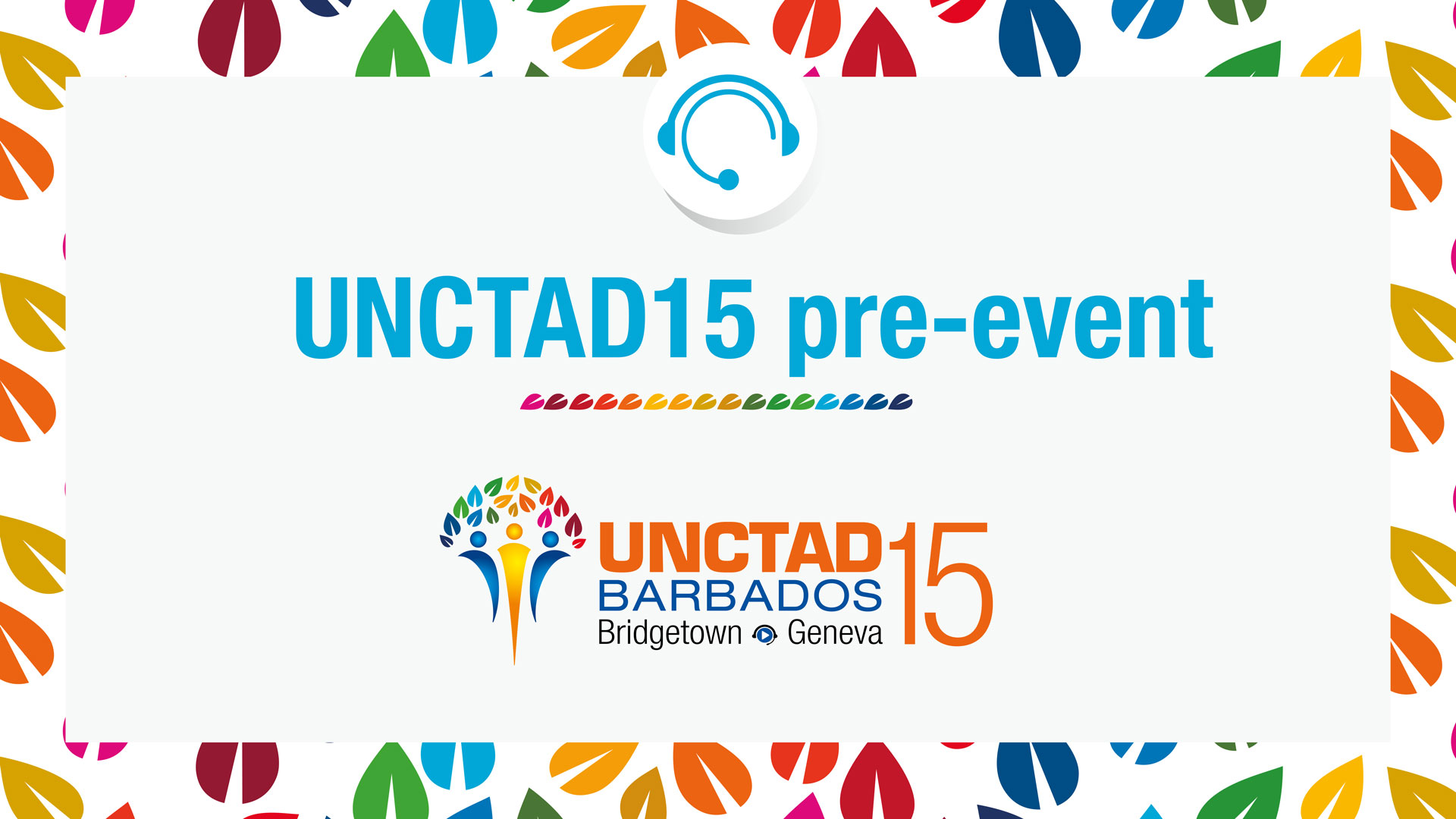 This high-level event will launch a new UNCTAD course, entitled Building port resilience against pandemics. Panellists will discuss the importance of keeping supply chains open and seaborne trade moving in times of crisis.

COVID-19 highlighted the critical role that maritime transport plays in response to pandemics and the need for governments to allow commercial ships continued access to ports worldwide and to facilitate the rapid changeover of ships’ crews.

UNCTAD’s TrainForTrade programme has designed a self-paced, moderated online course to help port community managers strengthen the knowledge and skills needed to protect the people working in port activities while ensuring the continuity of operations.

The course, set to be delivered from 28 June to 30 July 2021, will also lead to the development of a set of recommendations to mitigate the impacts of the current and future pandemics in port communities around the world. The policy advice will feed into the deliberations of UNCTAD15, the organization’s ministerial conference scheduled for the week of 3 October.

Michael Gaffey has been the Permanent Representative of Ireland to the United Nations in Geneva since August 2017.

Before his appointment to Geneva, he was Director General of the Development Cooperation Division (Irish Aid) at headquarters, following terms as Middle East Director and Director for the Western Balkans and South East Europe.

His previous postings with the Department of Foreign Affairs were in Tokyo, London, Cairo, Amman, Baghdad, Belfast and Chicago.

Aurora Diaz-Rato Revuelta is the Permanent Representative of Spain to the United Nations Office in Geneva.

Prior to her appointment, Ms. Diaz-Rato Revuelta had been serving as Spain’s Ambassador to Switzerland and Liechtenstein since 2017. She was Spain’s Permanent Representative to the European Union in Brussels and Coordinator for Foreign Affairs from 2013 to 2017, and worked at the office of Spain’s Secretary of State for the European Union as a Counsellor from 2012 to 2013. She was Spain’s Ambassador to Uruguay from 2008 to 2012.

A career diplomat, Ms. Diaz-Rato Revuelta worked at the Spanish Agency for International Development Cooperation as Director General for cooperation with Latin America from 2004 to 2008. From 2001 to 2004, she worked at the General Secretariat for European affairs, General Direction for the coordination of general and technical affairs of the European Union, as a Deputy Director-General. She was posted at the Embassy of Spain in Dublin, Ireland as Deputy Chief from 1996 to 2001, and at the Embassy of Spain in San Jose, Costa Rica as Deputy Chief from 1987 to 1991. She joined the Ministry of Foreign Affairs of Spain in 1983.

Ms. Diaz-Rato Revuelta has a law degree, a diploma in European law from the College of Europe in Bruges, and a diploma in international affairs from the Diplomatic School in Madrid. She was born in Madrid in 1957.

As CEO of Barbados Port Inc. (BPI), David Jean-Marie leads the commercial and operations management of the Port of Bridgetown.

With over 25 years of experience in the shipping and finance sectors, he brought his passion and financial expertise to guide BPI’s short and long-term business strategies and to safeguard its profitability.  He is one of the visionaries crafting the Master Plan which will guide the Port’s green and technology-driven growth, renewal and expansion over the next decade, through 2030.

A Fulbright scholar, Mr. Jean-Marie attended the University of New Haven, attaining a Master of Business Administration, Finance. He is also a graduate of Victoria University of Manchester, with a BSc (Hons) degree in Computer Engineering.

His experience in public sector management has allowed him to build and leverage an enviable network of industry leaders in Barbados and beyond. He is currently Immediate Past President of the Caribbean Shipping Association (CSA), having previously served as President, 2015 to 2018.

Aurelio Martínez has been a Professor of Applied Economics at the University of Valencia since 1981. In 1989, he was appointed as the Valencian Regional Government’s Director-General of the Economy and Financial Policy, and two years later as the Director of the Economy Department for the Spanish Prime Minister’s Office.

In 1995, Mr. Martínez was appointed as the Valencian Regional Minister for the Economy and Finance, and Chairman of the Valencian Institute of Finance. From 1995 to 1999, he was a Councillor for the Socialist Group on the Valencia City Council.

From 2000 to 2004, he was the Director of the International Economic Environment Observatory (OCEI), and from 2004 to 2009, he was the Chairman of the Spanish Official Credit Institute (ICO).

In 2013, he was appointed as the Chairman of the Valencia Football Club Foundation, a position he left in 2014 when the club was sold.

Mr. Martínez was appointed as the Chairman of the Port Authority of Valencia on 14th August 2015.

José Beni is the Comptroller of the General Administration of Ports S.E (Port Buenos Aires) since May 2020. Among his responsibilities, stands out the planification of port policies to promote the arrival of more cargo and more cruise ships to the country’s only national port and the representation of national interests concerning the development of foreign trade.

Mr. Beni has ample experience in the maritime sector of the Republic of Argentina. He has worked in Puerto Buenos Aires since 2012, where he has served as General Manager and within the Operations Management. Previously, he held different positions within the National Secretary of Transportation and the Under Secretary of Ports and Inland Waterways.

Shamika N. Sirimanne is the Director of the Division on Technology and Logistics of UNCTAD.  She leads UNCTAD's trade logistics programme, including the work on trade facilitation, maritime transport, port management, and e-commerce and the digital economy. She also supervises UNCTAD’s largest technical cooperation programme, ASYCUDA—the Automated System for Customs.

Ms. Sirimanne has extensive experience in development policy, research and technical cooperation gained from international organizations, national governments, think tanks and universities. Prior to UNCTAD, she served as the Director of the ICT and Disaster Risk Reduction Division of the UN Economic and Social Commission for Asia and the Pacific (ESCAP), where she spearheaded major regional cooperation programmes such as the Asia-Pacific Information Superhighway initiative, and Regional Drought Monitoring Mechanism.

During her tenure with ESCAP, Ms. Sirimanne also headed the trade facilitation programme, and led the macroeconomic policy work and ESCAP’s flagship publication, Economic and Social Survey of Asia and the Pacific. Prior to that, Ms. Sirimanne was with the UN Economic Commission for Africa (ECA), where she led the economic policy team and the Economic Report on Africa, the flagship publication of ECA. She has also worked for the Canadian Ministry of Finance and the World Bank. Ms. Sirimanne holds a PhD in Economics.