New report examines the fiscal costs of the occupation for the Palestinian people. Those costs severely constrain the capacity of the State of Palestine to achieve the Sustainable Development Goals.

The fiscal cost of occupation for the Palestinian people, over the 2000-2017 period, is estimated at US$47.7 billion, or thrice the size of the Palestinian economy in 2017, and it continues to rise, according to the latest UNCTAD report to the United Nations General Assembly.

The report entitled “Economic cost of the Israeli occupation for the Palestinian people: Fiscal aspects”

This estimated cumulative fiscal cost of occupation would not only have eliminated the Palestinian budget deficit estimated at $17.7 billion during the same period but would have also generated a surplus nearly twice the size of the deficit. Alternatively, it would have increased more than tenfold the Palestinian government’s development spending, pegged at $4.5 billion during the period under review. 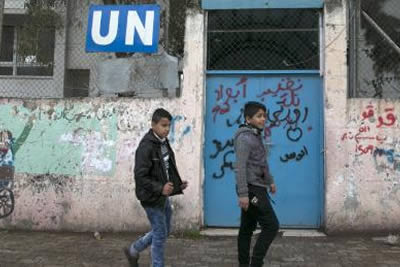 A simulation of UNCTAD’s model of the Palestinian economy, under the assumption that the $48 billion fiscal costs were not lost but instead injected through expansionary fiscal policies, indicates that the economy would have generated 2 million job opportunities over the 18-year period, an average of 111,000 jobs each year.

The assessment of the fiscal cost assumes that Palestinians have full control over their fiscal domain in the absence of occupation, while the estimation of the fiscal leakage assumes the status quo but with adequate implementation of the Paris Protocol.

The report adds to previous research by UNCTAD on the leakage of Palestinian fiscal resources to Israel and the economic cost of occupation, conducted in response to five United Nations General Assembly resolutions (69/20, 70/12, 71/20, 72/13 and 73/18), which request UNCTAD to assess and report on the economic cost of the Israeli occupation for the Palestinian people.

The fiscal cost is part of the overall economic losses caused by the occupation and consists of two components: leakage of Palestinian fiscal resources to Israel and other fiscal losses resulting from policies and measures imposed under the prolonged occupation.

According to the report, the estimates of fiscal costs are partial and conservative. Therefore, there is a need for further research to identify and quantify other channels of Palestinian fiscal losses. It is clear, however, that the fiscal leakage and cost perpetuate the fiscal fragility of the State of Palestine and undermine its capacity for planning and financing development to steer the economy towards sustainable growth.

The report recommends that stopping the fiscal cost of occupation would entail a fundamental change in many working arrangements, including: border crossing points and access of Palestinian officials to these points as well as to Area “C”; import policies and import surveillance mechanisms; exchange of import information, data and records.

The report notes that Israeli and Palestinian sides may consider negotiating all outstanding issues to resolve accumulated dues to the Palestinian people, and to establish a mechanism through which the Israeli government may share with the Palestinians all the information related to Palestinian trade and fiscal resources.

The United Nations maintains its long-standing position that lasting and comprehensive peace can only be achieved through a negotiated two-State solution.

The Secretary-General will continue to ensure that the United Nations works towards the establishment of an independent, democratic, contiguous and viable Palestinian State, living side by side in peace with a secure Israel, with Jerusalem as the capital of both States consistent with relevant Security Council resolutions and international law.