Fast-paced changes in the digital economy are shaking up the creative industries and producing new opportunities to advance development and diversity.

The intersection of the creative and digital economies – and the emerging opportunities at this nexus – was an important discussion point at a recent services trade fair in Beijing, China, with UNCTAD and the others focusing on how the digital world is shaping new economic and trade models.

The 2018 Beijing International Forum on Creative Economy and Summit on Augmented Reality Industry Development took place as part of the China Trade in Services Fair in Beijing from May 28 to June 1.

“Services are a powerful economic driver,” UNCTAD Deputy Secretary-General Isabelle Durant said during a keynote speech to open the fair “They made up 56% of developing countries' total GDP in 2016, and 54% of their total employment in 2017.” 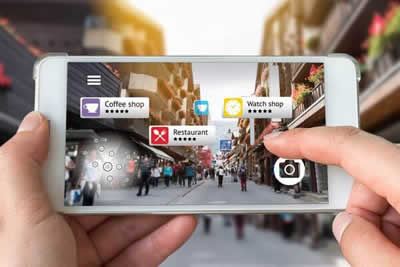 The forum was held on 29 May and was jointly hosted by the World Tradepoint Federation and the Beijing Municipal Commission of Commerce with the participation of UNCTAD.

It tackled the theme of how technological innovation promotes the development of creative economy. Participants looked at how augmented reality, technology and the creative industries are combining to form a new engine for economic growth.

Ms. Henderson spoke about the creative economy in the digital era.

“In terms of development, digital creation, distribution and participation have revolutionized the creative and many other industries and are driving new economic and trade models forward,” she said.

“Creative workers and creative content are already integral to bringing the digital world to life – and it is critical that we understand both this contribution and how it promotes socio-economic development.”

Ms. Henderson’s keynote was supported by a presentation by team member, Carolina Quintana, on the trends in international trade in creative industries, led by dynamic markets in East Asia. It focused on the region’s increasing digital content market share in services sectors related to architecture, audio-visuals and personal, cultural and recreational services.

More than 200 people attended the forum, including experts and officials of international organizations, the Chinese public sector, chambers of commerce and enterprises.

Ms. Quintana was also invited to speak at the Beijing Forum on International Industry Development.

At this event she discussed the important integration of the “exhibition industry” in the creative industry ecosystem.

“Exhibitions are an important way to showcase destination and goods and services offerings – especially creative goods and services. They contribute to creative enterprise, trade, export development and tourism, as well as knowledge bases and community cohesion.”

The fair took place just over six months after the 19th National Congress of the Communist Party of China (CPC), where the cultural and creative industries were highlighted as one of the main pillars of the national economy.

In his address at the CPC, President Xi Jinping's issued a call to boost the vitality of the domestic cultural and creative sector by upgrading its industrial structure, fostering major brands and boosting consumption.

China has consistently moved toward a more creative, consumer-driven economy. The value added from China's culture-related sectors clocking $463.9 billion in 2016 a 13% rise from the previous year, according to data from the National Bureau of Statistics and reported by China Daily.

UNCTAD also took part in meetings with the Beijing Municipal Government to jointly organize a Creative Economy Forum in 2019 and participate in Exhibition Industry International Trade Forum, part of the renowned annual China International Import Fair in Shanghai, due to take place on 6–7 November..