Data and privacy unprotected in one third of countries, despite progress

Major gaps in cyberlaw adoption leave consumers vulnerable during the coronavirus crisis as they access goods and services online.

Only 66% of the nations of the world safeguard people’s data and privacy, despite an 11 percentage point increase in the adoption of data protection and privacy legislation in the period 2015-2020, according to new UNCTAD data.

Results of a new survey on global cyberlaw adoption, released on 28 April during the UNCTAD eWeek, show that the share is even lower among least developed countries, at just 43%.

“Given the rise of cybercrime, scams and online fraud during the COVID-19 pandemic, the survey results are very worrying,” said Shamika N. Sirimanne, director of UNCTAD’s division on technology and logistics.

For e-commerce to effectively support development, she said, consumers and businesses must feel protected.

“This is especially true in these trying times, when digital tools are increasingly the only vehicle to access goods and services.” 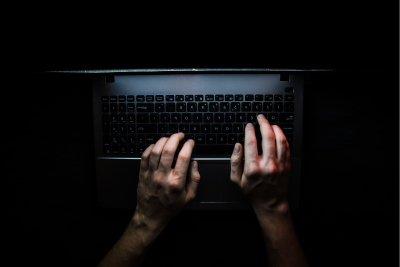 For consumer confidence to pick up and people to trust e-commerce, more countries must have legal frameworks that adequately protect their citizens online.

The survey shows that another 10% of countries have draft legislations on data protection and privacy that are expected to become laws in 2020. They include Thailand and Brazil, which have based their legislation on the European General Data Protection Regulation issued in 2018 – similar to Australia, New Zealand, Korea and South Africa.

In Brazil, the new law would replace or supplement the 40 or so sector-based legal norms currently dealing with data and privacy that at times are inconsistent and non-compatible.

But protecting online consumers and businesses isn’t just a question of legislation. After the laws are in the books, they must be enforced, and developing countries often have insufficient resources for enforcement.

The survey shows that the evolving cybercrime landscape and resulting skills gaps are a significant challenge to law enforcement agencies and prosecutors, especially for cross-border enforcement.

UNCTAD recommends that when countries adopt new cyberlaws, they should opt for technology-neutral legislation when possible, to avoid the need for regular revisions and to ensure compatibility among different legal systems.

The main results of the 2020 survey are: 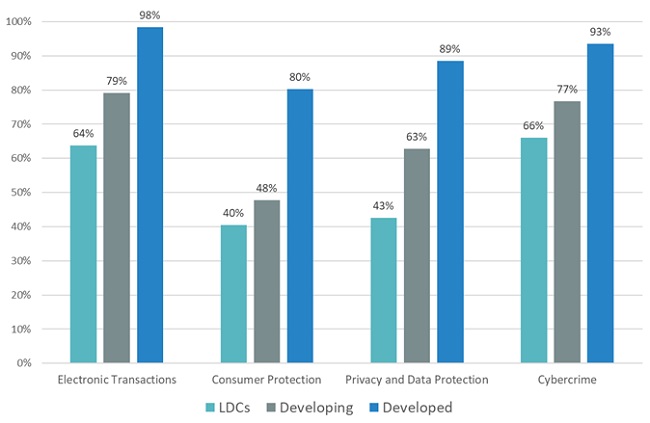 UNCTAD conducted the cyberlaw adoption survey in February 2020. More than 60 countries took part. The UN body also consulted with international organizations and experts, including the United Nations Commission on International Trade Law (UNCITRAL), the United Nations Office on Drugs and Crime (UNODC), the Council of Europe and Dr. Graham Greenleaf, professor of law and information systems at the University of New South Wales in Australia.