Regional resource-pooling, reliance on regional banks, even the creation of a Bank of the South were suggested to help developing countries in the wake of the world financial crisis. 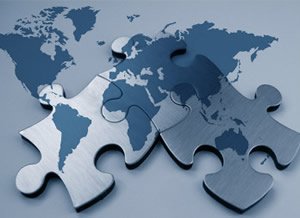 These recommendations came at the fourth session of UNCTAD's Multi-year Expert Meeting on International Cooperation: South-South Cooperation and Regional Integration. The 24-25 October session focused on the topic of "Trade financing and the role of regional financial institutions in promoting South-South trade and investment".

Participants emphasized the importance of regional monetary and financial cooperation, and the role of regional banks as a source of both short-run trade finance and long-run development finance. They said that such an approach was perhaps the best way to cope with the severity of the recent global financial crisis. They noted that the downturn had raised serious questions about the effectiveness of the international financial system, including its ability to provide a stable environment for international trade - a situation of particular importance for developing countries.

Solidarity was urged among regions of the South, and among banking institutions based in developing countries, in order to keep short-term financing and much-needed investment available so that growth opportunities in poor countries would not be wasted because of unstable international conditions or a shortage of liquidity.

Experts at the meeting also encouraged the mobilization of the public sector to counteract the reduction of private-sector finance. In addition, they stated that steps should be taken to ease the creation of specialized and well-resourced financial institutions in the South, along with rating agencies based in the South. This would mitigate disparities in the cost of financing that still existed between developed- and developing-county firms.

The experts agreed that a part of the vast foreign exchange reserves accumulated by developing countries over the past decade could be usefully allocated to capitalize South-South regional development banks or, more ambitiously, a single Bank of the South able to lend across the developing world. Such banks should provide "countercyclical" lending - that is, lending to stimulate developing-country economies when the recession had dried up private-sector lending - while at the same time financing development projects. They also urged that such funding be used to foster export diversification and South-South economic integration.

All the presentations prepared by the experts are available from the meeting page.