Digital wealth is concentrated in the hands of a few US- and China-based platforms. The gap between the under-connected and the hyper-digitalized countries will widen and worsen inequalities if unaddressed, says new UN report.

Concerted global efforts are required to spread the rapidly expanding digital economy’s gains to the many people who currently reap little benefit from it, says a new United Nations report.

The UN Conference on Trade and Development (UNCTAD) has released its first-ever Digital Economy Report 2019 that maps the flow, data and funds in the world’s digital economy. It outlines the enormous potential gains and possible development costs as more of the world moves, connects and buys online.

Wealth creation in the digital economy is highly concentrated in the United States and China, with the rest of the world, especially countries in Africa and Latin America, trailing considerably far behind, according to the report. 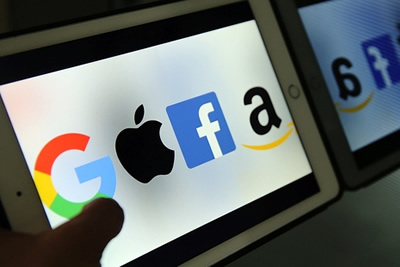 The United States and China account for 75% of all patents related to blockchain technologies, 50% of global spending on the Internet of Things (IoT), more than 75% of the cloud computing market and as much as 90% per cent of the market capitalization value of the world’s 70 largest digital platform companies.

Figure 1: Geographical distribution of the main global platforms in the world, 2018

“We must work to close the digital divide, where more than half the world has limited or no access to the Internet. Inclusivity is essential to building a digital economy that delivers for all,” Mr. Guterres said in the report.

UNCTAD Secretary-General Mukhisa Kituyi said: “We need to respond to the desire of people in developing countries to take part in the new digital world, not just as users and consumers, but also as producers, exporters and innovators, for creating and capturing more value on their path towards inclusive prosperity.”

The report gives special attention to digital data and digital platforms, the two main drivers of value creation in the digital economy.

Global internet protocol (IP) traffic, a proxy for data flows, has seen dramatic growth. In 1992, there was about 100 gigabytes (GB) of traffic per day. By 2017 such traffic had surged to more than 45,000 GB per second.

Yet the world is only in the early days of the data-driven economy. By 2022 global IP traffic is projected to reach 150,700 GB per second.

The surge in data traffic reflects growth in the sheer number of people using the Internet and the uptake of frontier technologies such as blockchain, data analytics, artificial intelligence, 3D printing, IoT, automation, robotics and cloud computing.

Platforms have an edge

Businesses that build digital platforms have a major advantage in the data-driven economy. By acting as both intermediary and infrastructure, they are positioned to record and extract data related to online actions, interactions and transactions conducted by users.

The report notes that 40% of the world’s 20 largest companies by market capitalization have a platform-based business model.

The combined value of the platform companies with a market capitalization of more than US$100 million was estimated at more than $7 trillion in 2017 – 67% higher than in 2015, according to the report.

Some digital platforms have grown to dominate key niches. Google has some 90% of the market for Internet searches, while Facebook accounts for two thirds of the global social media market and is the top social media platform in more than 90% of the world’s economies.

In China, WeChat (owned by Tencent) has more than one billion active users. Its payment solution and Alipay (owned by Alibaba) have captured virtually the entire Chinese market for mobile payments. Meanwhile, Alibaba is estimated to have close to 60% of the Chinese e-commerce market.

These companies are aggressively consolidating their competitive positions, including by acquiring potential competitors and expanding into complementary products or services, lobbying in domestic and international policymaking circles and establishing strategic partnerships with leading multinationals in traditional sectors, such as automotive, semiconductor and retail industries.

The dominance of global digital platforms, their control of data, as well as their capacity to create and capture the ensuing value, accentuates concentration and consolidation rather than reducing inequalities between and within countries, the report notes.

It warns that developing countries risk becoming mere providers of raw data, while having to pay for the digital intelligence generated using their data.

If left unaddressed, the yawning gap between the under-connected and the hyper-digitalized countries will widen, and inequalities be exacerbated.

Breaking this vicious circle requires out-of-the-box thinking, the report says. One way is to consider finding an alternative configuration of the digital economy that leads to more balanced results and a fairer distribution of the gains from data and digital intelligence.

Governments have a critical role in shaping the digital economy by defining the rules of the game, the report notes. This involves the adaptation of existing policies, laws and regulations, and the adoption of new ones in many areas.

Policy responses need to consider increased difficulties of enforcing national laws and regulations with respect to cross-border trade in digital services and products, the report recommends.

Further, they should explore new pathways for local value creation and capture, and structural transformation through digitalization.

At the same time, several policy challenges associated with value creation and capture in the digital economy can only be effectively addressed at the regional or international level, with the full involvement of developing countries. This includes competition, taxation, cross-border data flows, intellectual property, trade and employment policies.

To secure a digital future for the many, rather than the few, domestic and international policies should go beyond enlisting more developing-country users and consumers online; they should also enable the building of domestic capabilities to create and capture value.

According to the report, the development community in this context needs to find more comprehensive ways to support countries that are trailing in the digital economy.

It recommends that more assistance should aim at reducing the digital divides, strengthening the enabling environment for value creation and building capacities in the private and public sectors.

Further, policy actions should seek to enhance trust by supporting the adoption and enforcement of relevant laws and regulations to promote value creation and capture in the data-driven digital economy.