Digital multinational enterprises are growing at breakneck speed and changing the nature of cross-border investment. 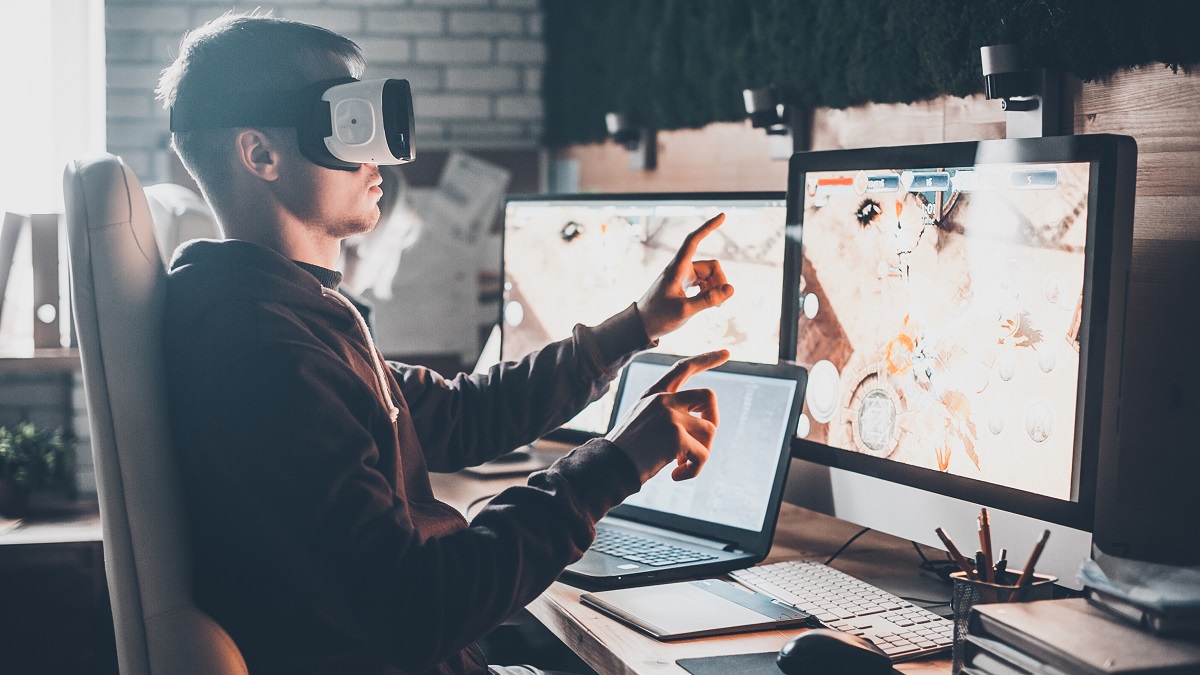 The international production footprint of digital multinational enterprises (MNEs), which was already expanding, has grown even faster during the COVID-19 pandemic.

UNCTAD’s Global Investment Trends Monitor published on 27 April unveils new rankings of the top 100 digital MNEs, whose total sales were almost 160% higher in 2021 than in 2016, with an average increase of 21% per year.

Their net income grew by over 60% between 2020 and 2021, in contrast to a flat trend for the traditional top 100 MNEs, excluding those in the technology sector.

The top 100 digital MNEs include leading players such as Uber, Twitter and Meta.

The report also looks at the impact of the world’s largest digital MNEs on trade and investment.

“Digital MNEs can provide a boost to competitiveness across all sectors, new opportunities for business and entrepreneurial activity and new avenues for market access and participation in global value chains,” said James Zhan, UNCTAD’s director of investment and enterprise development. 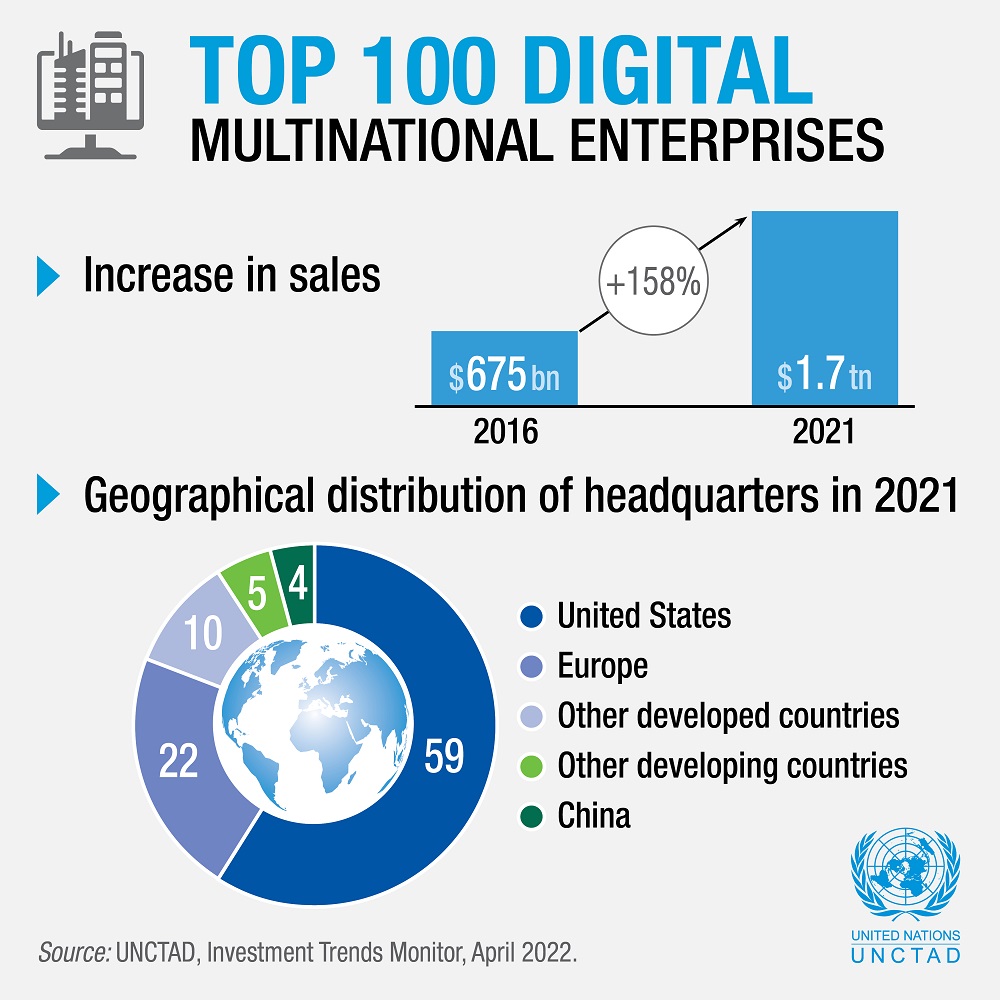 Firms such as Uber, Twitter and Meta are large, publicly listed global companies with core business in one of four digital economy segments: platforms, solutions, content or e-commerce.

The inherent dynamism of digital companies, coupled with accelerating adoption of digital solutions driven by the pandemic, has fuelled significant changes to the top 100 list.

Over past five years, 39 new companies have joined the ranking, replacing others that were acquired or outranked.

During that time, the number of internet platforms on the list has risen from 11 to 15, with nine new names.

The digital solutions segment, which has the most companies – 34 – on the list, is followed by digital content, which accounted for 31% of the total revenue of the top 100 in 2021.

E-commerce is the segment with the highest share of revenue, with just two big firms – Amazon from the United States and Alibaba from China – making up 34% of the top 100’s total revenue.

The ranking is still dominated by companies from developed economies, mostly from the U.S. and Europe.

But geographical diversity has improved, with companies from China, Southeast Asia and Latin America entering the top 100.

As for the e-commerce segment, local knowledge is proving to be an important factor, as evidenced by the higher share of non-American MNEs on the list.

Digital MNEs can reach overseas markets with little or no investment in physical assets.

Since 2016, their foreign asset footprint has decreased, while foreign sales have grown. The ratio between the latter and the former is up by 11%, with most of the rise taking place in 2021 due to the spike in sales during the COVID-19 pandemic.

However, the pandemic has pushed some digital MNEs to invest in overseas operations.

E-commerce MNEs, in particular, shored up greenfield investments – mostly in logistics and distribution projects – by 120% in 2020 and a further 10% in 2021.

“Digitals are a very dynamic group of companies that, based on firm-specific advantages in intangibles, network effects and digital assets, can reach scale in a short time and expand abroad seamlessly,” Mr. Zhan said.

“As such, the global expansion of digital MNEs is highly relevant for the development strategies of host economies,” he added.