Luxembourg, Switzerland and Norway most ready to benefit from e-commerce

For the third straight year, Luxembourg has held on to its position atop UNCTAD's ranking of 143 countries' capacity to support online shopping and other business-to-consumer e-commerce. Among the top 10 economies in the 2017 UNCTAD B2C E-commerce Index, seven are European while three are from the Asia-Pacific region.

Among developing countries, three high-income economies - the Republic of Korea, Hong Kong (China) and Singapore - have the best ranking. They are followed by the United Arab Emirates and Malaysia. Trinidad and Tobago is the top performer in Latin America and the Caribbean, and Serbia is ahead of other transition economies. Mauritius, South Africa and Nigeria top the African regional chart.

"An increasing number of countries are designing national policies and strategies to harness the full potential of e-commerce to promote inclusive growth, and the UNCTAD B2C E-commerce Index can help policy makers assess to what extent their economies are e-commerce ready and what areas are in greatest need of improvement," says Shamika Sirimanne, Director of UNCTAD's Division on Technology and Logistics, which produces the index. 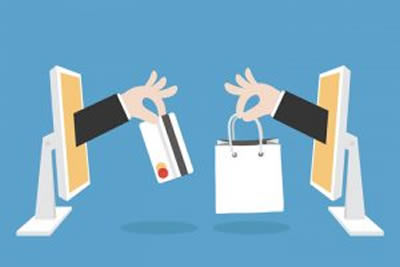 The index, first published in 2015, draws on data on Internet use, secure servers, use of financial accounts (including mobile money accounts) and the reliability of postal deliveries, and shows that e-commerce readiness varies by region.

In the case of Internet access, less than a quarter of the population in Africa uses the Internet compared to two thirds in Western Asia. East, South and Southeast Asia need to boost Internet penetration, which currently stands at below half of the population on average, as well as the number of secure servers, which is below the world average. To facilitate more inclusive e-commerce, African countries would need to catch up in all policy areas.

This year's index was improved by increasing the geographic coverage - from 137 to 143 economies. The payment indicator was also changed to capture the availability of a bank or mobile money account instead of the more restrictive credit-card-use-only indicator. As a result, the 2017 index is better than previous editions at predicting the proportion of people shopping online.

Using the new methodology, the greatest improvements compared with data for the previous year were noted for Kazakhstan, Nigeria (both up 26 positions) and Mongolia (up 24 positions), in large part thanks to the improved reliability of postal deliveries.

UNCTAD will present this year's edition of the index today in Geneva at the first session of its Intergovernmental Group of Experts on E-commerce and the Digital Economy. The meeting, which convenes until Friday and is expected to bring together more than 300 experts from governments, businesses, international organizations and civil society from some 90 countries, will discuss in part what developing countries need to do to build competitive advantages through e-commerce and the digital economy.

The UNCTAD B2C E-commerce Index 2017 is composed of four indicators: Internet-use penetration, secure server density, payment account penetration and a postal reliability score. The index allows for an easy comparison of how one economy fares in the different areas vis-a-vis the others.