Reining in greenhouse gas emissions in the transport sector is vital, but the strong focus on passenger traffic should not mask the need to make freight more sustainable, the COP23 international climate summit in Bonn, Germany has heard.

At a conference session organized by UNCTAD, UNDP and the Islamic Development Bank, a string of expert speakers underlined the importance of greater efforts on the sustainable freight front, whether by road, rail or sea.

Her words were echoed by Mr. Annise Terai, Head of Policy and Partnerships at the International Islamic Trade Finance Corporation, which is part of the Islamic Development Bank Group.

"Trade, transport and climate action are intimately related. Today, we need to tackle sustainability challenges all together. Both trade and transport could have a negative impact on the climate, but they also have the potential to significantly help reduce emissions," he said. 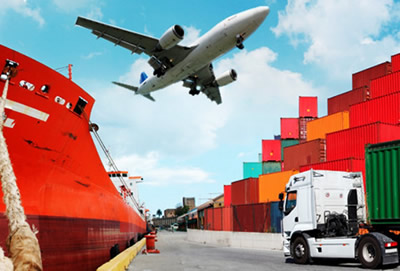 The strategic economic importance of freight transport as a trade enabler, engine of growth and driver of social development is widely recognized. At the same time, its adverse impacts on the environment, human health and climate are also increasingly acknowledged.

Freight transport generates a disproportionate share of negative impacts such as congestion, air pollution, greenhouse gases, or traffic fatalities. If left unchecked, these could undermine the successful implementation of the 2030 Agenda for Sustainable Development and the 2015 Paris Agreement on climate change.

There have been major strides in addressing passenger transport emissions, but freight has lagged, noted Mr. Holger Dalkmann, Co-Chair at the Partnership on Sustainable Low Carbon Transport, known for short as SLoCaT. This is reflected in the Nationally Determined Contributions, or NDCs, which are emissions-curbing pledges made by countries under the Paris Agreement.

"If we don't tackle transport, then the Paris Agreement will fail. So, we're here at COP23 in Bonn to really raise the ambition on transport and climate change," Mr. Dalkmann said.

"Around 75% of the NDCs are currently mentioning transport, but only a quarter really also goes into freight. If we're not also moving towards passenger and freight transport in a more comprehensive manner, with countries setting up targets and having a clear roadmap on how they are to decarbonize, then we'll not enable the change we need."

Ms. Durant noted the importance of ensuring sustainable transport infrastructure in developing countries, recalling that UNCTAD is working on the issue within its wider efforts on inclusive development strategies.

Mr. Kishan Khoday, of the Sustainable Energy and Environment arm of UNDP said that sustainable freight needs to be part of a big picture. For example, he said, shipping has become increasingly sustainable in developed economies, but the wider freight sector in developing countries is less so. The globalized nature of trade means that emissions in one part of the chain undermine the overall sustainability of a supply network.

Mr. Khoday also addressed the issue of rail freight, singling out a UNDP project with India's rail network - the globe's largest - which seeks to make not just trains more sustainable but also railyards and stations, thanks to the use of solar energy.

Taking examples from successful emissions-busting programmes in other sectors could help drive faster change in the field of trade, experts say.

"Development is an evolutionary process. Lessons need to be shared by all," said Mr. Nasser Al-Thekair, General Manager for Trade and Business Development at the International Islamic Trade Finance Corporation.