UNCTAD Secretary-General Supachai Panitchpakdi says that foreign investment flows are less robust than hoped, but that there is an encouraging shift towards investment that can support sustainable economic growth.

The Secretary-General was speaking at the opening of the week-long Investment, Enterprise and Development Commission. The current session is the Commission's fourth.

Dr. Supachai said that there were indications that foreign direct investment (FDI) in 2012 would at best equal the 2011 total of slightly below $1.6 trillion. Various risks to the recovery, including the European sovereign debt crisis, the slowdown in Asian growth, and the possible ramifications of the "fiscal cliff" being dealt with by legislators in the United States, were limiting growth prospects, he told the meeting.

As is documented by UNCTAD's latest Investment Policy Monitor, which was released today, countries are continuing to take measures to liberalize and promote FDI flows, but there is also an increase in policy measures to restrict or regulate FDI.

However the Secretary-General highlighted a shift, which he said had been in the making for some time now, whereby government policies to attract FDI were matched to national strategies for economic growth. Particularly, he stated that the recent emphasis among developing countries had been to direct investment into areas that would bolster broad, steady economic development that expanded productive capacities and would yield inclusive results.

That was in keeping with UNCTAD's Investment Policy Framework for Sustainable Development, and also with its recently proposed Core Principles for Investment Policymaking, Dr. Supachai said. He highlighted the first of the 11 core principles, which is the overarching objective of directing investment towards sustainable development. The core principles also call for setting out a general process to achieve that goal, including policy coherence, effective public governance and institutions, and dynamic policymaking.

Among other ingredients that can lead to sustained, inclusive progress in developing countries are government strategies that take advantage of new opportunities in science, technology and innovation, the Secretary-General told the meeting. UNCTAD's Least Developed Countries Report, for example, which was released today, cites the value to poor countries of mobile money transfers. This method can help families to reduce the transaction costs associated with international remittances.

Dr. Supachai further cited UNCTAD's Information Economy Report, to be released on Wednesday, which focuses on the rapidly expanding activity and employment in developing countries in the field of software writing and development. Rapid communication, led by the Internet, meant that talented people anywhere in the world could contribute to software projects, he said. As many as 150 countries now contribute to such projects via online platforms; Bangladesh, for example, has over 10,000 software writers who sell their services online. 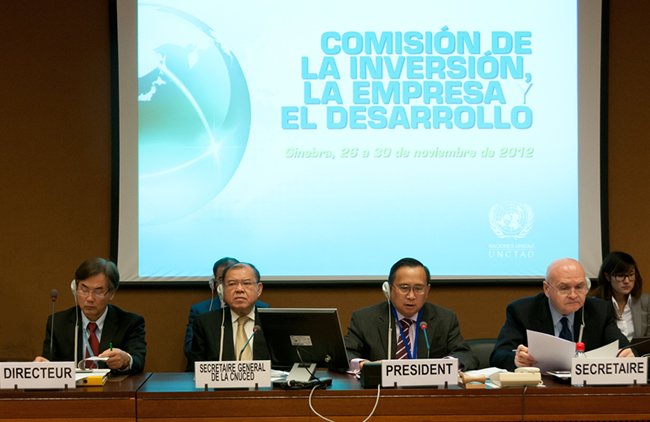