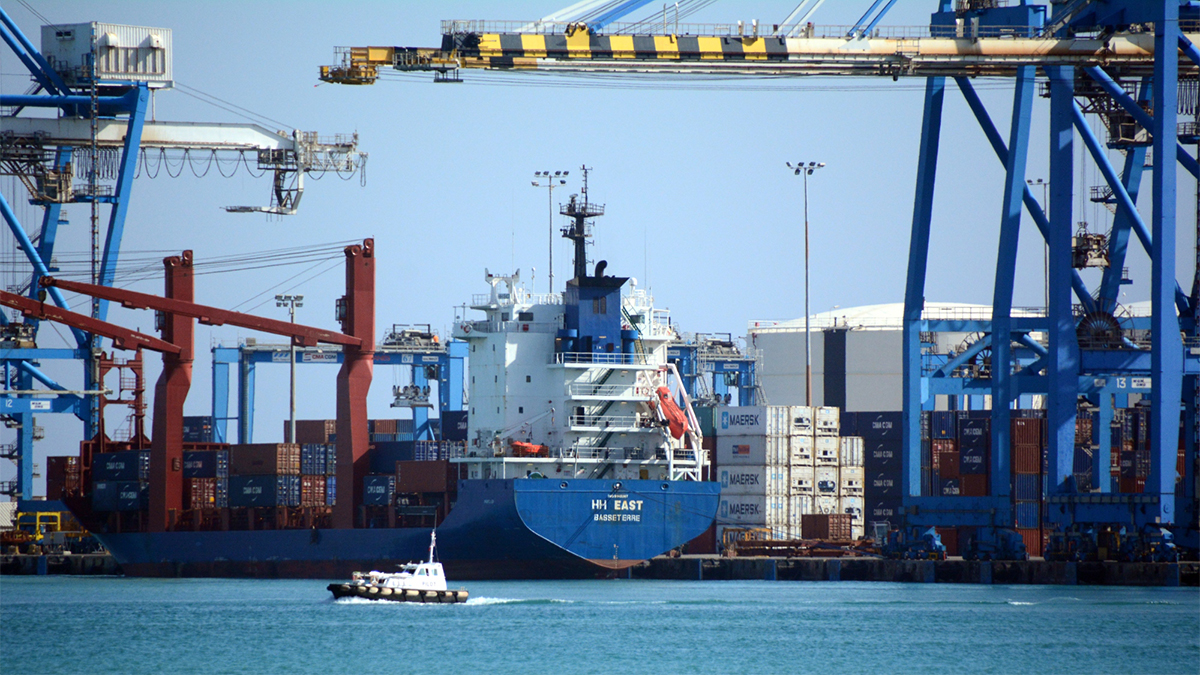 International shipping accounts for 2-3% of global carbon emissions, equal to what Germany, the sixth largest emitter in the world, emits in a year. IMO’s initial strategy on the reduction of Greenhouse Gas (GHG) emissions from ships, adopted in 2018, requires that total annual GHG be reduced by at least 50% by 2050 compared to 2008.

With the aim of pushing through their global net-zero agenda, Governments, regulators, and banks who are running on the forefront of the energy transition, are likely to target first the large companies active at busier shipping routes and large ports that are much more visible on the map. These players have deeper pockets and are less numerous in quantity, making it easier to deal with them. By going after these low-hanging fruits, the impact of regulations will be higher, and targets quicker to achieve.

In contrast, legislation for vessels below 5000 GT is expected to come with a lag. Such vessels make up the largest proportion of the merchant fleet involved in short sea shipping (SSS) in the region of the Eastern Mediterranean, the Aegean Sea, the Marmara Sea and Black Sea. Nonetheless, this timing advantage should not give ground for complacency for the owners of these coasters.

This article summarizes my observations and findings from a business perspective in relation to the changes derived from the global energy transition and decarbonization agenda, aiming to provide guidance to regional industry players.

SSS is responsible for more than 70% of sea transport in this region (see Figure 1), which consists of the interconnected seas of Eastern Med, the Aegean, the Marmara Sea, the Black Sea and all the rivers that flow into the Black Sea. 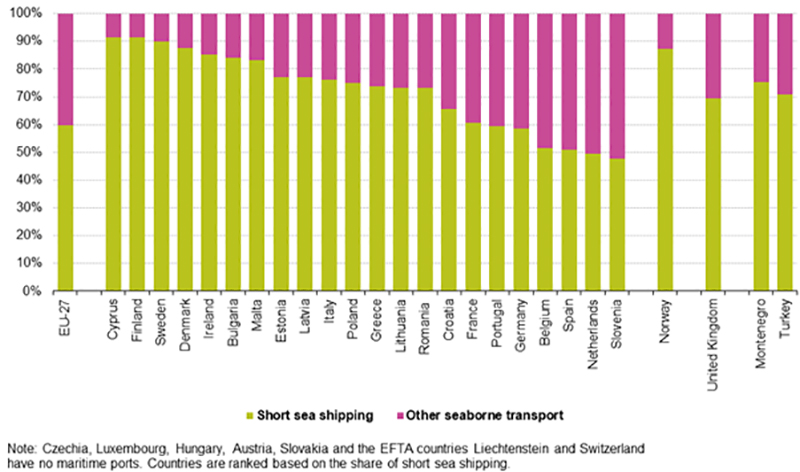 SSS refers to maritime transport of goods over relatively short distances, as opposed to the intercontinental cross-ocean shipping.[i] To make an analogy, long-haul intercontinental transport routes are the highways of the oceans connecting different parts of the world through massive transshipment ports, where huge tankers, container ships and bulkers operate, while SSS routes represent the inner roads. Both are essential.

Maritime transport operations in this region take place between small and specialized ports located at inner seas like Sea of Marmara, the Aegean, the Black Sea, where distances travelled are shorter and sea traffic often continues in rivers into smaller inland ports. In a typical voyage, sailing time in relation to time spent at ports is usually shorter than in long-haul shipping which has specific implications in terms of energy consumption and therefore for the decarbonization discussion[ii]

The merchant fleet operating in this region encompasses around 1,500 ships with an average age of ca. 20 years. A vast majority of are coasters, consisting mostly of smaller specialty ships (<5,000 GT) with a lower draft and often ice-class characteristics. These vessels generally burn less polluting low-sulphur gasoil, in contrast with heavy fuel oil used by larger transcontinental ships sailing major oceans.

It is estimated that roughly 70 % of goods in this region are transported via SSS. Main goods traded in the region encompass grain, metals, mining ore, building materials, chemicals and hydrocarbons. This region is an energy transmission corridor linking the nations with abundant carbon sources (coal, natural gas and oil) of Russia and the Middle East with consumer markets. Turkey stands out as a big consumer and is a vital bridge linking these producer and consumer markets through gigantic oil and gas infrastructure such as pipelines and ports that run through her territory.

The pressure to transition away from fossil fuels is increasing. However, this transition will happen gradually, from a growing contribution of renewable energy within the energy mix consumed. In other words, the thirst for energy will be met by a growing degree of renewable production over the next 20-30 years. As such, renewable sources will continue to grow at a much faster pace albeit from a low base that we have today.

The dilemmas faced by SSS companies

There is currently a chronic shortage of vessels in SSS. Can we then expect new capacity to come on-line over the next two to three years? Not so soon. Shipping supply can only be increased with a lag: it takes about two years to build a vessel. But companies face several dilemmas in making investment decisions.

Investing in ships is an intricate decision. High market volatility, long payback periods together with heightened uncertainties due to technological changes and new regulations makes the timing of investment critical. Borrowers and lenders face the same issues. Capacity investments have been depressed since 2008 global financial crisis. The COVID-19 crisis has not helped either.

A joint, voluntary undertaking called Poseidon Principles[iii] issued by many financial institutions including lenders, financial guarantors, lessors and export credit agencies provides a framework of principles applicable on ship financing transactions for complying with the Imo decarbonisation targets. It remains to be seen if these principles will suffice to unleash the supply of credit to shipowners in an environment where maritime finance has already been scarce for many years.

While defining the emissions standards applicable to new ships, the IMO also assessed that, old ships could also meet these targets by reducing speed. Fuel consumption of the main engine in relation to the speed of the vessels has a cubic correlation, meaning that one unit reduction in speed leads to a much greater reduction in fuel consumption and vice versa. [iv]

However, speed reduction is believed to be only a short-term solution. In a “business as usual” situation, imposing a speed limit on vessels means a reduction of available transport capacity which would result in higher freight rates, suggesting an incentive to build new ships to balance out the reduction in supply, which in turn means more fuel consumption. Moreover, construction of new ships at shipyards is also a carbon intensive process adding to the GHG problem, although there is no meaningful empirical analysis available quantifying the CO2 emissions when building a new ship.

The new IMO carbon emission guidelines discourage the use of existing carbon-intensive propulsion technologies. But regulations in the maritime domain are running ahead of the developments in propulsion technology adoption. When choosing innovative technologies for new builds or retrofitting old ships, confusion is the name of the game. There are divergent opinions between regulators, policymakers, shipowners and shipyards regarding which technology will prevail in the future. This hesitation leads to delays in building the ships of the future.

Shipyards in Europe expect an explosion in demand in about three years from now.[v] Given limited capacity at pan-European shipyards, a sudden explosion in demand for new builds and retrofits is expected to create bottlenecks, which shipowners should beware of and plan their capex timing accordingly. By that time, one or more technologies will hopefully get global acceptance in terms of commercialization.

Fuelling vessels with hydrogen, methanol, or ammonia is expected soon to become the norm. Hydrogen is a way to store energy for future use. It can be stored, carried on ships to different parts of the world and used as bunker fuel (provided ships are equipped to utilize hydrogen as a fuel source).

A process called steam reforming enables converting hydrocarbons to hydrogen. So, hydrogen will need to be produced and stored near or at ports, which requires heavy investment in infrastructure. This cannot be undertaken in this region without financial support from developed nations and multilateral institutions such as EBRD, EIB and World Bank.

Hydrogen that is produced today uses carbon intensive natural gas, i.e. “grey hydrogen”. This region is a candidate to become a major “grey”[vi] hydrogen and ammonia hub using the abundant carbon sources passing through this energy corridor. Equally, the black (bituminous) and brown (lignite) coal could be used for black or brown hydrogen production. In order to reduce total GHG emissions, it will be important to generate hydrogen from renewable energy sources. Hydrogen and ammonia can then be piped and stored at ports and used as bunker fuel in ships equipped with new generation power systems.

To eliminate carbon emissions generated during the chemical process, investment for carbon capture should be envisaged over time. This would enable refining the production process, to transform “grey hydrogen” into “blue” hydrogen”[vii], capturing the emitted CO2 instead of releasing it to the atmosphere.

The sweeping changes expected in global shipping and port management arising from forces of disruption, digitalisation and decarbonization will dramatically affect our region along with the rest of the world.

Decarbonization-related changes are likely to lead to strongly capitalized companies, adopting the right technology at the right time, growing their market share and securing themselves a strong future in this vital industry.

In our region, within few years, we may see a ship that runs on LNG with a CO2 capture system on board, or a ship that bunkers on hydrogen, methanol or ammonia supplied by a vast pipeline infrastructure at various ports that she calls. For this to happen, however, existing bunkering infrastructure at ports would have to be supported by intensive networks of pipelines carrying hydrogen, produced by steam reformers equipped with CO2 capturing capabilities to store the emissions underground.

[i] As defined by EU Commission Communication COM (1999) 317 of June 1999. Short sea shipping also includes feeder services: a short-sea network between ports aimed at consolidating or redistributing freight to or from a deep-sea service in one of these ports, the so-called hub port.
[ii] As a rule of thumb, it would be safe to assume 15 days of sailing and 15 days of port time during one month for a coaster sailing in this region.
[iii] The Poseidon Principles came into effect in June 2019 and are applicable to the signatory financial institutions. They apply globally to all credit products secured by vessel mortgages or finance leases secured by title over vessel and where a vessel or vessels fall under the purview of the IMO. Signatories will, on an annual basis, measure the carbon intensity and assess climate alignment (carbon intensity relative to established decarbonization trajectories) of their shipping portfolios.
[iv] Leaper, Russel (2019). “The Role of Slower Vessel Speeds in Reducing Greenhouse Gas Emissions, Underwater Noise and Collision Risk for Whales”
[v] Mulder, Loek (2021) “Northern yards face ‘most exiting period ever”, published on www.rtvnoord.nl
[vi] Grey hydrogen is the most common form of hydrogen and is generated from natural gas or methane through a process called “steam reforming”.
[vii] Blue hydrogen is referred to hydrogen production where waste CO2 production during the steam reforming technology is captured and stored geologically underground. 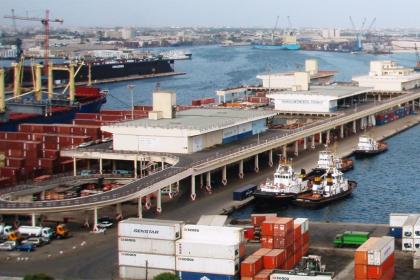 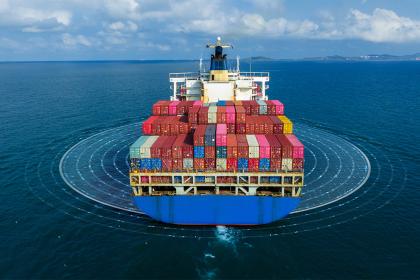