The staggering economic cost of occupation: The Palestinian economy would be at least twice as large without Israeli occupation, UNCTAD report says

The economy of the Occupied Palestinian Territory could easily produce twice the gross domestic product (GDP) it generates now, while unemployment and poverty could recede significantly, according to this year's report on UNCTAD assistance to the Palestinian people.

Surveying a number of studies, the report reveals the channels through which occupation deprives the Palestinian people of their human right to development and hollows out the Palestinian economy.

Chief among these are the confiscation of Palestinian land, water and other natural resources; loss of policy space; restrictions on the movement of people and goods; destruction of assets and the productive base; expansion of Israeli settlements; fragmentation of domestic markets; separation from international markets and forced dependence on the Israeli economy.

Moreover, a continuous process of de-agriculturalization and de-industrialization has deformed the structure of the Palestinian economy, the report maintains.

Area C, which accounts for more than 60 per cent of West Bank land and more than 66 per cent of its grazing land, is not accessible to Palestinian producers. 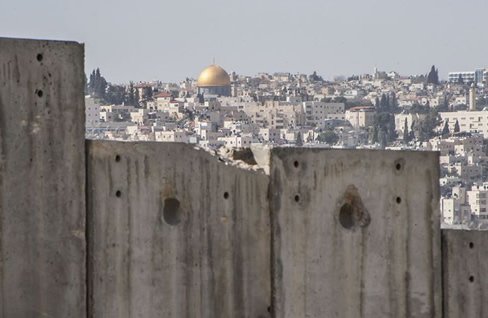 Download:
Report on UNCTAD assistance to the Palestinian people: Developments in the economy of the Occupied Palestinian Territory

It is estimated that the occupation of Area C costs the Palestinian economy the equivalent of 35 per cent of GDP ($4.4 billion in 2015).

In Gaza, producers are denied access to half of the cultivable area and 85 per cent of fishery resources, while the cost of the direct damage inflicted by three Israeli military operations, between 2008 and 2014, is estimated to be at least three times the size of Gaza's annual GDP.

In January 2015 alone, 5,600 productive trees were vandalized, adding to the more than 2.5 million productive trees (including 800,000 olive trees) that have been uprooted since 1967. Furthermore, Palestinians are prohibited from maintaining or digging water wells, while Israel has been extracting much more water than the level stipulated by the 1993 Oslo Accords and confiscating 82 per cent of Palestinian groundwater. The Palestinians are left with no choice but to import their own water from Israel to cover 50 per cent of their consumption.

As recognized by the United Nations in General Assembly resolutions 69/20 (paragraph 9) and 70/12 (paragraph 9), the report suggests the establishment of a systematic, rigorous and comprehensive framework to assess the ongoing economic cost of occupation. The report concludes that examination of these costs and of other obstacles to trade and development is essential to place the Palestinian economy on the path to sustainable development and to achieve a just settlement of the Palestinian-Israeli conflict, as well as lasting peace in the Middle East.

Slow reconstruction since the Israeli military operation in Gaza in 2014 has compounded the adverse trade and development impact of Israel's prolonged occupation of the Palestinian territory. Following the economic decline of 2014, which was mainly the result of the Israeli military operation in Gaza, the economy of the Occupied Palestinian Territory grew by 3.5 per cent in 2015. However, this was not sufficient to lift stagnant per capita income, which remains below its 2013 level. The report also attributes the economic weakness to a decline in foreign aid and Israel's withholding of Palestinian tax revenue during the first four months of 2015.

"Trade is the very cornerstone upon which economic development can be built, and boosting sustained growth requires more and better trade," said UNCTAD Secretary-General Mukhisa Kituyi.

The report argues that the occupation has cultivated permanent crises of unemployment, poverty and food insecurity. In 2015, 25 per cent of the people in the Occupied Palestinian Territory were unemployed and 66 per cent were food-insecure. In Gaza, unemployment reached 38 per cent in 2015; 73 per cent of the population are in need of humanitarian assistance.

Israel has tightened its blockade on Gaza during the past year and added more items to the banned list of "dual-use" items - a list of civilian goods that Palestinians are not allowed to import because Israel deems them as having potentially harmful uses. The list includes raw materials, agricultural fertilizers, telecommunications equipment, steel, pipes, spare parts and other capital goods. Wood more than one centimetre thick is now classified as being of dual use. The blockade had devastated Gaza's once-vibrant furniture industry; it also restricts the movement of people, including those in need of essential medical treatment.

The blockade and attacks on the Gaza Power Plant in 2014 have further deepened Gaza's electricity crisis, exacting a heavy toll on every aspect of public and private life. The report highlights some of the consequences of this crisis:

The report notes that for the first time in 50 years, the infant mortality rate in Gaza escalated from 12 to 20.3 per 1,000 live births between 2008 and 2013. This trend is unprecedented and rarely observed outside communities affected by HIV epidemics.

"The closure of Gaza suffocates its people, stifles its economy and impedes reconstruction efforts," United Nations Secretary-General Ban Ki-Moon said in June 2016. He called the closure "collective punishment" for which there must be accountability. 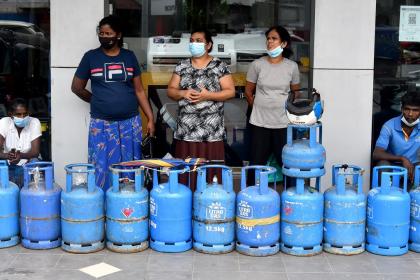