With just four weeks until the Eleventh WTO Ministerial Conference (MC11) in Buenos Aires, trade negotiators are redoubling efforts to reach an outcome on fish subsidies in line with the Sustainable Development Goals, which directly addresses the problem of overfishing and overcapacity.

Close to 31% of the world’s marine fish stocks are now overexploited and depleted. Estimated at between US$ 20 to 35 billion per year, harmful subsidies compound the problem of overfishing because they make it cheaper for industrial fishing fleets to operate further from their ports and out-compete small-scale fishermen.

"We urgently need an agreement that regulates harmful fisheries subsidies and cracks down on unfair competition in our seas," UNCTAD Secretary-General Mukhisa Kituyi said.

"'The trade community has a responsibility to safeguard fisheries resources, and protect the livelihoods of the billions of people around the world who rely on fish for food and income," Dr. Kituyi added.

Target 14.6 of the Sustainable Development Goals states that the world should "By 2020, prohibit certain forms of fisheries subsidies which contribute to overcapacity and overfishing, and eliminate subsidies that contribute to IUU fishing, and refrain from introducing new such subsidies…"

IUU is the label for fishing that is illegal, unreported and unregulated, factors that together have driven stocks to the brink. SDG 14 covers a large range of issues related to life below water and how it contributes to global sustainability.

UNCTAD, the UN Food and Agriculture Organization, UN Environment and more than 90 countries have led a call since July 2016 to urgently regulate fish subsidies at the multilateral level, in order to comply with SDG target 14.6 by 2020.

So far, a "draft compilation text" based on seven earlier proposals for MC11 outcomes on fisheries subsidies has been submitted by New Zealand, Iceland and Pakistan; the European Union; Indonesia; the African, Caribbean, Pacific (ACP) Group of States; the Latin American group composed of Argentina, Colombia, Costa Rica, Panama, Peru and Uruguay; the Least Developed Countries (LDC) Group; and Norway. This compilation effort is a significant step forward toward building international consensus on the issue.

And big global fisheries players such as China and the United States are showing positive engagement with their respective proposals on prohibiting subsidies to IUU fishing, and on enhancing transparency and notification requirements in the WTO.

To help keep the focus on the issue and enable a positive outcome in line with SDG 14.6 at MC11, UNCTAD will organize a high-level event on 11 December in Buenos Aires.

The UNCTAD event, entitled Fish Trade, Fisheries Subsidies and SDG 14, will provide a platform for a better understanding of trade-related aspects of the goal, , including regulatory issues, market access and fish management systems, in order to help build political consensus towards a potential solution at MC11.

Key issues under discussion will include:

The event will be co-organized in partnership with the UN Food and Agriculture Organization and the Commonwealth. 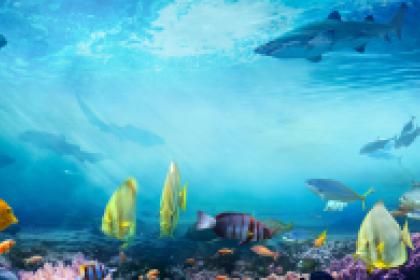