On 18 December 2012, the General Assembly added South Sudan to the list of Least Developed Countries (LDCs). LDC status was established in 1971, under the auspices of UNCTAD, as a vehicle for international attention to the most structurally disadvantaged countries.

The United Nations General Assembly, on 18 December 2012, adopted a resolution confirming the addition of South Sudan to the list of Least Developed Countries (LDCs). This admission, which took effect immediately, increased the number of countries benefiting from LDC status to 49. LDC status is granted to those economies that are deemed the most structurally disadvantaged and the most likely to experience difficulties in their efforts to come out of poverty.

Downtown Juba, South Sudan, shortly after the country's birth as an independent State on 9th July 2011
(photo by UNCTAD staff)

South Sudan, a landlocked country with a population estimated at 8.3 million, declared its independence on 9 July 2011, and became the 193rd member of the United Nations five days later. This followed more than two decades of hostilities between the northern and southern parts of Sudan (which itself has been an LDC since 1971). The new Republic of South Sudan is a nation with a daunting reconstruction agenda.

Poor and rich at the same time

More than half of the population is estimated to be living in absolute poverty. The economy is based on subsistence agriculture for a vast majority of the people. And yet, South Sudan is an oil-rich nation, whose potential exports consist almost totally of hydrocarbons. The estimated gross national income per capita is US$989, a figure only marginally below the upper limit taken into account by the United Nations in determining a country's eligibility for LDC status. However, the nation's 2012 per capita income level, though not available statistically, must have been considerably lower, as South Sudan halted its oil output in January 2012 owing to a dispute with Sudan, the only existing transit corridor for South Sudan's oil exports.

With an estimated secondary school enrolment ratio of only 6 per cent and nearly 50 per cent of its overall population considered undernourished, South Sudan stands at only 24 per cent of the human assets threshold for LDC eligibility. At the same time, South Sudan's economic vulnerability is deemed to be 39 per cent higher than the relevant threshold for admission to the LDC category.

A country much in need of special treatment

More graduations from the list than additions to it

The two last additions to the list of LDCs had been Senegal and Timor-Leste, in 2001 and 2003 respectively. While the probability of there being more additions to the list of LDCs is low, prospects for graduation from LDC status have become an increasingly important part of the classification landscape, in accordance with the United Nations' vision of a world with only half the current number of LDCs by the end of the this decade. Three countries have already left the LDC category (Botswana in 1994, Cape Verde in 2007, and Maldives in 2011), and three more will soon graduate and have a likely or confirmed date for exiting the category in 2014 or 2015 (Equatorial Guinea, Samoa and Vanuatu).

UNCTAD played a central role in establishing the LDC category, both politically and substantively. The category came into being in November 1971. Since then, UNCTAD - which organized the first three United Nations conferences on the least developed countries - has consistently strived to help the countries concerned make the best possible use of their LDC status as a platform for special attention and treatment. 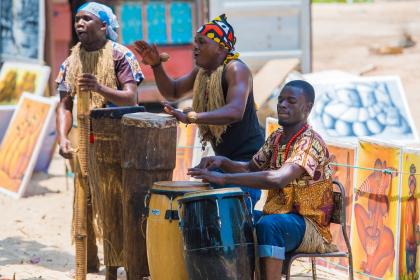 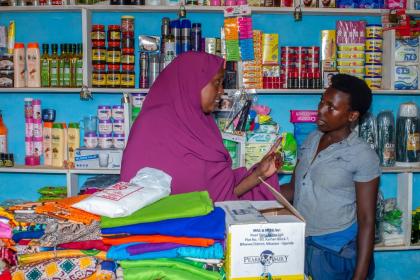