Lao Peoples' Democratic Republic, Myanmar and Liberia are the most recent least developed countries to call on UNCTAD's help to make the most of e-commerce.

The governments of the Lao Peoples’ Democratic Republic, Myanmar and Liberia – among the world’s least developed – are looking to new horizons and e-commerce to boost trade and create jobs.

Each country asked UNCTAD to carry out a Rapid e-Trade Readiness Assessment to guide them in building the right “e-commerce ecosystems” and provide their policymakers with a blueprint for harnessing the economic and developmental potential offered by online trade.

The reports were showcased on the first day of e-Commerce Week on 16 April. The event was opened by UNCTAD Deputy Secretary-General Isabelle Durant and attended by Liberia’s industry and commerce minister, Wilson Tarpeh, Myanmar’s deputy commerce minister, Aung Htoo, and Ambassador Kham-Inh Khitchadeth of the Lao People's Democratic Republic.

The event was also an opportunity for ministers, donors, investors and representatives of development banks and international organisations to survey the e-commerce landscape for other developing countries.

The UNCTAD assessments for each country analysed: 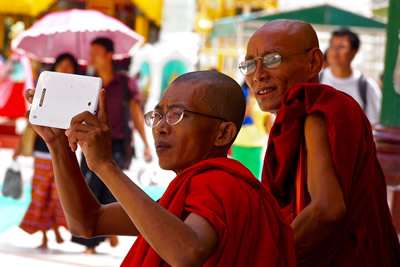 “Each assessment, and this is the beauty of the exercise, includes a list of concrete recommendations for governments,” Ms. Durant said. “We know that digitalisation offers great opportunities for development. It's true, but if we refuse to see it, we will not benefit.”

Mr. Tarpeh highlighted the importance of this assessment for Liberia – the first of its kind that  UNCTAD has carried out in Africa.

“When shaping the right framework for e-commerce in Liberia, at stake lies not only our innovation capacity, but also the need to repair the broken linkages between our local industries and across our country,” Mr. Tarpeh said.

“E-commerce is as much about widening our frontiers as creating much needed jobs, particularly for our youths and women-led small and medium-sized enterprises,” he said.

Policy-level attention to e-commerce is increasing in all three countries, but for different reasons.

A focus on trade and private sector development in Liberia – driven by its recent accession to the World Trade Organization – has also sparked interest towards e-commerce.

Myanmar’s recent reintegration into the global trade system, its membership of the Association of Southeast Asian Nations (ASEAN), and the liberalisation of key sectors including telecommunications have presented significant opportunities for the formerly isolated country.

In the Lao Democratic Peoples’ Republic, interest in e-commerce has been triggered by a drive towards services-led growth, along with the country’s integration into ASEAN and the negotiations on a Regional Comprehensive Economic Partnership (a free trade agreement between the 10 ASEAN states and the six states with which ASEAN has existing free trade agreements).

With its latest assessments of these two Southeast Asian countries, UNCTAD has now covered e-trade readiness of all three least developed countries in ASEAN (the other is Cambodia) and provided a major boost to these countries’ implementation of the ASEAN’s 2017-2025 Work Programme on E-Commerce.

Sweden funded the assessments for the Lao Peoples’ Democratic Republic and Myanmar, while the Liberia assessment was funded by the Enhanced Integrated Framework (EIF), a multilateral partnership

Only a decade ago SIM cards cost upwards of $3,000 in Myanmar, compared to $1.50 now. This has been brought about by an expanding and highly competitive telecommunications market.

High mobile phone use (close to 100%) and smart-phone penetration of 80% offer unprecedented opportunities to use e-commerce as an economic driver.

This is apt, given the fast pace of private sector growth, but it also presents challenges – internet users heavily rely on Facebook for access to information.

Still, the move from a cash-only to a cashless society remains a long-term goal in a country where only 6% of the population has a bank account, and the use of card payments is rare.

The economy of the Lao Peoples’ Democratic Republic has continued to show signs of resurgence over the last several years, and there has been a noticeable shift in its economic outlook.

Interest in the digital economy is triggered by renewed focus on trade, and especially services. Technology will be an important driver.

It is also essentially a mobile-only country, meaning that 96% of the population who access internet do so on their cell phones.

However, the country is one of the most expensive in the world when it comes to using information and communications technology: it was recently ranked by International Telecommunication Union as 144 out of 166 countries for the cost of using IT and telecoms services. Unlike Myanmar and Liberia, mobile money has not yet been taken off, owing to regulatory concerns.

In the case of Liberia, policy conversations have shifted from post-conflict reconstruction to a greater involvement in global value chains, domestic market development and, recently, the role of information and communications technologies in government and business.

The information and communications technology infrastructure has improved significantly, driven by increased competition among service providers.

Fifty percent of the population has access to a 3G signal, while approximately 17% can access a 4G signal. This means that a relatively high 20% of mobile connections can get broadband.

Driven by select firms led by young Liberians – people under the age of 24 make up more than 50% of Liberia’s population – e-commerce is fast picking up pace and regulations on e-transactions and consumer and data protection are struggling to keep pace.

Online payments options have emerged only recently and use of mobile money is gathering steam. 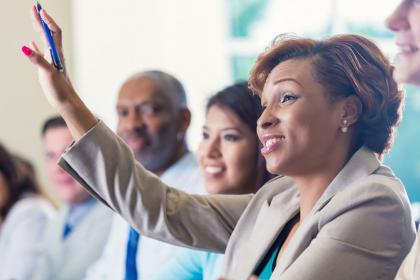 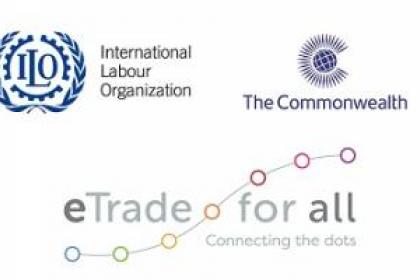