UNCTAD celebrates "Rise of the South"

A special event organized by UNCTAD marks International Day for South-South cooperation and the achievements of decades of work to promote trade between developing countries.

Working with the governments of the “global South” to boost trade between their countries has been at the heart of UNCTAD’s work since it was founded more than half a century ago, Isabelle Durant, the organization’s second-in-command, said on 12 September at an event in Geneva celebrating International Day for South-South cooperation.

The day marked the 40th anniversary of the start of a global drive to improve South-South cooperation – the Buenos Aires Plan of Action for promoting and implementing technical cooperation among developing countries (BAPA). 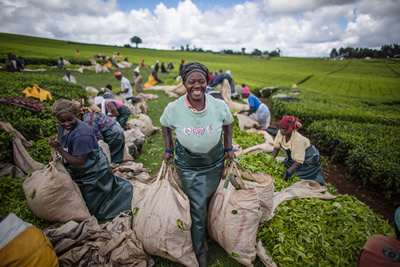 Indeed, there is much to be excited about. Forty years ago, commerce between developing countries was almost non-existent. It now makes up more than 25% of global trade.

And over the years, the belief that developing countries can pull each other up has become a cornerstone of trade policy for many governments.

Ambassador J.S. Deepak, India’s permanent representative to the UN in Geneva, said: “For us, partnerships with developing countries and working together in the fight against poverty and hunger and to achieve the SDGs is not only a tenant of policy but also an article of faith.”

“What works in one member of the South has the most chance of working in others,” Mr. Deepak said.

An incomplete and uneven “rise of the South”

But the government representatives in attendance were not there to talk only of past achievements and positive trends. They were  also focused on the challenges that lay ahead, as the international community prepares to meet again in Buenos Aires in March 2019 for The Second High-level United Nations Conference on South-South Cooperation (BAPA +40)

“This ‘rise of the South’, as some have called it, has prompted enthusiasm. But it has also remained largely uneven and incomplete,” Ms. Durant said, adding that much of the growth was driven by China and relied on unsustainably high commodity prices.

“The rise in South-South flows has shifted many attitudes about the differences between North and South, but it hasn’t erased the structural economic barriers which still hold back the world’s least developed countries,” she added.

It’s what you make of it

Ambassador Carlos Mario Foradori, Argentina’s permanent representative to the UN in Geneva said: “BAPA+40 will be a great opportunity for reviewing the trends in South-South cooperation and the promise made by the international community, in particular the United Nations.”

For François Ekoko, the UN Office for South-South Cooperation’s regional coordinator for Africa, “BAPA+40 is what you are going to make out of it.”

“There are two options. You can revisit the original document, discuss it, clean it up, enrich it. Or you can go for a new blueprint,” he said, adding that global production and trade systems have transformed since the first plan of action was signed.

Though some of the marks of history remain – the South still sends lots of ships full of raw materials to the North, who in turn sends them containers full of higher-value manufactured goods – supply chains and production processes have become global, with the parts of the products we buy every day made in both developed and developing countries.

As part of the preparations for BAPA+40, UNCTAD plans to launch a special report on South-South cooperation, looking at how trade between developing countries has evolved during the past four decades and how it could be strengthened in important areas such as the digital economy.