Governments in the world’s most disadvantaged countries, from Afghanistan to Zambia, must prioritize dynamic enterprises and enact policies to help them thrive, create jobs, innovate and transform the economy, according to the Least Developed Countries Report 2018: Entrepreneurship for Structural Transformation, released by UNCTAD on 20 November.

The report looks at the conditions for creating and growing high-impact businesses in the least developed countries (LDCs), a group of 47 nations that includes most of sub-Saharan Africa, some Asian countries, and several island states.

The group qualifies for preferential treatment in world trade and climate-change arrangements due to chronic disadvantages that leave them among the world’s poorest nations.

“The report establishes a more active stance for the state in steering the emergence of dynamic and transformational local entrepreneurship,” UNCTAD Secretary-General Mukhisa Kituyi said. 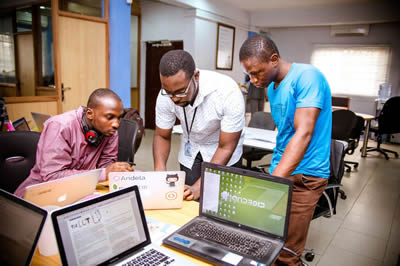 “By encouraging policymakers to value the benefits of entrepreneurship, this report makes an invaluable contribution to efforts to add value to the least developed countries’ implementation of the 2030 Agenda for Sustainable Development.”

Several structural features of the economies of LDCs tend to weaken entrepreneurship and the growth of enterprises, including limited finances, insufficient infrastructure, lack of institutions, poverty, restrictions on women’s empowerment, high registration costs, and elevated political, economic and environmental risks, according to the report.

The result is that most firms in LDCs are micro- or small enterprises and 58% of the formal firms have at most 20 employees.

The report says that large numbers of people in LDCs are forced into small-scale, low-value entrepreneurship by necessity.

Entrepreneurship is dominated by self-employment (which accounts for 70% of total employment), and informal micro- and small enterprises with low chances of survival and growth and little propensity to innovate.

The report reveals that the vast majority of entrepreneurs in LDCs are “necessity-driven”, rather than “opportunity-driven”.

It says that governments in LDCs should therefore focus on boosting entrepreneurs and established firms that seize opportunities to create innovative products and services, employ more people and grow dynamic businesses that have a transformative, ripple effect throughout the economy.

Fostering the type of enterprises that matters for root-and-branch economic transformation means going beyond the “business-as-usual” approach of establishing an enabling environment for business, correcting market failures, and supporting small enterprises.

“Importantly, the report calls upon the least developed countries not to overlook the pivotal and complementary role played by large enterprises, alongside medium-sized and smaller enterprises, with a view to formulating deliberate strategies to nurture entrepreneurship that has impact,” Dr. Kituyi said.

While at least 20 out of the 47 LDCs have national industrial policies that articulate to various extents the interface between entrepreneurship and structural transformation, the report says that much less attention is currently devoted to the determinants of entrepreneurship.

The report calls for a renewed “developmental state” that engages in transformative, mission-oriented investments and involves the private sector in a strategic vision that charts a clear path for development.

Policymakers should provide support that is tailored to the life cycle of firms (start-up, scale-up, maturity), based on objective selection criteria and linking clearly communicated time-bound rewards, advantages and incentives to performance.

Entrepreneurship policies need also to foster linkages between firms of different sizes, stages of maturity and sectors, for instance by means of business clusters, networking and alliances which allow for a sustained flow of new ideas into firms throughout their life cycle and enable dynamic growth.

Greater attention needs to be given to the development of domestic supply chains, since linking LDCs to global value chains has not provided any significant boost to local enterprise development.

The report says that a pragmatic, strategic and evolutionary approach is needed to increase public-sector capabilities, enact locally-appropriate institutional reforms, build on centres of excellence, promote policy learning and nurture coalitions for change.

This list of LDCs is reviewed every three years by the Committee for Development Policy, a group of independent experts that reports to the United Nations Economic and Social Council (ECOSOC). In reporting to ECOSOC, the committee may recommend countries for addition to, or exclusion from (so-called “graduation” from), the list of LDCs.

The committee used per-capita income, human assets, and economic vulnerability criteria in its most recent review in March 2018. For all three criteria, the committee uses different thresholds to identify countries to be added to the category and for countries which will graduate.

This means that as of 2018 there were 12 countries eligible or pre-eligible for graduation from LDCs. Adding these 12 qualifying cases to the two countries that have graduated since 2011 (Samoa and Equatorial Guinea) – and considering the addition of South Sudan in 2012 – the overall graduation performance by 2018 amounts to a 29% qualification ratio.

This will remain unchanged until 2020, as the next review by the Committee for Development Policy is scheduled for 2021.

Five countries have graduated from LDC status since the United Nations devised the category in 1971:

In addition to the 20 November release of the Least Developed Countries Report 2018, UNCTAD has published an updated set of economic and social statistics on LDCs, available here.