On 21 March 2018 in Kigali, the vast majority of African Union (AU) member States signed the agreement of the African Continental Free Trade Area. An agreement that will bring together 1.2 billion people with a combined gross domestic product (GDP) of more than 2 trillion USD. After reaching the required level of ratifications, the AfCFTA entered into force in June 2019. By the end of 2020, 36 African Union member States had ratified the agreement. Trading under AfCFTA terms commences on 1 January 2021.

Achieving the stated aim of the AfCFTA, ‘to create one African market’, will require eliminating non-tariff barriers (NTBs). NTBs are restrictive regulations and procedures, other than tariffs, that add to the difficulty and cost of importing or exporting products. NTBs run the gamut from procedural delays at borders to highly technical product safety requirements.

The United Nations Conference on Trade and Development (UNCTAD) estimates that NTBs are at least three times more restrictive than regular customs duties. An UNCTAD report suggests that African countries could gain US$ 20 billion in GDP growth by tackling such barriers at the continental level.

African nations also recognise the significance of NTBs, and have adopted an Annex to the AfCFTA Agreement specifically dedicated to eliminating NTBs. The ‘NTB Annex’ mandates the establishment of a mechanism for the identification, categorisation and elimination of NTBs.

The NTB element developed an online mechanism (https://tradebarriers.africa) for reporting, monitoring and eliminating trade barriers. The private sector can directly report trade obstacles on the portal. The NTB complaints are directly sent to formally nominated government officials (National Focal Points) who monitor and eliminate the barriers. National Focal Points were trained on the use of the system and implementation is ongoing. The NTB online mechanism implements the AfCFTA Protocol on Trade in Goods Annex on Non-Tariff Barriers. The online mechanism was launched by African Heads of State at the Extraordinary Summit of the African Union on 7 July 2019 in Niamey, Niger. Before that, the NTB online mechanism was reviewed and unanimously approved for implementation by all AU member States’ technical experts, Chief Negotiators, Senior Trade Officials and Ministers of Trade. UNCTAD worked closely with the African Union Commission to achieve this high level of support. UNCTAD and the African Union have also reached close to 4’000 stakeholder through physical and virtual meetings; and have run a social media campaign to raise awareness about the mechanism (see https://tradebarriers.africa/webinars and #TradeEasier or #CommercerFacilement on Twitter and Facebook),

The AfCFTA NTB online mechanism has the following core features:

The NTM element focusses on regulatory transparency of all trade-related regulations, not just barriers. In collaboration with the governments, comprehensive regulatory data is collected at the national level and publicly disseminated on various online portals such as the Global Trade Helpdesk (UNCTAD, ITC, WTO) and UNCTAD Trains. Such transparency responds to transparency provisions in several AfCFTA Annexes (on Sanitary and Phytosanitary Measures, Technical Barriers to Trade, Customs Cooperation and Trade Facilitation), and goes beyond. According to studies from the OECD, increased regulatory transparency reduces costs of NTMs by 25%. Furthermore, it supports domestic policy coordination and Good Regulatory Practice. Data can be freely accessed at https://trains.unctad.org

The IP element focused on (a) classification of certain IP rights as NTMs in various AfCFTA countries’ laws and analysis of policy options in two research papers; (b) provision of technical expertise to the preparation of negotiations of an AfCFTA Protocol on IP as of 2020; and (c) design of a training concept and delivery of one workshop in Egypt on the role of IP rights to promote technology cooperation between foreign investors and local enterprises to boost trade in Africa in technology goods.

As a whole, the project aims to enhance trade by building the capacity of African stakeholders to address the key objectives of the AfCFTA Protocol on Trade in Goods, i.e. (1) non-tariff measures and related transparency and (2) industrial diversification, to strengthen Africa’s competitiveness and employment.

An independent evaluation will be performed at the end of the project.

Side event at 8th Global Review of Aid for Trade: Pan African trade as an engine for local economic growth and prosperity (AfCFTA)
Online
END_OF_DOCUMENT_TOKEN_TO_BE_REPLACED 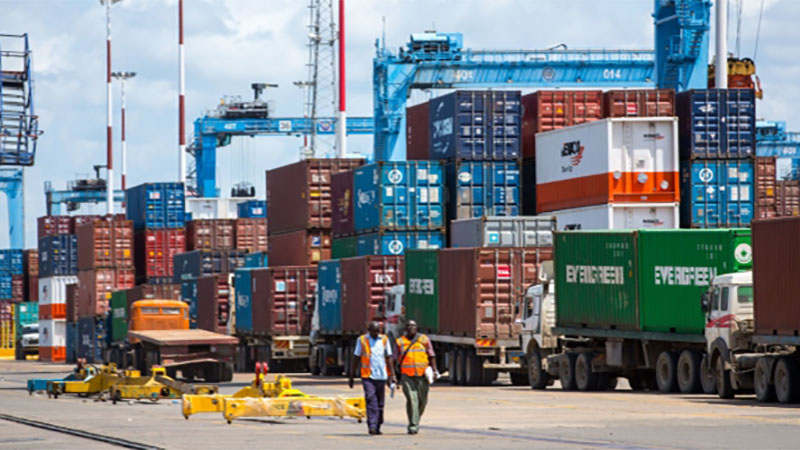