The Global Debate on Gender

UNCTAD is at the forefront of promoting policy dialogue on the trade and gender nexus. Its contributions to the global debate on gender include policy briefs and thematic papers that draw attention to the role of trade as an effective instrument for achieving inclusive development.

The Trade and Gender Nexus in the Context of Regional Integration: A Comparative Assessment of the East African Community (EAC) and the Southern Common Market (MERCOSUR). This paper uses a comparative perspective to evaluate the interplay between trade and gender in the context of regional integration efforts in Africa and Latin America using the case studies of the EAC and MERCOSUR, respectively.

Making Trade Policies Gender-Responsive: Data Requirements, Methodological Developments and Challenges. This paper illustrates how an ex-ante gender impact assessment, based on the methodology developed by UNCTAD in its Trade and Gender Toolbox, is carried out, and explores how this instrument could be further advanced to generate a more in-depth analysis.

The paper stresses that possible extensions of the Toolbox depend on national and international efforts to collect statistics on the gender and trade nexus in a systematic, coherent and articulated manner.

The Trade and Gender Toolbox. The Toolbox is a methodological framework to assess the gender impact of trade reforms before their implementation.

The methodology is applied to the Economic Partnership Agreement (EPA) between the European Union and the East African Community to assess the likely impact of the EPA, mainly through employment, on gender equality and the well-being of women in Kenya. The same methodology can be used to assess the gender-related impacts of any other trade agreement or trade reform in other countries. 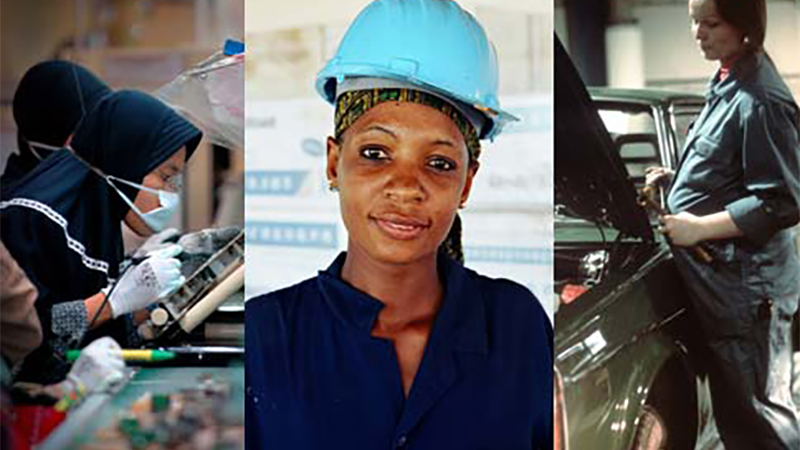 The New Way of Addressing Gender Equality Issues in Trade Agreements: Is It a True Revolution? (UNCTAD Policy Brief No. 53). As the nexus between trade policy, gender equality and development becomes increasing clear, a new generation of free trade agreements includes trade and gender chapters, signaling a remarkable shift from past practice. This policy brief examines whether this represents a new approach in the way the trade community addresses gender equality issues.

Implementing Gender-Aware Ex Ante Evaluations to Maximize the Benefits of Trade Reforms for Women (UNCTAD Policy Brief No. 51). Ex ante impact assessments are a valuable tool for identifying the impact of trade policies on gender-related outcomes and can thereby contribute to the formulation of policies or accompanying measures that maximize benefits for women. This policy brief aims to provide stakeholders with an understanding of the scope of ex ante evaluations as well as an overview of the different approaches available.

Ensuring Gender-Sensitive Implementation of the Post-2015 Development Framework (UNCTAD Post-2015 Policy Brief No.5). This brief offers guidance on elements and data to help stakeholders assess whether the post-2015 framework is being implemented in a gender-sensitive manner. While gender equality should be promoted throughout all of the Sustainable Development Goals, this brief offers suggestions on those that are most closely related to the role of women as economic agents, namely Goals 1, 2, 5 and 17.

Trade, Gender and the Post-2015 Development Agenda (UNCTAD Post-2015 Policy Brief No.3). This brief highlights some linkages between gender and economics, especially trade, in the context of the post-2015 development agenda and proposes future targets and indicators for the areas covered by Millennium Development Goals 3 and 8, under the assumption that only if women are economically empowered can they benefit from expanding trade. In turn, trade can play its role as an "enabler" of development if flanking economic and social policies are in place.