About 119 million people in 26 least developed countries have been facing severe food insecurity since the beginning of 2022, a situation now worsened by rising food prices and trade restrictions. 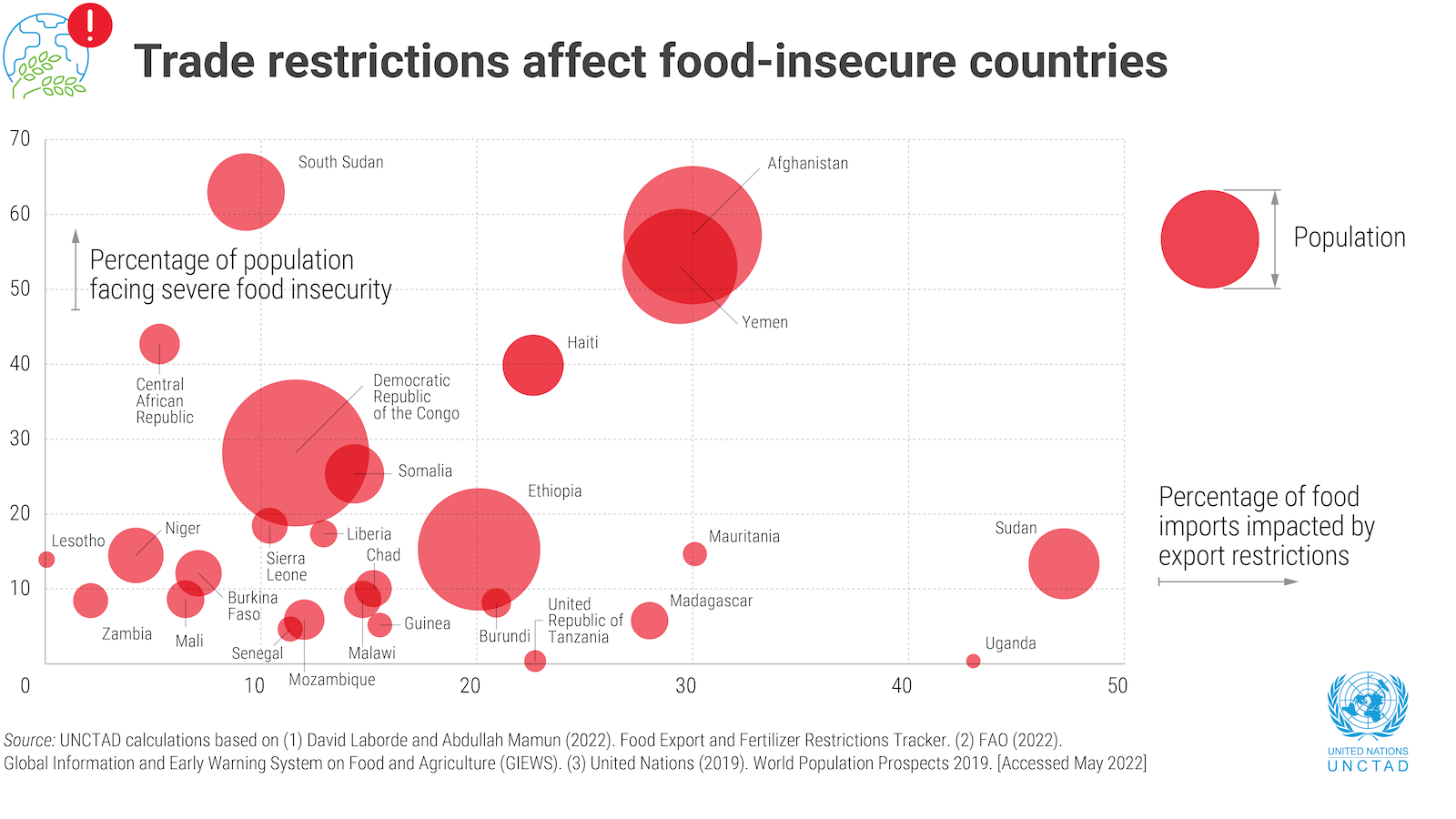 Food prices have been rising throughout the COVID-19 pandemic, a trend that accelerated during the first quarter of 2022 following the invasion of Ukraine and its impact on supply chains, affecting food and energy markets.

UNCTAD estimates, based on data from UN Food and Agriculture Organization, paint a grim picture, alerting the world to impeding food crises in countries that already require external assistance to ensure food security.

The factors contributing to the food crises include limited access to food due to economic and environmental issues or severe but localized problems such as disasters or conflict.

Conflict and insecurity are the frequently cited factors contributing to exceptional shortfalls in food production and supplies.

Extreme weather events (droughts, floods and natural disasters) are affecting at least 42 million people in seven countries. Averting a protracted crisis is critical to these countries.

Localized shortfalls in staple production are associated with 14 million cases in nine countries.

Why food prices are rising

UNCTAD estimates that 16.4% of LDC food imports, in calories, were affected by export restrictions between January 2022 and March 2022.

Import restrictions also affected between 10% and 30% of food imports of the countries with the highest concentration of hungry people: Afghanistan, the Democratic Republic of the Congo, Ethiopia and Yemen.

Multiple crises are taking a toll on productive capacities of net-food-importing LDCs through higher input prices, affecting domestic production and causing higher costs of importing food, energy and other goods.

To tackle the food challenge in affected LDCs, the long-term focus should be on closing the investment gap in agriculture to increase productivity.

As pointed out by The Least Developed Countries Report 2020, agricultural transformation may be the quickest path to poverty eradication and inclusive development and to redressing imbalances between the rural sector and the rest of national economies.

At the centre of the agricultural transformation is the farmer, whose capacity can be boosted by modern technology, access to extension services and knowledge from research and innovation.

In addition, substantial investment is needed to enhance the economic links among agricultural upgrading, agro-industrialization and other sectors in LDCs.

The trade restrictions also indicate a gap in regional markets that African LDCs should explore in the context of the African Continental Free Trade Area, as farmers are often disconnected from these potential export markets.