How long will it take least developed countries to recover from the COVID-19 shock?

In 2020, the COVID-19 pandemic and the resulting global recession engulfed least developed countries (LDCs) in their worst socioeconomic performance in 30 years. 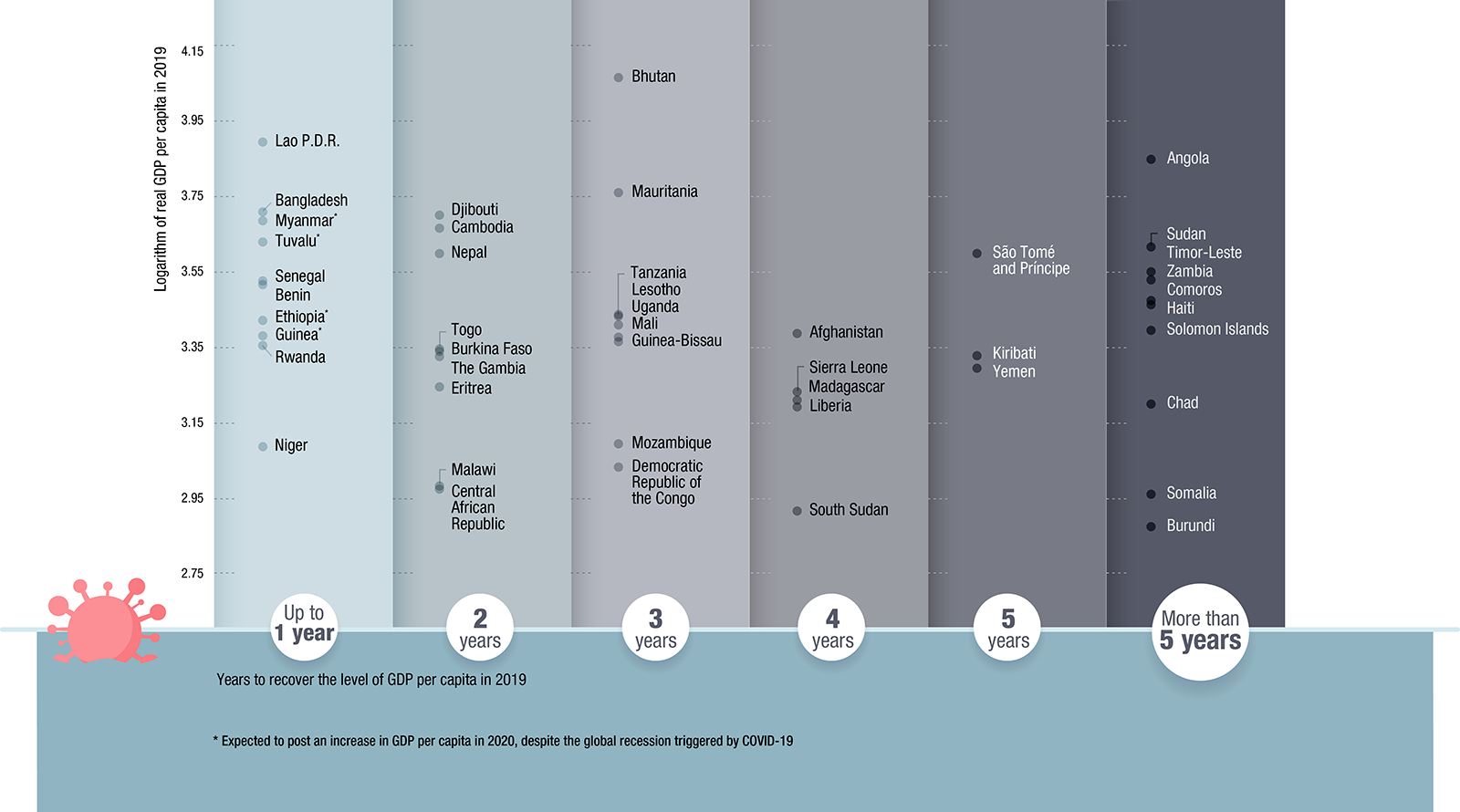 While the most recent estimates suggest that the outlook for 2021 is better than previously forecast, for most LDCs, the recovery is not quite there yet, and it may well occur much farther into the future than in more developed countries.

The above chart shows that, even taking the most recent International Monetary Fund (IMF) forecasts at their face value, most LDCs will likely take several years to recover the level of GDP per capita they had in 2019. Unlike most developed countries, the median LDC would take roughly three years to climb back to that level.

Alarmingly, one-third of the 46 LDCs, including relatively poorer countries, such as Burundi and Somalia, are expected to take five or more years to recover to their (already low) pre-crisis level of GDP per capita.

Although these projections warrant some caution in view of the heightened uncertainty surrounding the world economy, they highlight real risks of widening global inequalities in the wake of the pandemic.

They also raise serious concerns about the dangers of another lost decade for LDCs, which would derail the achievement of the 2030 Agenda for Sustainable Development.