In March 2018, the UNCTAD BioTrade Initiative launched its global BioTrade programme “Linking trade, biodiversity and sustainable development” with the financial support of the Swiss State Secretariat for Economic Affairs SECO.  As part of the activities under this 4-year programme, UNCTAD aims to compile and provide trade-related data which is relevant for reporting under the SDGs (e.g. indicators 15.6 and 15.9), relevant Aichi targets (e.g. Aichi Targets 2, 3 and 4) and post-Aichi targets.

Specifically, the BioTrade Initiative and the Development Statistics and Information Branch (DSIB) of UNCTAD are developing a mechanism that automatically compiles and provides updated trade flows of biodiversity-based products which will be directly accessible at https://unctadstat.unctad.org/EN/.  In the second half of 2019, UNCTAD BioTrade and DSIB conducted a pilot exercise, to identify the trade flows from 2010 to 2018 of BioTrade priority species and products provided by partners, grouped into different HS subheadings. Specifically, the pilot considered the following BioTrade beneficiary countries: Botswana, Colombia, Ecuador, Lao PDR, Malawi, Mozambique, Myanmar, Namibia, Peru, South Africa, Swaziland, Viet Nam, Zambia and Zimbabwe. Similarly, information on species and products prioritized by partners were grouped into several tariff lines. Based on the lessons learned from this pilot exercise, UNCTAD BioTrade and DSIB have been upscaling the mechanism to include all biodiversity-based products and all countries.

The webinar will present the BioTrade/DSIB “Trade and Biodiversity mechanism” being developed. It will focus on presenting the data and the information that can be extracted from it, as well as an introduction to UNCTAD’s statistics platform – UNCTADstat – on which the biodiversity trade data mechanism will be hosted.

It is expected that this information will be used by BioTrade partners and other actors for the development of their activities, as well as to provide data on trade and biodiversity that could be an input for reporting in other national and international processes, including those led by the Convention on Biological Diversity (CBD), UNCTAD and the UN system (e.g. national reports on the progress of Sustainable Development Goals (SDGs) and CBD national biodiversity strategies and action plans).

This webinar will be held in English on the 12th of June 2020, considering the time difference with partners residing in Asia, Africa and Europe. A first version of the webinar was held in Spanish for partners in Latin America and Canada in the afternoon of the 10th of June, Geneva time. 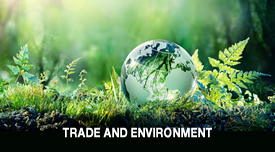