Africa: Post-Niamey, How Can the African Continental Free Trade Area Deliver "Made in Africa"?

On 6-7 July 2019 I was in Niamey both for the pre-Summit Business Forum and for the African Union’s Extra-Ordinary Summit to celebrate the first Anniversary of the Signing of the African Continental Free Trade Area (AfCFTA) and launch of its operational phase. What is the outlook for the World’s largest single market?

As I write, the AfCFTA process is well on track to be ready for trading in July 2020 as planned and Accra, Ghana has been chosen as a location of the AfCFTA Secretariat.

In the 2019 edition of our UNCTAD Economic Development in Africa Report, titled Made in Africa: Rules of Origin for enhanced intra-African trade, we argue that it is Rules of Origin that will make or break the AfCFTA.

Essentially, rules of origin are a passport for goods. Rules of Origin are at the cornerstone of what it means for goods to be labeled “Made in Africa”. They are a set of technical requirements that define goods’ eligibility for preferential tariffs on imports in a Free Trade Area. 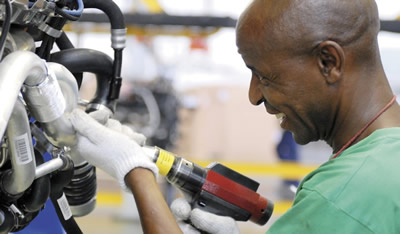 Rules of origin are situated at the nexus of trade and industrial policy. Make them soft and a Free Trade Zone runs the risk of not spurring the creation of local value. Make them too strong and countries risk being considered too protectionist and firms may find them too difficult to comply with.

The complexity and incompatibility of different sets of rules of origin across Regional Economic Communities in Africa is one of the many obstacles that hinders growth of intra-African trade.

Behind the low figures on intra-African trade, what is at stake is the continent’s capacity to retain investments, create jobs and create higher value-added on its soil. The AfCFTA can be the main vehicle to achieve these objectives by increasing trade among regional economic communities within Africa.

As such, one of the first tests of AfCFTA’s relevance will be whether traders will opt for the tariff exemptions that the AfCFTA offers by fulfilling its Rules of Origin requirements rather than other options such as the Most Favoured Nation.

Our research shows that for the AfCFTA to achieve its ambition to be the main trading regulatory framework in Africa, rules of origin need to be simple, transparent, business friendly, predictable and accessible by all private sector stakeholders, from large to small and medium sized firms.

Opting for the AfCFTA rules of origin should come with no additional costs for compliance. Variations of requirements across products ranging from percentage level of local value to the number of transformations of a product on African soil, the options need to be made available on a Rules of Origin Portal, as planned in Niamey.

UNCTAD’s recommendations for the AfCFTA’s rules of origin are grounded in a thorough analysis of the patterns and contents of trade within Africa as well as with the rest of the world: from continental to regional level.

The high rate of underutilization of preferential schemes by least developed countries on the continent underscores their continuous need for support in building and utilizing productive capacities. Preferential trade agreements with restrictive rules of origin tend to depress total trade flows.

The cocoa industry provides one of the most telling examples of how the AfCFTA could support structural transformation, paving the way for the vision enshrined in Agenda 2063, through the development of agro-processing regional value chains for the continent’s strategic commodities.

African smallholders produce 75 per cent of cocoa beans worldwide, but Africa accounts for only 20 per cent of the world’s total grinding which amounts to about $112 billion.

Regional value chains in the cocoa industry that could create high value-added products are challenged by insufficient economies of scale, logistical challenges, poor infrastructure, as well as high levels of tariff protection.

Further cooperation between producers across different regional economic communities and standardized rules of origin across the continent, as agreed in the AfCFTA, could bolster competitiveness of African inputs into the cocoa industry value chain. The same is true for many of the other promising value chains across Africa.

In my meetings in Niamey, the business community expressed a strong appetite for knowing the rules of the AfCFTA game. Detailed knowledge of these rules would help them understand their competitive advantages.

Businesses are also expecting national policymakers to clearly define the timeline of the AfCFTA implementation and are interested to see in what ways political leadership aims to address non-tariff barriers to trade.

The world is now watching Africa. Estimates for the predicted growth in intra-African trade are as high as 52 percent over the next five years. If rules of origin are set right, this growth could be the stepping-stone on which “Made in Africa” stands to build their competitiveness and dive into the fiercely competitive conquest of global markets and grow the African market itself.

Read the original article on allafrica.com