Ahead of WTO MC11, the UNCTAD expert explains why global trade is increasingly discriminatory, and what’s at stake for Least Developed Countries.

In an ideal world, goods, just like people, would be treated equally no matter where they come from.

But in today's trading system, products are increasingly treated differently depending on which passport they travel under. At the heart of such discrimination are rules of origin, the criteria customs officials use to determine where a product is made and hence how it should be treated.

The World Trade Organization (WTO) has been dealing with the issue of preferential treatment since its founding. But due to a lack of consensus among its members, deliberations on rules of origin won’t be on the agenda at its Eleventh Ministerial Conference in Buenos Aires, Argentina next week.

Stefano Inama, an economist with UNCTAD's Division on Africa, Least Developed Countries and Special Programmes, is speaking at a forum on this issue in the Argentine capital on 11 December.?

We sat down with him ahead of the event to discuss what’s at stake for the world's Least Developed Countries, which account for just 1% of global trade in goods despite accounting for about 12% of the world's population. 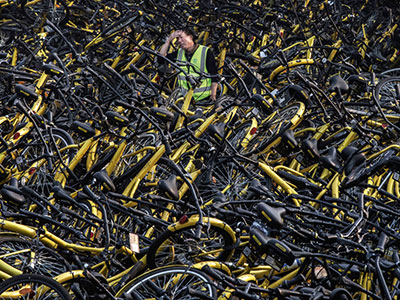 Q: What are rules of origin and why do they matter?

A: To put it simply, they are the rules that countries or groups of countries set up to determine a good's origin, which in turn determines if the product can enter the country and under what conditions.

You can look at the rules of origin for goods like the rules that govern travel for people. Some nationalities need a visa to enter. Others don’t. Some can enter for free. Others have to pay. Some can stay for an unlimited amount of time. Others for only 90 days. And some can't enter at all.

Q: You mean a product could be made in China, but also in Indonesia and Brazil, for example?

A: Yes. And this is why rules of origin have become more complex over the years. The average set of rules of origin for a trade agreement is about 60 pages of technical codes.

Before, when goods were mostly produced in one country, determining where they came from was easy.

But today, with a few exceptions like non-processed agriculture goods, most products are made from components that come from many countries, put together through manufacturing processes that cross many borders and seas.

Take the iPhone for example. It says made in China on the cover because that's where the final product is assembled, but it's a worldwide effort to manufacture all the parts that go into making the phone. For example, the design is done in California, the camera may be made in India, and the glass screen may be manufactured in South Korea.

But when a good is imported into a country, customs officers have to know what duty to apply, and whether or not the good is subject to specific import restrictions. Their country's rules of origin provide the needed criteria.

There are different ways to determine whether a good "originates" in a specific country. But often the requirement is that a certain percentage of the good's final value be added in that country, or that the good undergoes a specific technology, manufacturing method or process before leaving the country.

Q: What's at stake whether a product is from one country or another?

A: Money. Both for the manufacturer and the importing country.

Let's look at the example of bicycles being exported to the European Union. Since 2011, a bicycle made in Cambodia can be imported into the EU duty-free. The same bicycle, if it comes from another country, would probably be subject to a 14% import duty. That's a significant difference.

Since there is no multilateral agreement on rules of origin, each country or group of countries is setting its own criteria. And this has a cost for exporters, especially small businesses in developing countries, who find it very challenging to understand the thousands of rules of origins that currently exist.

For the importing country, custom duties represent big revenue for the government. Applying the wrong duty to a product could cost a government millions or tens of millions of dollars.

Q: Why would a country want to treat goods, such as bicycles, differently based on their origin?

Sometimes a government wants to promote products from certain countries to help boost manufacturing in that nation. This is one of the reasons why the EU granted duty-free market access to bicycles from Cambodia, which is a Least Developed Country (LDC) .

And sometimes a government wants to provide preferential market access to products from countries that are part of the same region, or with whom it has signed a free trade area agreement.

In this sense, rules of origin can be seen as a form of positive discrimination.

In the 1970s, when the General Agreement on Tariffs and Trade was being negotiated, the idea was to treat all products from all countries equally. That's the basis for the WTO's founding principle of the "most-favoured nation".

But Raúl Prebisch, UNCTAD’s first Secretary-General, argued that it was not fair to treat unequal products in an equal manner. Many countries in Africa, Asia and Latin America had just freed themselves from colonial rule, and he believed their goods deserved preferential treatment so they could develop their own industries. This is more or less how the Generalized System of Preferences for developing countries was born.

Rules of origin may also be used to enforce trade remedies when a government wants to "punish" products from a country it believes is playing unfairly.

A: Let's look again at European bicycle imports. At one point, the EU had decided to apply a 48.5% anti-dumping duty to Chinese bicycles, and the European Bicycle Manufacturers' Association believed that Chinese manufacturers were disguising the origin of their bikes by sending them through Cambodia.

So the European Commission carried out an investigation to determine whether bicycles exported from Cambodia to the EU were really the result of a manufacturing process in Cambodia, or simply the assembly of parts of Chinese origin.

At stake was whether Cambodian bicycles could continue entering the European market duty-free, or be subject as well to the 48.5% anti-dumping duty.

In the end, the Cambodian companies were let off the hook because they were able to demonstrate that the Chinese parts used to make the bicycles didn’t account for more than 60% of the total value of the finished good.

A: No. Most LDCs enjoy duty-free, quota-free access to the markets of countries that are members of the WTO. I say most because being an LDC doesn’t automatically mean eligibility for preferential market access under certain preference-giving countries’ schemes.

And even for those that do enjoy preferential treatment, it's not automatic, as we saw in the case of Cambodian bicycles. They need paperwork proving that the goods meet the criteria laid out in the rules of origin. And often the criteria is very demanding with respect to LDCs’ industrial capacity. It's not easy for their companies to add 35% of the good's value, for example.

In most of these countries, manufacturers have to import everything, meaning their added value is often the assembly of a final product. And since labour is inexpensive in most LDCs, assembly will unlikely lead to such a high level of added value.

Q: Why not make the criteria less demanding, if the goal is to help Least Developed Countries?

A: Because importing countries want to ensure that the preferential treatment given to LDCs helps them build their manufacturing capabilities. What the preference-giving government wants to avoid is that LDCs are simply used to reroute products from other countries in the attempt to avoid customs duties. This was what the EU was concerned about in the Cambodian bicycle case.

Q: So what is needed to improve the situation for Least Developed Countries?

A: What we really need is a simplified set of rules of origin for LDCs that better match the reality of their productive capacities. For example, rules that require a single transformation of goods in LDCs, rather than multiple transformations, would make it easier for them to better use available trade preferences to enter global value chains.

There is a WTO decision on duty-free, quota-free access for LDCs, which comes from the ministerial decision at the 2005 WTO Conference in Hong Kong.

But it's non-binding, which means countries can choose whether or not they implement the recommendations.

While some markets, such as Canada and the EU, have made progress in implementing preferential access for LDCs, others, including the United States of America, have done less to make it easier for LDC exports.

For example, the US still doesn’t provide Asian LDCs such as Bangladesh duty-free, quota-free access on clothing and textiles.

The non-binding nature of the guidelines was maintained in the ministerial decisions at the 2013 WTO Conference in Bali and then again in 2015 at the Conference in Nairobi.

Q: What are the expectations for Buenos Aires?

A: Right now, not much, in terms of an outcome on rules of origin. What we are still hoping for is a paragraph in the final document that says to continue the current work on rules of origin for LDCs, so that we can convince more countries to follow Canada and the EU's lead.