Two dozen Beninese women making a unique type of garri flour sign up to a new code of practice to better market their product and boost incomes.

Garri, a type of flour made from cassava root, may be a staple in West Africa, but Gari Sohoui is special. That's because it can only be made from cassava grown in the central Collines département of Benin, and using only the artisanal methods unique to the area.

Marketing the crisp, slightly acidic flour as a premium brand depends on protecting its unique geography and production techniques. And in November, two dozen women Gari Sohoui producers met at a workshop in the regional capital Savalou to agree on a way of doing just that.

The key is to assert the same kind of intellectual property right that means Scotch whisky can only be made in Scotland or champagne from the Champagne region of France. It's called a geographical indication, and a GI certification anchors a special product to a specific location and adds value by attesting its authenticity.

During the two-day workshop, the women carefully reviewed a draft code of practice to ensure that the document precisely reflected traditional knowledge of how the final product, Gari Sohoui from Savalou, is made.

The code of practice was validated at the end of the workshop, and all 24 women signed an agreement to distribute it and make sure it is followed.

The workshop, which was organized by UNCTAD, was a milestone on a path to bringing Gari Sohoui from Savalou to bigger markets and boosting the income of the specialists who make it. It is an example of how often unique foodstuffs and handicrafts in some of the world's poorest countries lie undiscovered and ripe for better distribution. 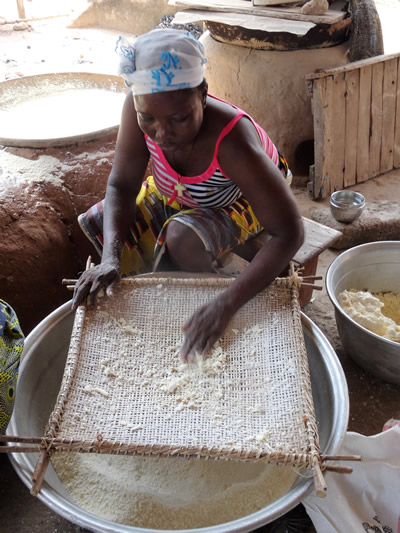 "Rural communities can gain significantly from the introduction of GIs, enabling producers to obtain access to wider and more diversified markets," UNCTAD expert Stefano Inama, who participated in the workshop, said.

As well as certifying authenticity, GI status has the added benefit of protecting traditional know-how and time-honoured skills - particularly in the world's 47 Least Developed Countries (LDCs), 33 of which are in Africa.

"LDCs typically present low levels of export capacity and productivity, combined with a low level of value-added content incorporated into their export products," Mr. Inama said. "Many LDCs are also dependent on commodities, which are vulnerable to high international price fluctuations."

To be effective, GIs must be incorporated as part of an overall trade strategy that also offers direct support to rural communities. UNCTAD has worked hard to integrate GIs into the National Trade Policy Document of Benin, which is expected to be finalized in early 2018.

"Despite the challenges faced by LDCs, rural communities have an invaluable array of products that are linked to their cultures, traditions and natural biodiversity. These products represent untapped potential," Mr. Inama said.

UNCTAD organized the workshop for the Beninese garri producers as part of an Enhanced Integrated Framework Tier II project (Strengthening the Productive and Trade Capacities of Benin) with 14 partner institutions including: 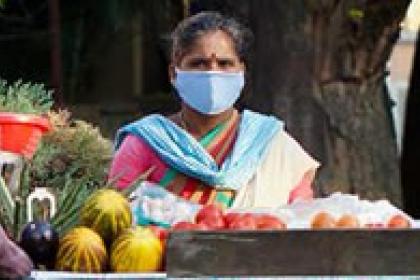