Benin means business. The West African nation's arsenal of smart eGovernment tools is helping it remain open for business during the coronavirus pandemic.

Benin this month took its business registration processes 100% digital, setting up an efficient, new online single window that houses all regulatory processes needed to open a business in record time.

This critical move, ahead of the spike in global infections from the new coronavirus, COVID19, means that businesspeople – in Benin or abroad – can now start a business in two hours and from the comfort and safety of the office or home.

The Government of Benin’s new online platform, MonEntreprise.bj, will help businesses launch efficiently and lower barriers to entry into the business world.

It is now also the only way entrepreneurs in Benin can formalize their businesses, since more government offices are closing to the public as part of social distancing tactics to minimize the transmission of the virus. 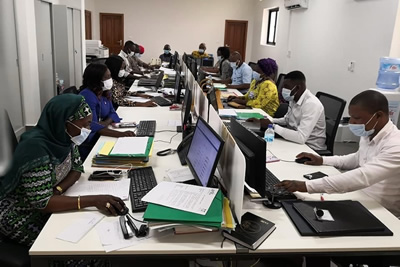 Despite the negative impacts of the global pandemic, innovation is allowing for business to continue in unusual circumstances, and a total of 138 new enterprises were created in the week of 16 to 20 March.

Through the system, a new business is automatically compliant with trade, tax, social security and department of labour obligations. Business owners also receive all their certificates in digital format.

“This is a big step forward, Benin is transforming,” said Laurent Gangbès, director-general of APIEx, Benin’s investment and export agency, which is behind the new initiative. “Whether you are in Benin or abroad, the constraint of travelling to create your business has been removed.”

“The MonEntreprise.bj portal is a major development for business in Benin. The country can only change thanks to this tool, which offers excellent conditions for entrepreneurship.”

This platform is part of the overall strategy of the Government of Benin to put in place a smart administration that delivers innovative services to the private sector and enables businesses to thrive.

This ground-breaking innovation was born of a long-standing partnership between Benin and UNCTAD.

“Systems like these, using online innovation to improve and streamline eGovernment, are crucial in a time of crisis,” said Frank Grozel, UNCTAD’s head of business facilitation.

“We can see now during the coronavirus pandemic why it is so useful, especially in African countries, to have online systems in place to support the entrepreneurial and business environment.”

Investing, starting and operating a business can be difficult in developing country contexts, due to inefficient, opaque and burdensome administrative procedures which act as a deterrent.

One of the biggest hurdles to starting a business is the many steps it takes to get even the basic paperwork in place, never mind the time costs of visiting various agencies and institutions to get started, said Mr. Grozel.

This is the type of red tape that UNCTAD’s business facilitation work aims to cut.

In African countries informality is an additional barrier.

In Benin, informality is particularly high. In 2009, the national statistics agency estimated that the informal sector represented up to 70% of the GDP and 95% of employment.

But the new single window removes the red tape and builds trust in the government among entrepreneurs, many of whom wanted to formalize their operations but were previously curtailed by time and cost constraints.

“Making it easy for informal businesses to join the formal sector and to comply with rules and obligations is essential for economic growth that is inclusive,” said Mr. Grozel.

“Starting a business is the first step in any investment in the country. A seamless and transparent registration process attracts investors and promotes the country as an investment destination.”

“We applaud Benin and the advances they have made over the past decade to improve their business climate. MonEntreprise.bj is the latest in an excellent suite of business support,” he added.

One of the added benefits of the new digital tools such as the single window, is the data it generates.

Thanks to MonEntreprise.bj, APIEx is now able to capture, in real time, important data about who starts a business, for which business activity, and on other key metrics such as geographic location.

Specific data is now available on women's entrepreneurship for example. Since the launch of MonEntreprise.bj, 451 women have started a business, 87% operating as sole proprietors.

By contrast, men in the same period have started 1,296 new business ventures, almost three times as many as women. Only 20.9% of newly formed companies have a woman listed as a director.

This data can help identify gaps and influence and change policy.

“The data generated helps policies become smarter, providing the government with a tool – and critical information – to create more effective policies,” said Eric Akouté, APIEx’s Director of studies. “It is a top priority to adjust our means with specific and targeted goals. We need some results.”

UNCTAD has a long-standing cooperation with the Government of Benin. The UNCTAD-Benin business facilitation project is supported by the Netherlands. 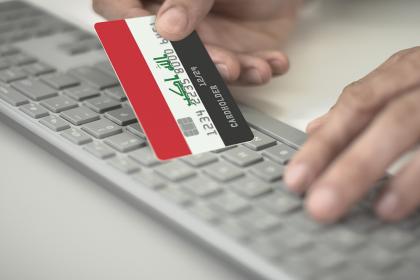