Coronavirus could shrink global FDI by 5% to 15%

The coronavirus (COVID-19) outbreak could cause global foreign direct investment (FDI) to shrink by 5%-15%, according to an UNCTAD report published on 8 March.

The UN trade body had projected earlier a stable level of global FDI inflows in 2020-2021 with a potential increase of 5%. Now it warns that flows may hit their lowest levels since the 2008-2009 financial crisis, should the epidemic continue throughout the year.

COVID-19’s negative impact on investments will be felt strongest in the automotive, airlines and energy industries, the report says.

Although the economies most severely affected by the epidemic will be the hardest hit, shocks to consumer demand and the economic impact of supply chain disruptions will affect investment prospects in other countries.

“The ripple effect could cause a major setback to efforts of government around the globe to attract the private investment needed to achieve sustainable development objectives,” UNCTAD Secretary-General Mukhisa Kituyi said. 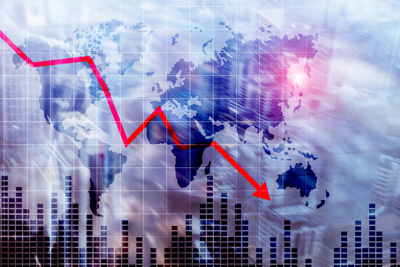 “Such a setback could deepen inequality and worsen vulnerability for many countries.”

Of the 100 multinational enterprises that UNCTAD tracks as a barometer of overall investment trends, more than two thirds have issued statements on the impact the virus has had on their business. Many are slowing capital expenditure in affected areas, and so far 41 have issued profit alerts.

Lower profits will translate into lower reinvested earnings, a major component of FDI.

“Most [revisions] concern the consumer-facing firms, indicating that the demand shock, for now, is expected to have more direct effects on earnings than production or supply chain disruptions,” the report says.

A wider sample of the top 5,000 listed companies showed earnings forecasts for fiscal year 2020 have been revised down by an average of 9% (Table 1). The automotive industry (-44%) and airlines (-42%) have been the hardest hit.

“Companies in these sectors and industries are normally important capital investors,” the report says.

So far, the most significant negative revisions in the automotive industry come from parts producers based in the most affected areas in South-East Asia, while leading carmakers in developed economies have not yet registered the shock.

“The negative impact of the virus is likely to spread and increase further,” UNCTAD warns, adding that it will continue to monitor the outbreak and its potential impact on FDI and global value chains. 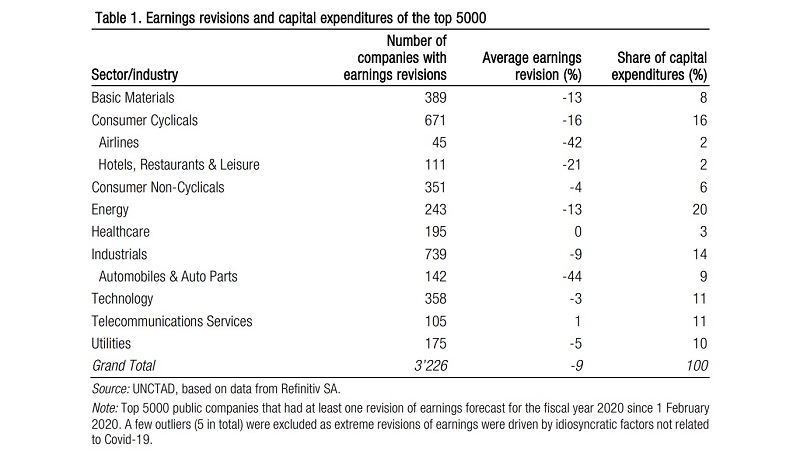