COVID-19: A threat to food security in Africa 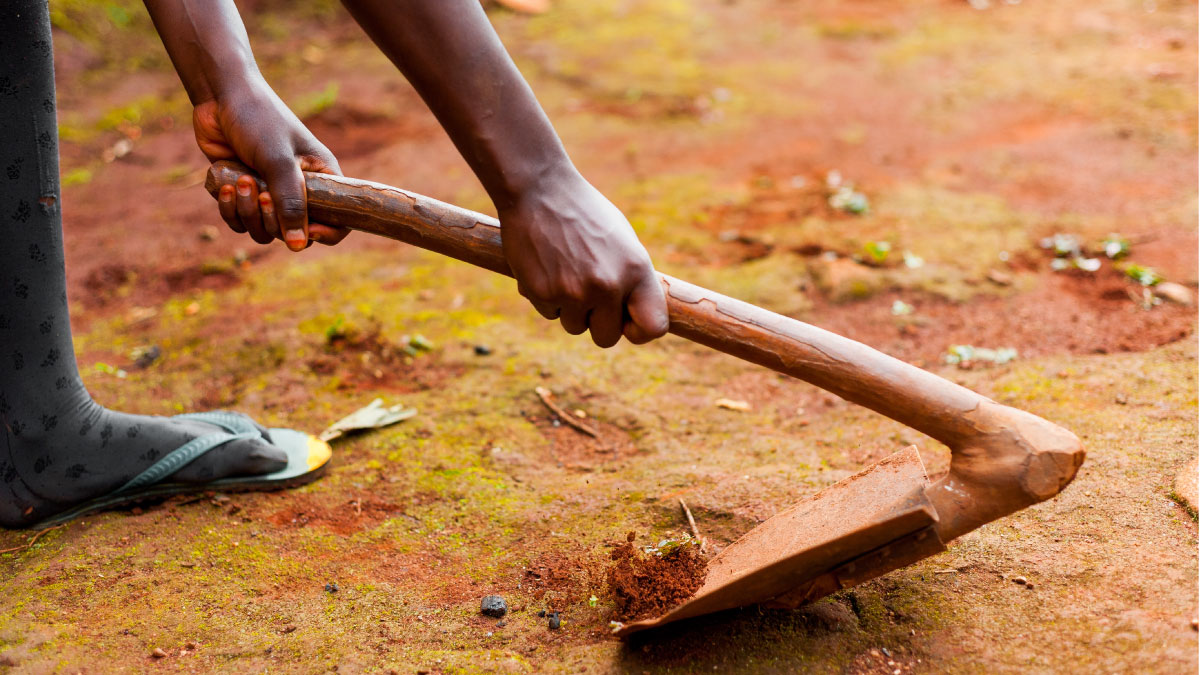 The International Monetary Fund has projected a deep coronavirus-induced global recession, which threatens a nearly 4% drop in world GDP and could drag the GDP of African economies into a fall of about 1.4%, with smaller economies facing a contraction of up to 7.8%.

This decline is mainly a result of export adjustments affecting primary commodity exporters and associated tax revenue losses. This in turn, reduces governments’ capacity to extend the public services needed to respond effectively to the crisis.

Overall, UNCTAD estimates a regional average of about 5% in public revenue losses in Africa. Total merchandise exports are expected to contract by about 17% in 2020.

These losses will have repercussions on Africa’s progress towards the Sustainable Development Goals and Africa’s Agenda 2063. With at least 60% of the African population dependent on agriculture for their livelihoods and access to food, any trade-related distortions to the sector can threaten the food security of the continent’s poor.

In addition to the impact of extreme climate shocks on agricultural productivity, there is a strong positive correlation between economic recession and food insecurity in Africa. Despite the continent’s huge resource endowments (including a wide availability of arable land, and a young, growing labour force, among other factors), the continent’s agricultural production alone, hampered by distribution, access, and affordability challenges, is insufficient to meet its food security needs.

From 2016 to 2018, Africa imported about 85% of its food from outside the continent, leading to an annual food import bill of $35 billion, which is forecast to reach $110 billion by 2025. This heavy reliance on world markets is detrimental to food security, especially at a time of acute crisis. A situation exacerbated by the current COVID-19 crisis through its direct impacts on trade, logistics, production and value chains. In several African countries, the disruption of marketing and trade activities, and COVID-19-related panic-buying, exacerbated food price increases (especially cereals) between March and June.

National policy responses to limit the impact of COVID-19 on food markets in Africa have varied, from the removal of value-added taxes on food products to export restrictions on key food items. For example, on 26 March, Kenya reduced the value-added tax on all goods from 16% to 14%. Sudan introduced a ban on sorghum exports on 15 April to ensure domestic availability.  Export restriction policies and hoarding short-circuit trade and distribution, thus exacerbating the risks of food insecurity, especially for the continent’s most vulnerable populations.

Administrative restrictions imposed by governments, such as lockdowns, travel restrictions and physical distancing measures have also worsened the risk of food insecurity. These restrictions are being felt particularly strongly by low-income households and those working in the informal economy, due to their loss of livelihoods and inability to access markets.

In Africa, recent estimates suggest that 73 million people are acutely food insecure. Furthermore, since last year, African regions, particularly the Sahel and southern Africa, have been severely affected by climate change. And the unprecedented locust outbreak in the Horn of Africa put additional pressure on regional food systems. The region is particularly at risk, given the prevalence of conflict and political instability. A regional slump in food production and a fall in global demand may prolong the negative trade effects of COVID-19, with poverty and food insecurity expected to continue to rise in 2021.

UNCTAD’s macro-econometric model assessing the possible effects of COVID-19 on African economies generates conservative estimates based only on global shocks that affected trade between Africa and the rest of the world. The results of the model show that African net food exporters were among the hardest hit. They not only faced low export volumes due to depressed world demand, but also a productivity slump. This will take time to return to equilibrium after 2020. However, the impact on the food sector is disproportionately higher among smaller economies, which face a relatively deeper reduction in their food exports and resulting revenue. In the worst-case scenario of a 4% drop in worldwide GDP, UNCTAD estimates that food exports from African countries could decline by about 3%. This could be accompanied by a total contraction in the region’s GDP of about 1.4%. At the country level, GDP contractions could reach 7.8% in Comoros, 6% in Guinea Bissau, 5.6 % in the Seychelles and 4.5% in Malawi, among others.

Although food exports are important, for small island developing states (SIDS) like Comoros and the Seychelles, the key COVID-19 related shock to their economies is the collapse in demand for tourism services. Furthermore, heavy reliance on trade taxes and duties could lead to severe COVID-19 related revenue losses in African LDCs. According to UNCTAD’s forthcoming model, revenue losses could reach 5.8% in Burundi, -7.6% in Comoros, -10% in The Gambia, -10.2% in Malawi, and -7% Sierra Leone. Revenue losses greatly undermine the ability to import productivity-enhancing inputs for domestic production and food exports. Furthermore, despite the favourability of lower fuel prices for net fuel importers, the recession in least developed countries and SIDS may also lead to reduced fuel imports, as production in other sectors remains depressed. For example, countries like Burundi (-26.6%), Cabo Verde (-8.5%), Comoros (-30%) and Malawi (-15%) are all expected to import less fuels during 2020 and 2021.

How to blunt the COVID-19 impact

In order to address the impact of COVID-19 on food security in the long term, Africa will need to build productive capacities to address underlying economic vulnerabilities, and strengthen continental capabilities to better manage food, pandemic and/or health-related crises. Unnecessary export restrictions on food can have far-reaching consequences for the multilateral trading system and African economies. Such measures will not only impede progress in managing the current crisis, but also compromise African countries’ longer-term efforts to tackle food insecurity and poverty. African governments should ensure the movement of goods, including food, and related essential services (i.e. transportation) is guaranteed. COVID-19 has clearly highlighted the degree of interconnectedness between countries and the importance of maintaining trade links to ensure minimal disruptions to food supply.

African countries also need to reduce their commodity dependence, which has been among the key factors increasing their vulnerability to food insecurity. The diversification of their commodity base and value addition will be critical in achieving this, particularly if effectively augmented by a significant increase in agricultural labour productivity and the full implementation of the African Continental Free Trade Area (AfCFTA). It is likely that food security in African countries will benefit from the effective implementation of the AfCFTA. This includes through greater economic diversification (value addition and intra-African trade), the creation of jobs and revenue to fight poverty and food insecurity. Moreover, the AfCFTA can support the procurement of food from closer regional markets. All these factors could go a long way to enhance the continent’s food security and reduce vulnerability to current and emerging shocks.