Although trade negotiators and Internet experts increasingly work on similar e-commerce issues, such as data flows, they do so in silos. A bridge between them needs to be built.

As the Internet has evolved from "the information superhighway" to a platform where people and companies increasingly do business, governments have tried to use international trade agreements to regulate a growing number of issues related to online commerce, without fully understanding how the web works and is governed, the Internet Governance Forum heard this week in Geneva, Switzerland.

Experts and policymakers expressed concern with the trend, saying that trade negotiations limit the Internet to the commercial activities it facilitates, whereas the web's value lies also in the way people use it to express and exchange political, social and cultural ideas.

In fact, many issues related to e-commerce, such as the flow of data across borders, hit on non-economic concerns because they affect, for example, people's right to privacy. 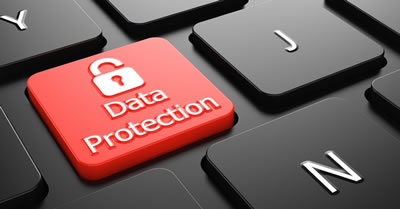 "The worry is that the trade process could go forward on an intergovernmental basis with people who are skilled at trade negotiations but who are not deeply embedded in a holistic understanding of the Internet…as a fundamental catalytic force for socio-economic development," said William Drake, an international fellow and lecturer at the University of Zurich, Switzerland.

"Either way, it's clear the trade community is looking to move further toward establishing binding treaty-based obligations regarding commerce over the Internet and the flow of information and data," Mr. Drake said.

In 2003, Singapore and Australia signed one of the first free trade agreements with a full chapter on e-commerce. Since then more and more agreements -- including the mega Trans-Pacific-Partnership -- have included legal provisions on issues such as cybersecurity, net neutrality, online intellectual property protection, and data localization, which sets stringent criteria for transferring citizens’ information across borders.

As these topics become part of trade negotiations, they become another card in the game of swapping concessions as countries try to gain access to new markets.

The European Union, for example, has strict data-protection rules but is close to concluding a deal with Japan that would build on their recent free trade agreement and allow businesses to seamlessly transfer personal data between Brussels and Tokyo.

Similar provisions, which could have a lasting effect on how the Internet is governed, are part of important ongoing deals like the Trade in Services Agreement (TiSA) and the renegotiation of the North American Free Trade Agreement (NAFTA).

"People in [the Internet] community have become increasingly critical of what's going on in the trade community," Mr. Drake said, adding that the criticisms concern the process as much as the substance.

Because trade agreements often bring together developed and developing economies, the fear is that economic and politically stronger nations could use binding obligations on e-commerce to challenge other governments’ Internet rules and policies as trade barriers.

Anriette Esterhuysen, executive director of the Association for Progressive Communications, said that in trade negotiations involving least developed countries, for example, data protection is usually considered from the perspective of large multinational companies' interests, not the needs of citizens.

The closed nature of trade negotiations has become widely critiqued among the Internet community.

"Governments will always tell you…that you can't do the trading of concessions for market access in an open public space. That, you know, if Country A is saying 'I will open my market and financial services in exchange for access to your market in bananas', you don't want to do that in public," Mr. Drake said.

But such negotiations are not closed to all non-state actors, and those critical of international trade talks say big companies find ways to exert influence over the outcomes, while other stakeholders, such as non-governmental organizations, are denied a seat at the table.

"We had the recent issue of civil society being excluded in Buenos Aires," Ms. Esterhuysen said, referring to the World Trade Organization's (WTO) Eleventh Ministerial Conference (MC11), which wrapped up last week in the Argentine capital.

"When there are e-commerce negotiations or discussions or policy development, it tends to be very limited…the people who are looking for economic opportunities through the digital economy are not at the table," she said.

According to Torbjörn Fredriksson, who steers UNCTAD's work on information and communication technology policy, part of the problem is a "culture clash" between how the trade and internet communities work.

"One of the cultural clashes here is that trade negotiations are very much done in a government-to-government, state-to-state fashion, whereas the Internet governance discussion and policy developments are much more multi-stakeholder," Mr. Fredriksson said.

At Internet governance forums, such as the one convening in Geneva this week, civil society representatives sit next to people who represent multi-billion-dollar corporations and some of the world's most powerful economies. And the processes and discussions are done in a very transparent manner, often broadcast for the world to see.

"This is really fundamentally very different from what goes on in the trade world," Mr. Drake said.

As a result, the two communities have increasingly worked in “silos”, with limited communication.

This scenario is unfortunate for the Internet and for trade, participants said.

"And I think it's unfortunate because I frankly see a lot of potential…from a stronger cooperation between people in the tech specific world and internet governance community, and in the trade world," Ms. Schaake said, adding that it's high time to build bridges between the two communities.

Data localization, Mr. Drake said, could be a good place to start a joint conversation because this is an issue where both communities could find common ground.

Internet experts want to ensure that trade agreements aren't used to challenge privacy protection for commercial purposes. But like trade officials, they also worry about the damage that unjustified restrictions on cross-border data flows could do to Internet openness.

The first track would focus on strengthening the role of non-treaty-making intergovernmental forums, where trade officials and Internet experts could work together on "soft law" declarative statements, free from the immediate pressure of trade negotiations.

Such work has begun within certain forums, such as the Group of Seven (G7), the Group of Twenty (G20), and the Organization for Economic Cooperation and Development (OECD), but could benefit from greater consistency and coordination, the report says.

The second track would promote more inclusive dialogue in intergovernmental processes, to pave the way to broader consensus on e-commerce issues, which would ultimately give greater political legitimacy and support for the final decisions that governments adopt.

This could be done through a two-tier, concentric circles model, the report says, which would increase the inclusiveness of the processes while allowing governments to retain the last word on final decisions.

The inner circle would include experts from both communities working on an equal footing to develop a clearer picture of the costs and benefits of different policy approaches. And the outer circle would comprise a broader range of interested stakeholders, with online platforms providing public access to documents, reports and consultations.

Participants said that UNCTAD would be a relevant organization to provide face-to-face encounters between the two communities, for example, through its E-Commerce Week, and its new Intergovernmental Group of Experts on E-Commerce and the Digital Economy.

"I would also like to pay tribute to the work UNCTAD does actually bringing people from those communities together, more than I think any other institution I deal with. And I deal with every single institution in Geneva," said Julian Braithwaite, the United Kingdom’s ambassador to the UN and other international organizations in Geneva.

Such an approach may be unfolding among some WTO members, Ambassador Braithwaite said. Although no outcome on e-commerce was reached in Argentina, 70 member countries -- including more than 20 developing economies -- signed a joint statement expressing their intent to look at what trade rules should underpin online transactions, but to do so in a flexible way.

He said that one of the group's founding principles should be to work in a way "that brings in actually those very same stakeholders that have been so essential in the development of the Internet today".