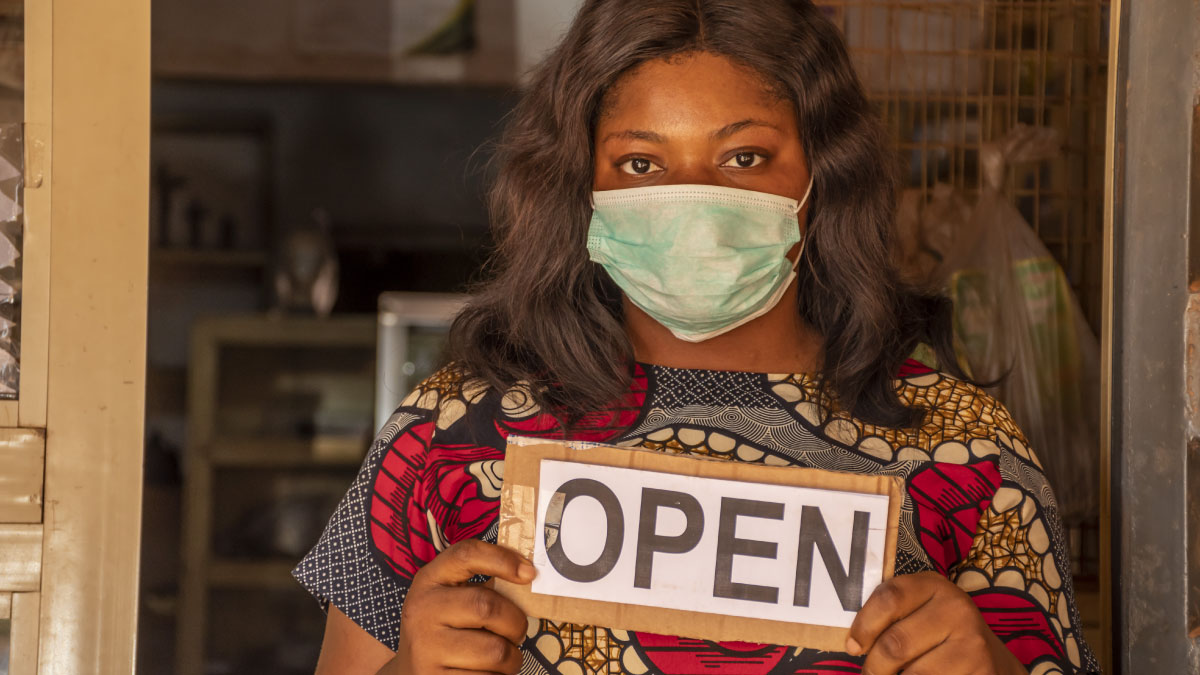 The United Nations estimates that African countries will need at least $200 billion to cope with the socioeconomic costs of the COVID-19 pandemic, in addition to emergency health spending. Where can the continent raise these new funds?

Prospects for new inflows are limited. Official development assistance to Africa has stagnated for a decade at around $48 billion per year and donor countries are unlikely to increase their aid commitments as they spend on recovery packages at home.

Meanwhile, UNCTAD predicts that foreign direct investment in Africa will plunge from $45 billion in 2019 to between $25 billion and $35 billion in 2020, with a recovery not expected until 2022.

Some African governments have raised funds in recent years by selling bonds on international capital markets. But as the COVID-19 crisis undermines the fiscal positions and risk appetite of institutional investors, this channel is likely costly and reduced until conditions improve. Furthermore, many African countries are already at risk of debt distress.

Tax revenues in Africa are also under severe pressure from the COVID-19 crisis. Most African countries depend on exports of raw commodities, such as crude oil and minerals, and also generate tax revenue by import taxation of manufactured and processed foods.

COVID-19 containment measures in the main export markets – such as China, Europe and North America – have caused demand for such commodities to crater and prices to crash  , hollowing government budgets in many African countries, particularly oil exporters.

Relief from debt payments by the Paris Club of major creditor countries, as well as emergency assistance from the International Monetary Fund and the World Bank will provide some fiscal space for African countries to respond to immediate COVID-19 response needs. However, the rise of new non-Paris Club creditors may make debt relief less effective.

Nevertheless, many African governments face the skyrocketing costs of the COVID-19 crisis, just as existing sources of funding dry up.

For example, despite rising COVID-19 infection rates in Nigeria, in early June the government proposed to cut the 2020 health budget by 43%, due to falling revenues from oil exports.

The proposed cut may be the tip of a larger iceberg, with 60% of the government budget initially earmarked for servicing the country's debt  , raising the prospect of default and further spending cuts if Nigeria doesn't receive a bailout and comprehensive debt relief.

Time to turn outflows into inflows

In this context, African countries should look for new funds from a counterintuitive source: illicit outflows. UNCTAD estimates that $88.6 billion per year leaves the continent in the form of illicit capital flight, which is wealth sent and held abroad.

Nigeria accounts for an estimated 46% of total capital flight from the continent, or $40.7 billion per year, followed by Egypt ($17.5 billion) and South Africa ($14.1 billion).

But the drain is more generalized than these outliers suggest: as a percentage of GDP, capital flight ranges from 2.7% in northern Africa to 10.3% in western Africa.

To illustrate the magnitude of capital flight relative to COVID-19 response measures, in particular the additional resources countries will need to devote to health programmes, Error: Reference source not found depicts capital flight and health expenditures as a percentage of GDP, in selected African countries.

Some capital flight leaves through legal channels, but the residual model used here estimates illicit capital outflows. Illicit financial flows (IFFs). IFFs are movements of money and assets across borders that are illegal in source, transfer or use.

As most countries in sub-Saharan Africa are dependent on exports of raw commodities, commercial flows of commodities are a focal area in the study of IFFs.

UNCTAD estimates that the persistent gap between what African countries report as commodity exports and what their trading partners report as imports (also known as export under-invoicing), was at least $40 billion in 2015, with gold exports representing 77% of the total.

As an illicit outflow, trade misinvoicing contributes to capital flight and lost taxes, eroding the resources available for African countries to respond to crises such as COVID-19.

An opportunity to widen fiscal space

Curbing capital flight and IFFs, as part of a wider effort to improve tax collection, could raise tax revenue in African countries by an additional 3.9% of GDP, or $110 billion a year.

Although this sum will not finance the entirety of Africa's COVID-19-related socioeconomic costs, it would give African governments invaluable fiscal space to respond to the pandemic and future crises.

IFFs are inherently difficult to identify and monitor, so governments must begin by collecting more and better data on trade and capital flows.

This includes building the capacity of tax and customs authorities, with a focus on sectors at high risk of IFFs, such as extractives, financial services and telecommunications.

In parallel, governments should strengthen their legal frameworks, giving regulators the tools to close leaks and recover illicit outflows. This includes closing loopholes in bilateral investment and tax treaties.

Governments should also embrace the valuable contributions of civil society organizations to transparent oversight and legislate protections for whistleblowers and investigative journalists.

IFFs involve cross-border flows, so effectively combating them requires governments to share tax and trade data and align their regulations at the bilateral and regional levels.

African governments also need to improve their coordination and engagement with the international tax reform agenda, to ensure their priorities receive due attention.

Cushioning their populations from the socioeconomic costs of the ongoing COVID-19 crisis represents a major challenge for African governments.

Curbing capital flight and illicit financial flows is a potential source of new funds to respond to this challenge and build the resilience of African economies going forward.

Read the original article on AllAfrica