Top economists from UNCTAD and the International Monetary Fund agree it's time to sound the alarm on rising public debt in many low-income countries but disagree on how loudly the bell should be rung.

The differing opinions of the gravity of the situation surfaced on 2 May when a senior IMF official presented in Geneva the organization’s recent report on macroeconomic developments and prospects in low-income developing countries – nations whose per capita gross national income is less than $2,700.

The group currently includes 59 countries accounting for about one-fifth of the world’s population and 4% of global output.

According to the report, presented by Séan Nolan, deputy director of the IMF’s strategy, policy and review department, almost three quarters of low-income developing countries faced higher government deficits in 2017 than during 2010–2014. The group’s median public debt-to-GDP ratio now hovered around 47%, up from about 33%, he said. 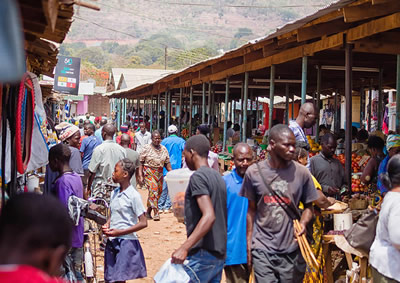 Although such a ratio pales in comparison to the situation in some eurozone countries – Portugal’s debt-to-GDP ratio is 125%, for example, and Italy’s is even higher – the situation in many low-income developing countries is more troubling, he said, because their governments have a significantly smaller tax base to help shoulder the burden.

“Countries such as Mozambique, such as Chad, such as the Republic of Congo, have begun to default because the debt situation is unfinanceable,” Mr. Nolan said.

In fact, in just four years the share of low-income developing countries at high risk of debt distress or already unable to service their debt fully has almost doubled to 40%.

But although Mr. Nolan sees reason for concern, he’s not ready to hit the panic button just yet, saying the situation in low-income countries has deteriorated but isn’t “charging off the cliff at 100 miles per hour”.

“The lights are flashing orange. Not red, but orange,” he said.

For UNCTAD director Richard Kozul-Wright, however, the figures presented in the report paint a starker picture. He pointed to the report’s own assessment that “the combination of sluggish per capita income growth and falling investment levels, observed across a sizeable number of [low-income developing states], represents a significant set-back in the first years of pursuit of the Sustainable Development Goals (SDGs).”

“Given that the Sustainable Development Goals are framing the development narrative, that’s a statement that I think merits to be more than orange flashing. It’s a red flashing statement,” said Mr. Kozul-Wright, who directs UNCTAD’s division on globalization and development strategies.

“And to some extent we think some of these countries have dodged a bullet,” he added, saying that several key external factors have been more favorable than anticipated, including a dollar that hasn’t increased as expected, a relatively benign bump in interest rates, and commodity prices that “have essentially been positive over this period”.

“The worry for us is that despite [these favorable conditions] there is still a surprising number of countries in this group that have moved towards or are in debt distress,” Mr. Kozul-Wright said.

One reason the IMF sees orange flashing lights instead of red is the report’s forecast that the situation will stabilize in many low-income developing countries over the coming years.

But such a prediction, Mr. Nolan admitted, shouldn’t necessarily be taken at face value.

“Debt sustainability assessments have a positive bias,” he said. “They’re usually overly optimistic because of assumptions about policy – because you assume, for example, significant fiscal adjustment is going to occur.”

Mr. Nolan said the assessment of Ghana in 2013 provided a good example of positive bias.

At the time, the country was assessed as having only a moderate risk of distress despite a heavy debt burden because analysists assumed that the government would follow through on their commitment to cut the primary deficit by four or five points, he said.

“Well, what actually happened was they didn’t do it and they did have a debt distress problem in 2015,” Mr. Nolan said.

For Mr. Kozul-Wright, such a poor track record at predicting the economic future makes UNCTAD even more nervous about what the future holds for these countries.

“Over the last 27 years, the IMF has predicted every October that an average of five economies will contract the following year. In practice, an average of 26 have contracted. This suggests that the six countries that the IMF predict will be in recession for 2018 could rise to as many as 31,” he said, quoting a recent Financial Times article.

“So, I think we need to be skeptical of that rather benign projection of the external environment in which these countries find themselves,” he said.

Mr. Kozul-Wright added: “The possibility for external shocks, I think, is significant. And if that happens, there may not be a kind of universal debt crisis that we saw in the 1980s and to some extent at the end of the 1990s. But any country that gets hit by such a shock is guaranteed not to be able to make the SDGs by 2030.”

A point on which the two economists agreed was that the changing landscape of creditors will make any future debt restructuring processes more difficult.

“The costs of entering into debt distress will be significantly higher than was the case in the 1990s,” Mr. Nolan said. “And it wasn’t much fun in the 1990s.”

For Mr. Nolan, the reason it will be “even messier the next time around” is that borrowers have moved away from traditional official creditors, such as multilateral institutions like the World Bank and members of the Paris Club – a group of major creditor countries.

Such evolutions are important, he said, because although a wider range of creditors offers more choice to governments, the new forms of private credit often entail higher interest rates and shorter maturities, making them more burdensome.

Even more worrying is that the new creditors are much less coordinated, so future debt resolutions could be more troublesome.

“In the old creditor structure, where most of the creditors were bilateral creditors in the Paris club, there was a coordination mechanism that facilitated debt restructuring,” Mr. Nolan said, adding that such a mechanism is needed to ensure “that a whole group of official creditors step up to the table and give debt relief on similar terms.”

“We don’t have that structure anymore,” he said. “And so, resolution is going to be more difficult going forward.”

“You redeem yourself slightly by referring to the UNCTAD principles in your presentation, but it’s not referenced in the report itself,” he said to Mr. Nolan.

“I think the principles of responsible borrowing and lending that we have, and which have been noted by the G24 and the [Financing for Development process], are actually better than the G20’s,” Mr. Kozul-Wright said.

“There was a serious process of four or five years of research and consultation that went into the UNCTAD principles which I don’t think you can say actually about the G20 principles,” he added.

And while the UNCTAD director didn’t have much against the main market-based responses the report proposes – the need for more transparency, for better data and more monitoring of the data – he strongly disagreed with the report’s failure to mention the need for a statutory workout mechanism, preferably at the multilateral level.

“I think your discussion of the emergence of new creditors actually would underscore the importance of that case,” he said, adding that UNCTAD has been pushing for such a workout mechanism since the mid-1980s, after the Latin American debt crisis.

“Most of the damage is done because the current system is not efficient, it’s not timely, and it’s not fair,” he said.

“And the only way that we think that you can really address those problems is through a more statutory kind of process, and so that’s something that UNCTAD, I think, will continue to push in the work that we do.”